Election to be held on 2 March, 2020 after deadline for forming a government by midnight on Wednesday passed 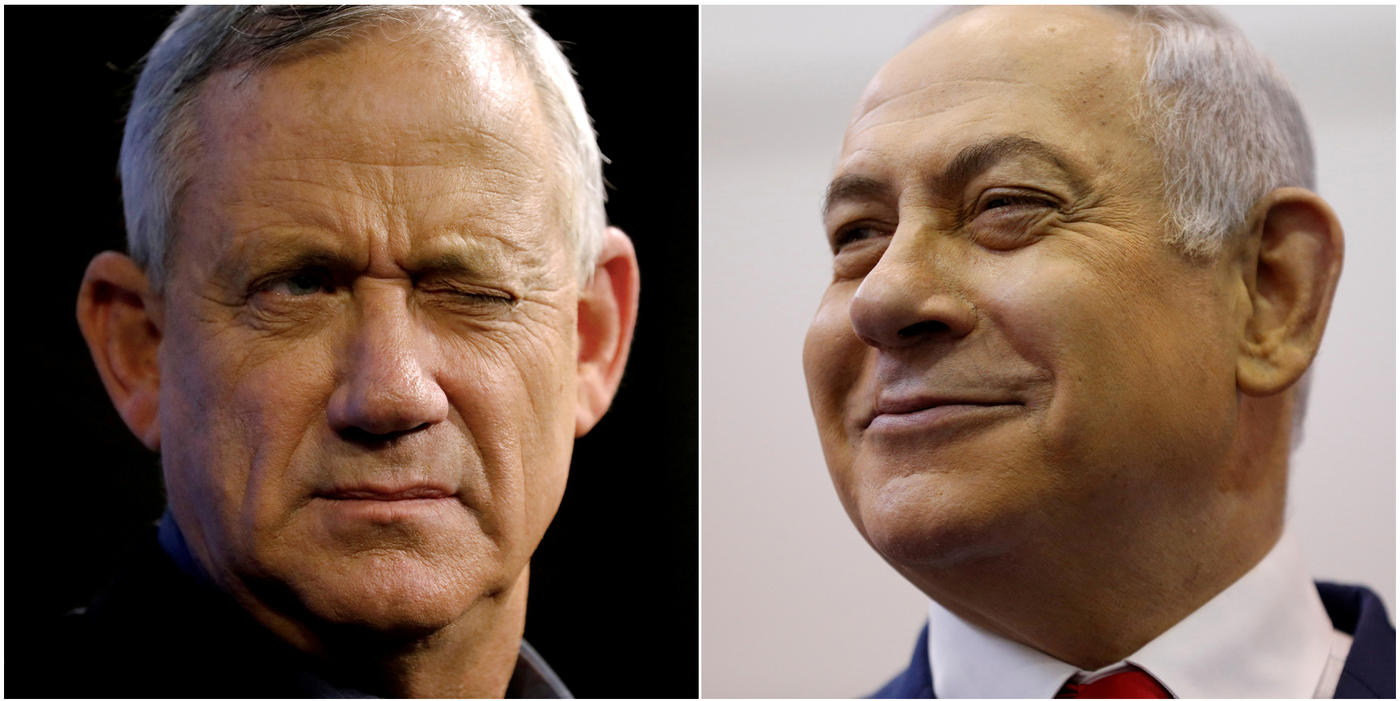 Both Netanyahu, right, and his main rival, former army chief Gantz, left, have been unable to form government (Reuters)
By
MEE staff

Israel is gearing up for an election in March 2020, the third in less than a year, after a deadline for forming a government by midnight on Wednesday passed with no last-minute progress in deadlocked efforts.

Both Benjamin Netanyahu, the interim prime minister, and his main rival, former army chief Benny Gantz, were unable to form a government since the last election was held on 17 September.

After giving preliminary approval on Wednesday, parliament joined to vote for its dissolution at midnight and approve a 2 March election date. The proposed date of the election had already been agreed by Netanyahu's Likud Party and Gantz's Blue and White Party.

Israel’s President Reuven Rivlin could have offered a mandate to a political figure to form a coalition government before midnight, giving the candidate  a two-week deadline to try reach a majority of 61 seats out of the 120 in the Knesset.

Instead, Rivlin allowed new elections to be scheduled.

The third election is expected to add fuel to the political chaos inside Israel, which also went to the ballot box in April.

Netanyahu’s opponents called for him to step aside, but Israel’s attorney general said that the premier is not legally required to step down unless convicted and with all appeals exhausted.

Likud won 32 seats in the September election, second to Blue and White, which took 33 seats. 'Elections are coming': Lieberman all but consigns Israel to fresh polls
Read More »

The former nightclub bouncer's party won eight seats in September, placing it as the fifth-largest after Likud, Blue and White, the Arab Joint List with 13 seats, and the ultra-Orthodox party Shas with eight seats.

The eight seats effectively made Lieberman a kingmaker regarding who could become prime minister, as his backing would have placed either Netanyahu or Gantz in power with a slender majority.

Lieberman, a secular far-right Zionist, is staunchly opposed to any ultra-Orthodox influence in Israeli politics and has called Palestinian citizens of Israel a “fifth column” in the country.

On Wednesday, he slammed Netanyahu, the longest serving Israeli prime minister, saying: “I have values and you have only interests.”

A new poll conducted by Israel’s Channel 13 shows the possibility of the Blue and White party winning 37 seats in March 2020, breaking the political deadlock and giving Gantz the chance to form a coalition government. 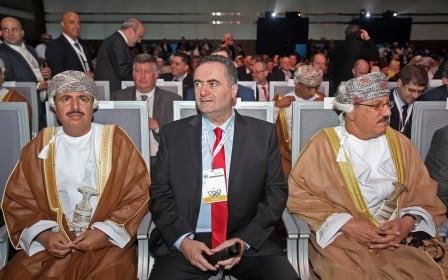 Analysis
Gulf-Israel ties: A new Middle East or a distraction from domestic chaos? Inside Israel
'Elections are coming': Lieberman all but consigns Israel to fresh polls