Muhammad Munir al-Tamimi, 17, 'executed in cold blood,' according to his mother, as protests rage against illegal West Bank Israeli settlements 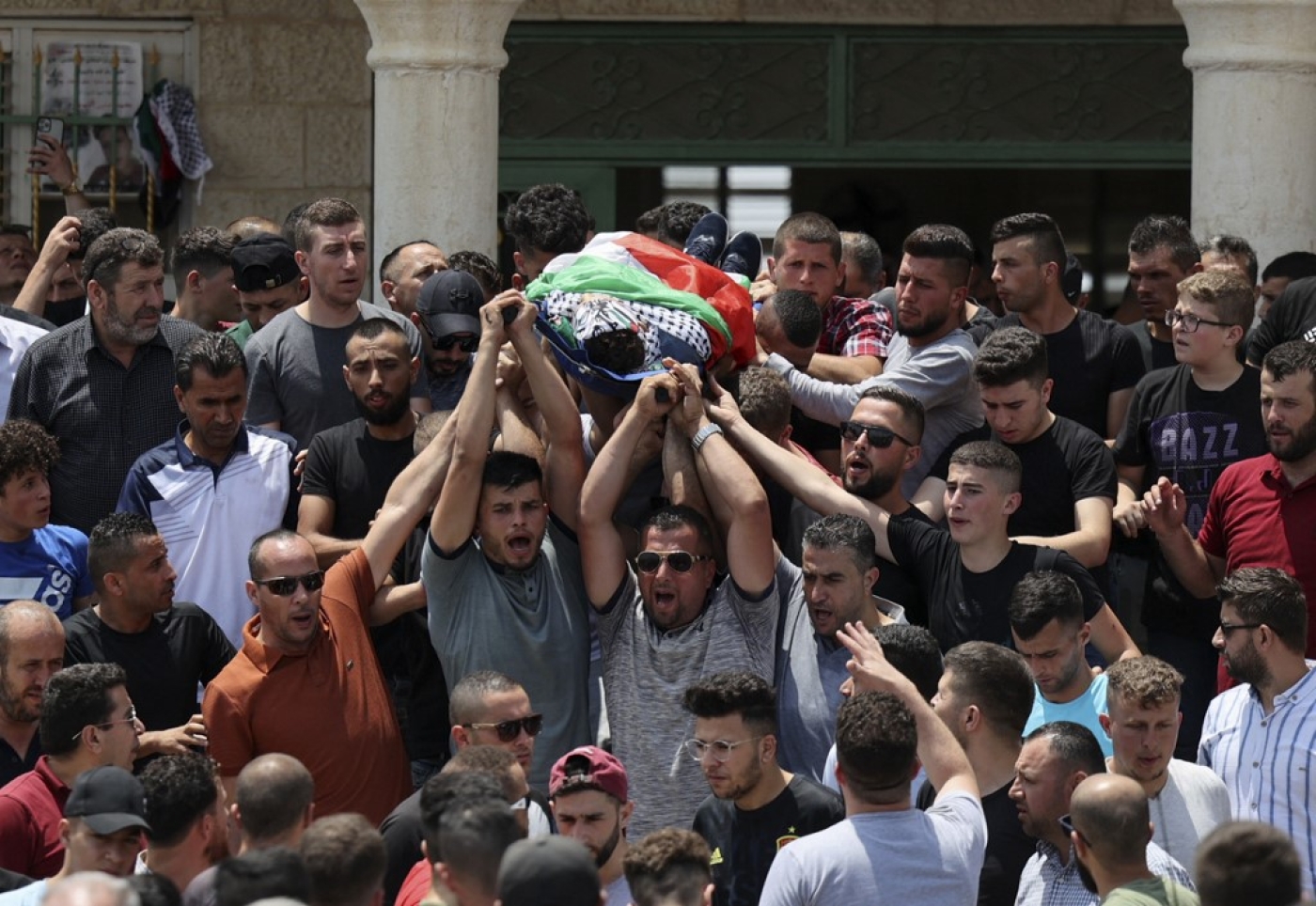 Palestinian men carry the body of Muhammad Munir al-Tamimi during his funeral in Deir Nizam in the occupied West Bank, on 24 July 2021 (AFP)
By
MEE and agencies

Israeli soldiers shot and killed a Palestinian teenager during a clash in the occupied West Bank on Friday, the Palestinian Health Ministry has said.

The boy, 17-year-old Muhammad Munir al-Tamimi, had been shot in the stomach during protests in the village of Nabi Saleh and later died of his wounds.

An Israeli military spokesperson said that a suspect hurling stones and "threatening a soldier's life" had been shot in accordance with the rules of engagement, Haaretz reported.

"They executed him in cold blood, with an internationally prohibited bullet," Tamimi's mother told AFP. 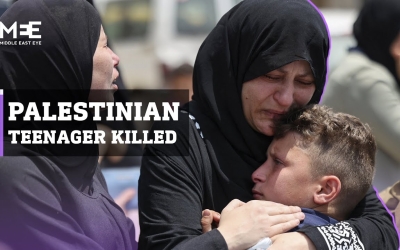 "There is a video documenting him [Israeli soldier] opening the door, shooting him at point-blank range and leaving."

Tamimi's death came after 146 Palestinians had been injured in clashes on Friday, including nine by live fire, 34 by rubber-coated bullets and 87 by tear gas, in the flashpoint West Bank village of Beita, according to the Palestinian Red Crescent.

The Israeli army said two soldiers were also "lightly injured" in the violence.

Hundreds of Palestinians had gathered in Beita, located in the north of the Israeli-occupied West Bank, to protest against the nearby illegal outpost settlement of Eviatar, according to an AFP correspondent.

The area has seen regular demonstrations against settlement expansion on Palestinian land.

The Israeli army said that "over the last several hours, a riot was instigated in the area of Givat Eviatar outpost, south of Nablus".

"Hundreds of Palestinians hurled rocks at IDF [army] troops, who responded with riot dispersal means," it said in a statement, adding that the two "lightly injured" soldiers were taken to hospital.

Jewish settlers set up the Eviatar outpost in early May, building rudimentary concrete homes and shacks in a matter of weeks.

The construction came in defiance of both international and Israeli law, and sparked fierce protests from Palestinians, who insisted it was being built on their land.

But following a deal struck with nationalist Prime Minister Naftali Bennett's new government, the settlers left the outpost on 2 July, while the structures they had built were to remain under army guard.

Israel's defence ministry said it would study the area to assess whether it could, under Israeli law, be declared state land.

Should that happen, Israel could then authorise a religious school to be built at Eviatar, with residences for its staff and students.

Around 475,000 Jewish settlers now live in the West Bank, which Israel has occupied since 1967.