Local residents threw chairs and insults at Mohammed Saud, with footage also appearing to show a young boy spitting in his face 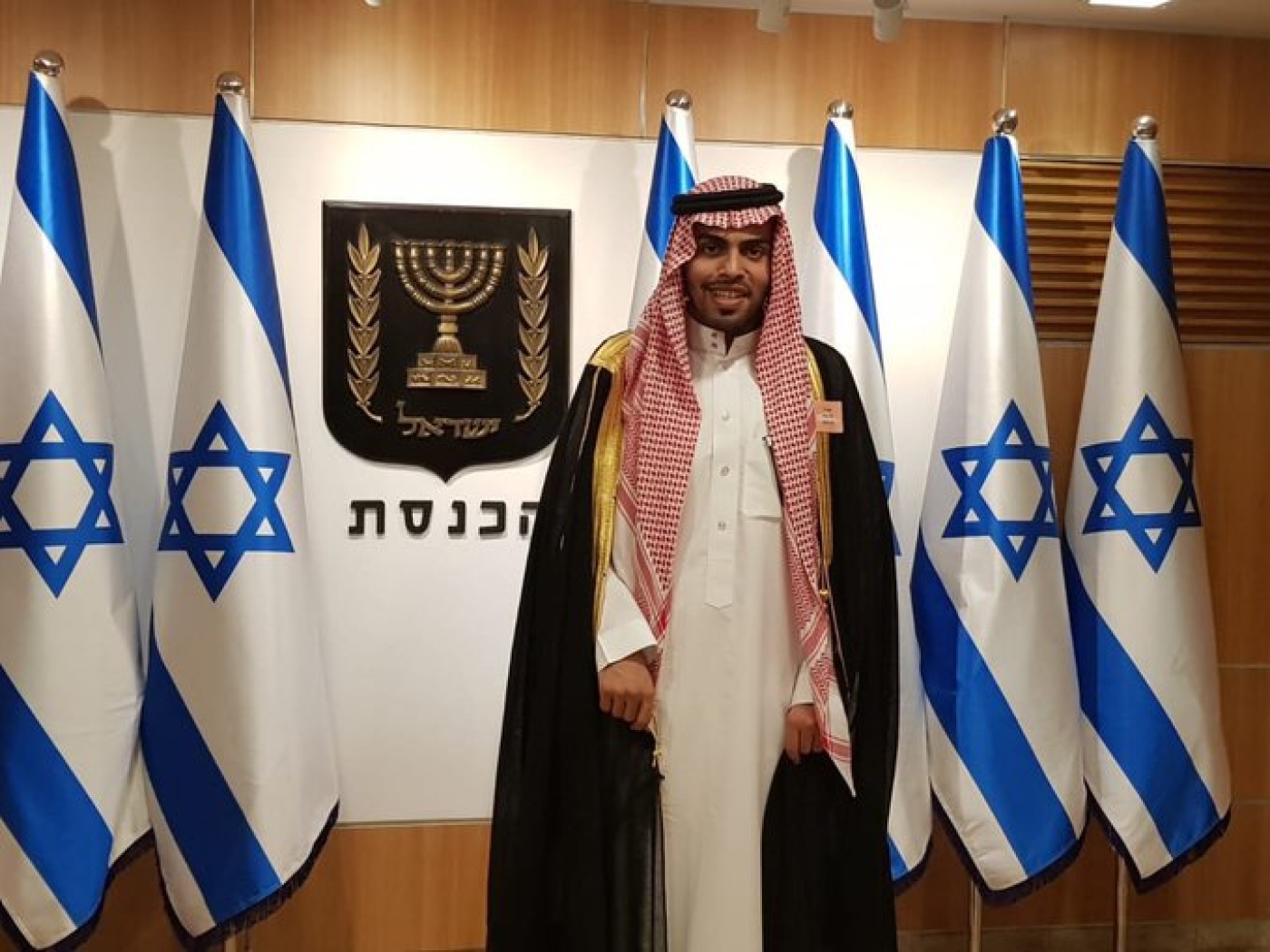 Four Palestinians including a 14-year-old boy have been banned by Israeli police from entering the Al-Aqsa compound after a Saudi blogger was attacked while visiting the site in occupied East Jerusalem's Old City as part of an Israeli government-sponsored delegation.

Footage of the incident, in which a young Palestinian boy appears to spit at Mohammed Saud and others shout insults and throw objects at him, was posted on social media following Saud's visit to the Old City on Monday.

Saud, a vocal admirer of Israel, was on a trip officially sponsored by Israel’s Foreign Ministry with five other journalists from Arab states.

Malek Nabulsi, 14, and three other Palestinian residents of East Jerusalem were barred from entering the Al-Aqsa mosque for 15 days, a period that could be extended, according to local media.

“Go pray in the Knesset,” someone told the Saudi blogger as he walked through the streets of the Old City. Others cursed and insulted him, calling him “traitor”, “Zionist”, “trash”, and “cheap”. 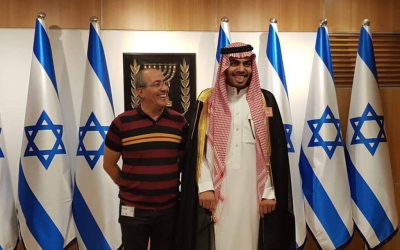 As he walked away from the Al-Aqsa compound, one Palestinian told him: “All the children of Palestine spit on you.” A child then jumped up and appeared to spit in his face.

Two of those arrested were journalists, and two were official guards of Al-Aqsa. They were released later on Tuesday.

Saud was part of a delegation of six journalists from the United Arab Emirates, Jordan, Iraq and Egypt, who met with members of Israel's parliament, the Knesset, and visited the Holocaust Museum.

He was the only one that made his name and picture public.

In the footage, the blogger is seen wearing a traditional black garb worn by sheikhs and royals in the Arabian Peninsula.

The delegation's visit is further evidence of the increasingly public ties between Arab states and Israel, which is only recognised by Egypt and Jordan in the Arab world.

Despite the lack of formal ties, Saudi Arabia and Israel have grown increasingly close in recent years, with the two countries finding common cause as enemies of Iran.

Arabs visiting Al-Aqsa as guests of the Israelis usually draw a hostile response from local residents.

In December 2003, Palestinians beat and threw shoes at then-Egyptian foreign minister Ahmad Maher, shouting "Traitor, why are you coming to pray in an occupied land?"

Maher suffered breathing problems and had to be rescued from inside the mosque by Israeli police.

"Trump will milk you, al-Saud," someone warned the Saudi blogger. Middle East Eye could not confirm the identities of the people appearing in the footage.

The Palestinian Journalists Union condemned the journalists' visit saying on Monday that it "rejects all types and kinds of normalisation with the Zionist enemy".