Joint List head Ayman Odeh says his bloc will not join government led by Gantz, but may potentially provide it enough votes to govern Israel's president on Sunday tapped ex-military chief Benny Gantz to form a government, calling for an end to a year of political stalemate to help tackle the coronavirus pandemic.

Reuven Rivlin's announcement was a blow to right-wing Prime Minister Benjamin Netanyahu, 70, who is fighting for his political life amid unprecedented political deadlock and a criminal indictment for corruption, which he denies, Reuters said.

Gantz on Sunday secured recommendations to lead a government from 61 lawmakers in the 120-seat Knesset, or parliament, in the wake of a 2 March election - the third national poll in less than a year, AFP reported.

"Tomorrow, around midday, the president will assign the task of forming the government to head of Kachol Lavan... Benny Gantz," Rivlin's office said in a statement on Sunday, using the Hebrew name for Gantz's centrist Blue and White party. Still, there is no guarantee that the disparate forces who supported Gantz on Sunday will agree to terms on a stable coalition, something that proved impossible following the two inconclusive elections last year.

Driven by the need to ensure a coherent policy response to the coronavirus pandemic, Rivlin therefore appears to be simultaneously pursuing a stop-gap option - an interim unity administration involving both Gantz and Netanyahu.

He summoned the two rivals to a meeting on Sunday evening for an "urgent conversation", which ended without agreement, but Likud and Blue and White said in a joint-statement the talks will continue on Monday.

As things stand, a Gantz coalition would likely have to be underpinned by two bitter enemies who have both endorsed him.

One is the Joint List, a coalition of lawmakers from Israel's 21 percent Palestinian-Israeli minority, and the other is hawkish former defence minister Avigdor Lieberman's far-right Yisrael Beiteinu.

Aside from being anti-Netanyahu, the Joint List and Yisrael Beiteinu have almost no common political ground.

Joint List head Ayman Odeh said his coalition's voters had voiced "an emphatic 'no' to a right-wing government and Benjamin Netanyahu". Odeh said his bloc would not join a government led by Gantz, but could potentially provide it enough votes to govern.

Both Netanyahu and Gantz have voiced support for an interim unity government to tackle the spread of the coronavirus pandemic.

The premier had earlier on Sunday specifically proposed a six-month arrangement that he would lead, but Gantz blasted the prime minister for floating that offer to the media before discussing ideas in private negotiations.

Israel has 213 confirmed cases of the coronavirus, with tens of thousands in home-quarantine.

Authorities have banned gatherings of more than 10 people and ordered schools, universities, restaurants and cafes to close, among other measures. Netanyahu was in January formally charged with bribery, fraud and breach of trust, becoming the first Israeli premier ever indicted in office.

Gantz has previously refused to serve in any government led by someone facing criminal charges, but that was before the coronavirus crisis.

Netanyahu's trial had been due to open on Tuesday, but Jerusalem's District Court said that given the severity of the global pandemic, it had been instructed to hear "only urgent matters".

"We have decided to postpone the first hearing until May 24," the court said, referring to Netanyahu's trial.

The premier is accused of a range of offences including receiving improper gifts and offering a media mogul lucrative regulatory changes in exchange for favourable coverage. He denies wrongdoing.

Still, Lieberman said on Sunday: "We recommend Benny Gantz for a very, very simple reason. In the previous election, we said the most important thing was to prevent a fourth election." 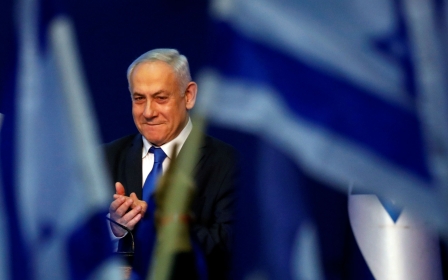 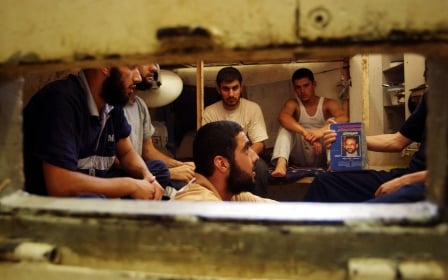