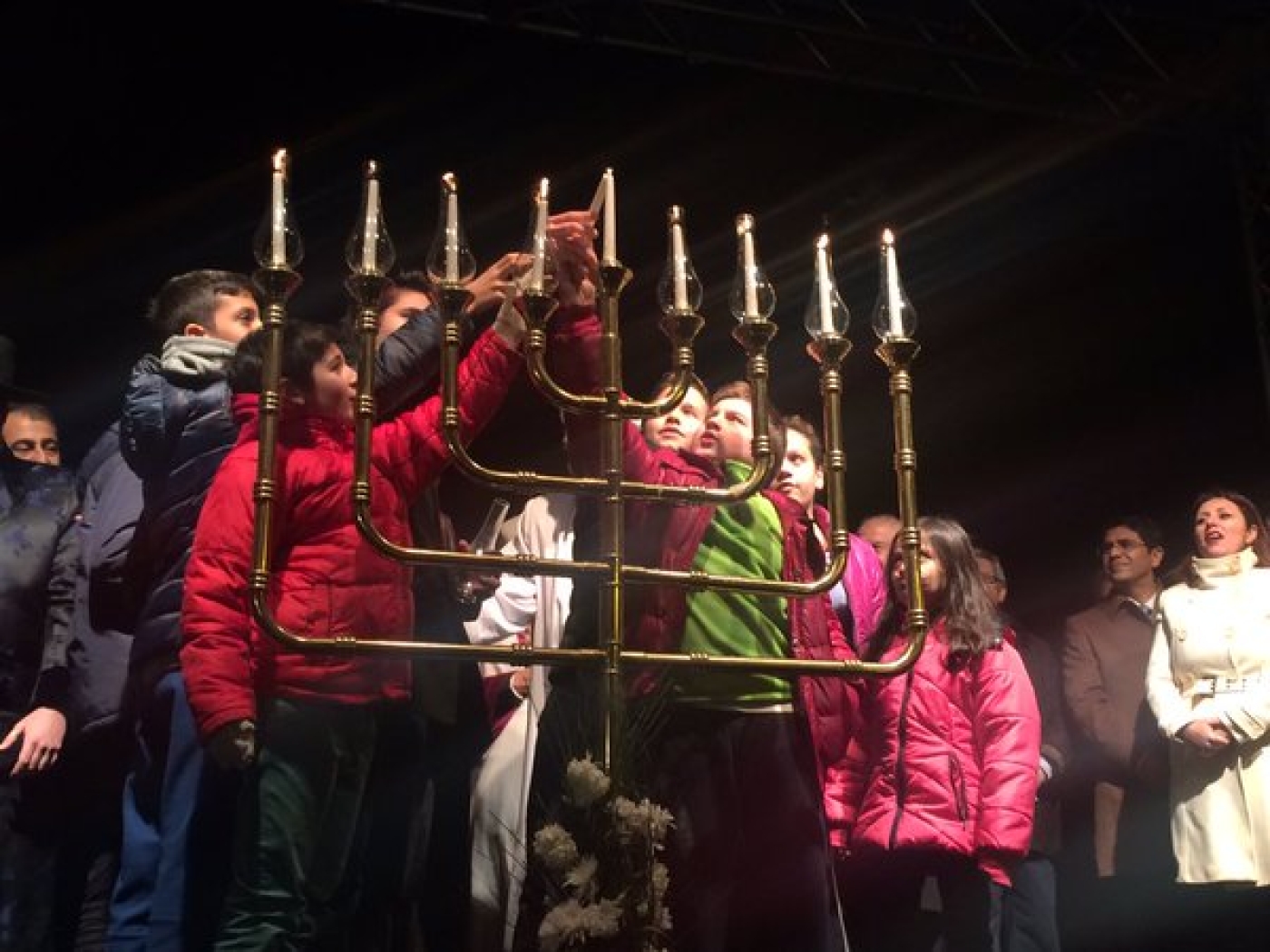 Istanbul saw its first public lighting of Hanukkah candles as the Jewish festival drew to a close on Monday.

Crowds gathered in Ortakoy Square near the shores of the Bosphorus on Sunday evening to celebrate the festival, with songs, prayers and the lighting of a giant set of menorah candles.

The event was organised by the Besiktas municipality and its district mayor Murat Hazinedar, from the main opposition Republican People’s Party (CHP).

The head of Turkey's Jewish community, Ishak Ibrahimzadeh, offered "heartfelt thanks" to the Turkish state, citizens and "dear Turkey as a whole” and called for the unity of the Turkish nation.

The lighting of the menorah candles is held in remembrance of the successful defeat of the Syrian-Greek Emperor Antiochus by the Israelites and the reclamation of the Holy Temple in Jerusalem.

According to the Jewish religious tradition, when the temple was reclaimed the Israelites searched for oil to light the menorah, but could only find enough for one night - however, after it was lit, the fire burned for eight days.

“The reforms that we have implemented, particularly over the last 13 years, have made it possible for all our citizens to live their faith freely, strengthening the feeling of unity, togetherness and belonging of our precious nation,” he said in a statement.

“Our Jewish citizens are an indispensable part of our society, and with these thoughts I wish peace, happiness and well-being to all Jews on the occasion of Hanukkah.”

Turkey’s Jewish population is the largest in the Middle East outside of Israel, and dates to a major influx of Jews into the Ottoman Empire in the 15th century following pogroms in Europe.

Though many emigrated to Israel in the decades following its creation, there are still as many as 26,000 Jews living in Turkey.

However, some Jewish groups have expressed concern about allegations of rising anti-Semitism in the republic, particularly pointing to a number of newspapers, some linked to the ruling Justice and Development party (AKP), publishing anti-Semitic conspiracy theories on their front pages.

Despite his cordial words, Erdogan has also in past been accused of using anti-Semitic language.

Following criticism of his government by the New York Times in the run-up to the June parliamentary elections, he claimed that the paper was backed by “Jewish capital”.

"Now, they are spitting out the same hatred on me…it's clear who their patrons are. There is Jewish capital behind it, unfortunately,” he told a rally of his supporters.

Much of the controversy has stemmed from the Turkish public's overwhelming identification with the Palestinian cause and hostility to Israel.

“Erdogan and AKP use blatant anti-Israel rhetoric for votes, and this comes back to us as anti-Semitic hatred,” said Denis Ojalvo, a Jewish expert on international relations living in Istanbul, speaking to Jewish-American magazine Forward.

“Ordinary Turks are unable to make the distinction between Israeli and Jew.” 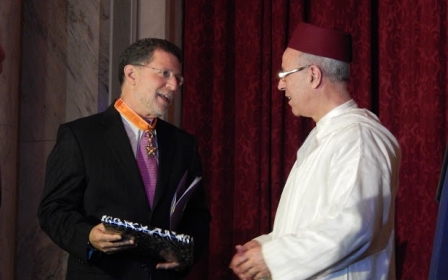 Religion
In the restoration of Moroccan Jewish cemeteries, interfaith calls for peace