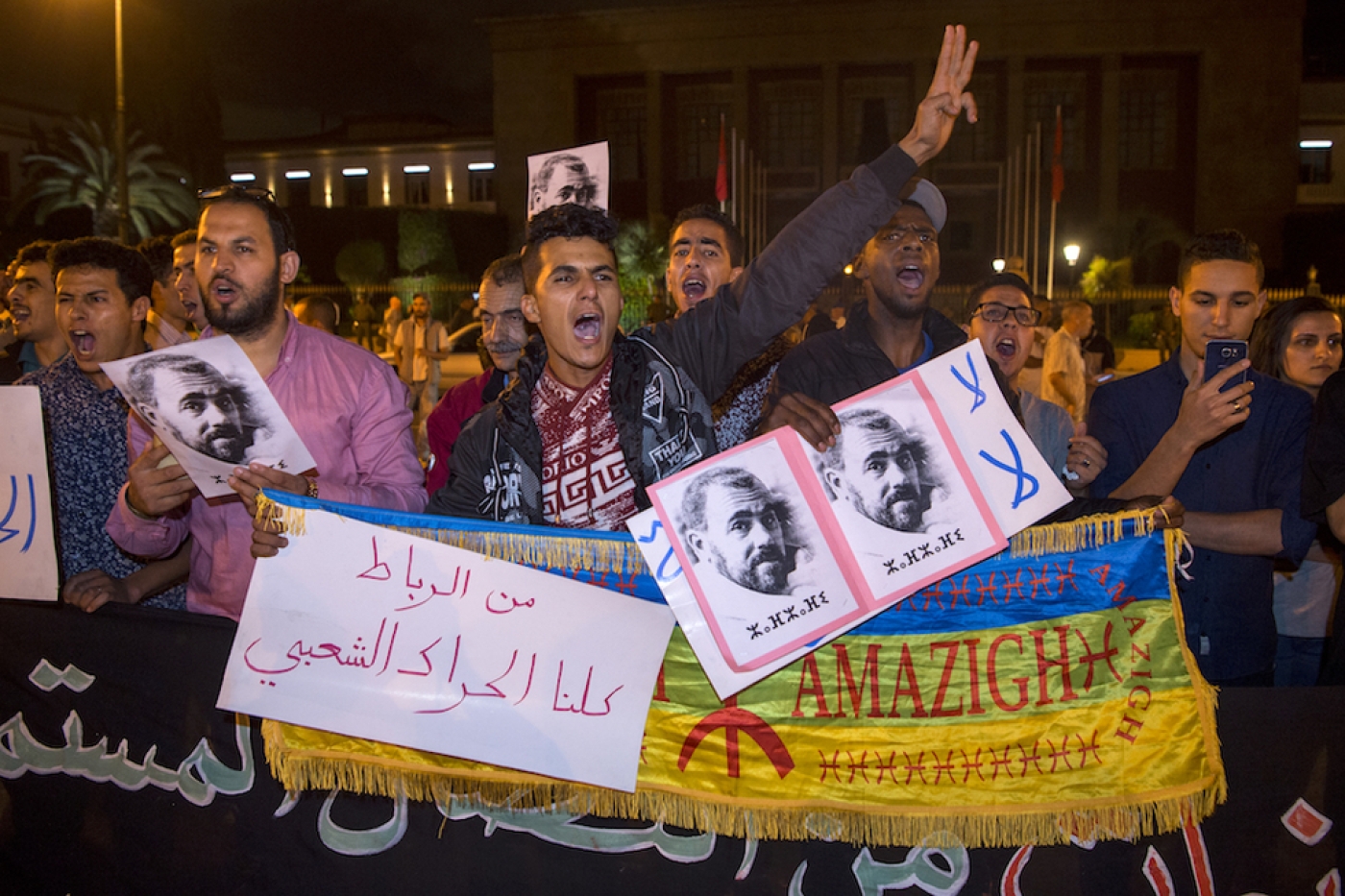 A jailed Moroccan human rights activist and a group of organisations working to protect migrants in the Mediterranean are among the finalists for the Sakharov Prize, the European Parliament announced on Tuesday.

Nasser Zefzafi is among three finalists for this year’s honour, which is awarded annually by the European Parliament to a top human rights defender from around the world.

The other finalists are Ukrainian film director Oleg Sentsov, who was sentenced to 20 years on politically motivated charges and has engaged in long hunger strikes in protest of his detention, and a group of NGOs “protecting human rights and saving the lives of migrants across the Mediterranean Sea”.

The NGOs include SOS Mediterranee, Save the Children and Doctors Without Borders International.

Zefzafi is a leader in the Hirak protest movement, which spearheaded demonstrations in Morocco's northern Rif region in 2016 and 2017.

The protests were sparked by the death of a fish vendor, who was crushed to death in a rubbish truck in Hoceima, in the country's north, in October 2016.

The vendor, Mouhcine Fikri, had gone into the truck to retrieve fish that had been confiscated by police.

Zefzafi was sentenced to 20 years in prison in June after a nine-month trial on charges of “plotting to undermine the security of the state”.

He is currently in prison in Casablanca and ended a one-week hunger strike last month in protest of his detention conditions.

The Sakharov Prize will be awarded on 12 December.