A Jordanian woman charged with insulting the throne has received a call pardoning her from King Abdullah, following a social media campaign that supported her right to freely express herself.

Earlier this week, 34-year-old Athar al-Dabbas was sentenced to one year in prison for saying “my father is better than the king” during an argument over car parking. Jordan: Woman given prison sentence for saying 'my father is better than the king'
Read More »

The sentencing had sparked widespread backlash on social media, and triggered a wider debate about freedom of speech in the country.

The phrase “my father is better than the king” was turned into a hashtag, which became the top trending term in Jordan on Tuesday, with scores of people denouncing the judiciary’s decision.

Following the social media campaign and increased pressure to resolve the situation, Jordan’s King Abdullah called Dabbas to pardon her.

Dabbas posted a video on Thursday in which she said that she had received a phone call from the king.

“He told me, with his own tongue, that you are like a sister to me, keep your morale high, and you should be proud of your father and we are all with you and I wanted to check up on you to make sure you are ok,” she said.

“I am really honoured that the king gave me his time, listened to me and did not treat me with injustice... I would like to thank the Jordanian people for amplifying my voice... thank you to everyone,” she added.

During the dispute that took place in Amman earlier this week, the complainant, Amal Hussein, a journalist, said: “His majesty is above everything and no one is above him. Your father is below him.”

Dabbas, whose father is dead, was angered by the comment, replying: “Who spoke about the king? For me, my father is better than the king and the whole world.”

Such comments were considered by the North Amman Magistrates' Penal Court as “prolonging the tongue” on the country’s king - an Arabic term that means using improper language.

Many have celebrated the charges being dropped against Dabbas, calling it a victory of social media and a huge success.

Translation: This is a victory for all those who took part on social media and demanded for this decision to be made, especially for those on Twitter who made their voices heard through the hashtag

Translation: The hashtag ‘my father is better than the king’ has reached them, which means our voices have reached them and is annoying them. But we will not stop or get bored. Freedom to all detainees.

The matter comes after a turbulent few weeks in Jordan.

Economic difficulties, paired with the Covid-19 pandemic, have caused widespread unrest in the kingdom. Internal rifts within the country's royal family have exacerbated the situation.

In a video sent by the prince to the BBC, he echoed widespread discontent with a clampdown on free speech, saying: "No one is able to speak or express an opinion on anything without being bullied, arrested, harassed and threatened.” 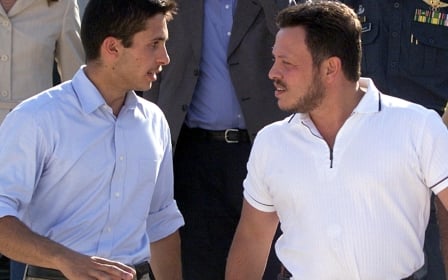 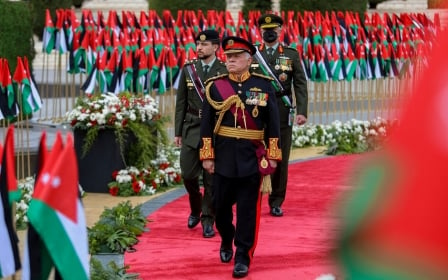 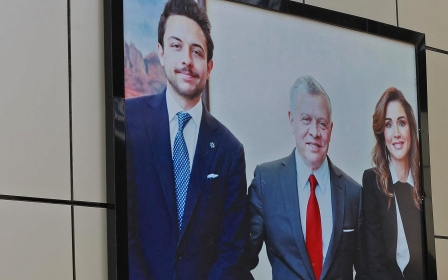