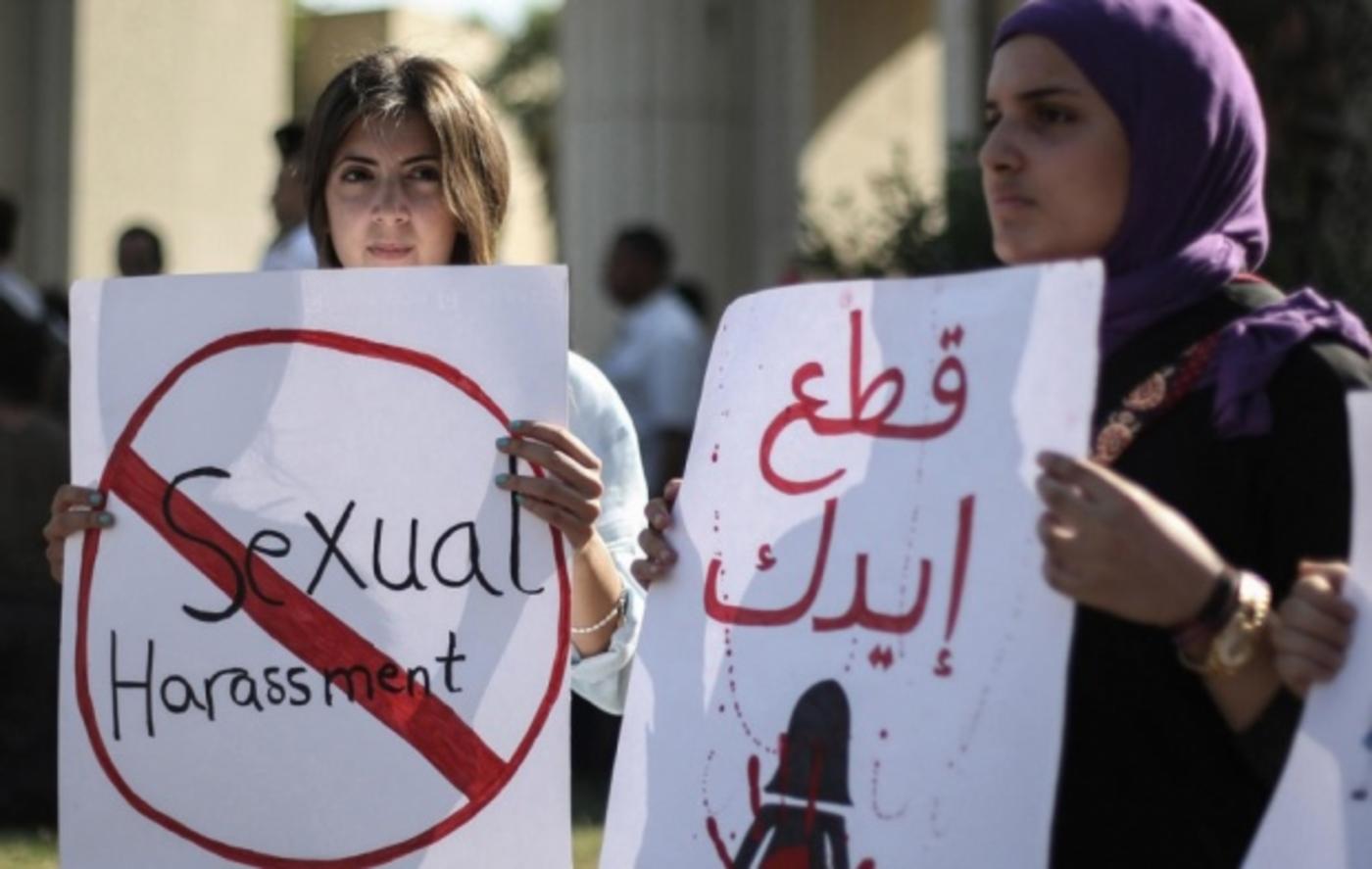 Jordan appears to be on the cusp of a major turning point for women's rights after the cabinet ruled in favour of scrapping an article that allows rapists to escape punishment if they marry their victims, in a move that campaigners hope will be followed by a shift in societal attitudes.

The Cabinet move, which must now be ratified by parliament, was announced last Sunday, and follows recommendations made in February by a royal committee charged with reforming the Jordanian Penal Code.

Article 308 pardons rapists on the condition that they remain married to the victim for three to five years, depending on the nature of the crime. Women's groups in Jordan say that girls as young as 15 are often forced to marry their rapists for family ‘honour'.

It should be harder on the rapist, not easier when they attack a girl under 18

Activists have long campaigned for the removal of Article 308 and are hailing the amendment as a milestone that could pave the way for further progress. A statement released by women's rights organisation Sisterhood is Global Institute (SIGI) welcomed the decision as a "victory for the rule of law" and "one more step towards ending legal discrimination against women and children in Jordan".

As the initial wave of euphoria settled, campaigners turned their attention to the upcoming parliamentary vote, which will determine whether the controversial legislation is removed from the penal code before a royal decree can confirm the ruling.

"This is an excellent step but there is no guarantee until parliament has made the decision," said Asma Khader, executive director of SIGI.

Many remain wary after last year, when a ministerial committee removed Article 308 but retained the pardon in cases where the victim is aged 15 to 18 and the incident was said to be consensual.

"There are still some people with a traditional mentality who will want to amend rather than abolish the article. They will try to find some exit route for the perpetrator," Khader added.

Under 18s are treated as minors under Jordanian law and may only marry in exceptional circumstances. "They can't even get a driving licence at this age, yet a girl can get married to her rapist. This is not acceptable. It doesn't make sense," she said.

Supporters claim that Article 308 is meant to preserve the victim's reputation and prevent her from being harmed or killed by her family. "It is perceived by some as a way of preserving the family honour when a woman gets raped under the pretence of trying to protect her," said Salma Nims, secretary general of the Jordanian National Commission for Women.

"Of course it's a lie because by marrying her to her rapist they are basically subjecting her to rape for the rest of her life."

I don't want my child to lead this awful life

Often, relatives of the perpetrator will bribe or threaten the victim's family to make her agree, Dawany explained: "They think that if they have the marriage contract then it solves the issue but the only beneficiary is the perpetrator. For the girl, it's a nightmare."

In some cases, she added, a victim will then be subjected to prolonged abuse by her husband until she files for divorce, keeping his pardon intact.

Samar (not her real name), is now 16 and married with a child. Her husband waited until she turned 15 to marry her and clear his 23-year prison sentence for raping a minor.

In a letter sent to women's rights group Mizan, and shared with Middle East Eye, Samar describes how her husband waits for his mother to leave the house so he can beat her without any witnesses.

"My life now is very complicated. This is not a legal, natural family." She writes that he tries to coerce her into leaving him, but she fears rejection from her own family if she does. "I don't want my child to lead this awful life," she says.

"My advice to girls who are raped is not to agree because this is not a real marriage."

With the current parliamentary sitting coming to a close, and not due to be held again until August, activists are hoping that an extraordinary session will be convened to fast-track the legislation through parliament this summer.

While new legislation wouldn't apply to pre-existing cases, Hadeel Abdel Aziz, executive director of the Justice Centre for Legal Aid, is confident that a move to abolish Article 308 would see rapists in Jordan prosecuted for their crimes moving forward.

"They would receive the full penalty for rape depending on the age of the victim and the circumstances of the crime, which can be from eight years to life imprisonment," she said.

Sexual abuse is not something women talk about in our society

Nadia Shamroukh, director of the Jordanian Women's Union, which runs one of the country's few shelters for vulnerable women, agreed.

"Society doesn't have sympathy for rapists so I don't think they [rapists] would be able to find ways around it."

But, like many campaigners lobbying for legal change to improve access to justice for women in Jordan, she is quick to point out that this would just be one step forward where many are needed.

"In general, sexual abuse is not something women talk about in our society. They feel ashamed and fear the consequences from their families, society and the authorities," Shamroukh said.

According to figures from Jordan's Ministry of Justice, 159 rapists avoided punishment by marrying their victims between 2010 and 2013, and an average 300 rapes a year were recorded during the same period, although activists say the real figure is likely to be chronically underreported in a country where extramarital sex is taboo.

Campaigners hope that a decision to remove Article 308 would inspire change at multiple levels and contribute to a shift in societal attitudes towards women.

More emphasis is needed on providing the victims of rape and other forms of gender-based violence with psychosocial support and safe shelter, "rather than focusing on how we are going to save the family reputation," Nims said.

He said that Jordan is eager to act before other countries in the region, including Lebanon, where momentum is building to remove impunity for rapists under article 522.

"Jordan likes to be seen as one of the more progressive countries in the region," Coogle added.

Last week, activists hung 31 torn wedding dresses from nooses along Beirut's busy Corniche to pressure authorities ahead of a vote expected on 15 May.

Morocco abolished a similar provision in 2014 but rape-marriage articles remain widespread in the Middle East, with variations in Libya, Tunisia, Syria, Palestine, Bahrain, Kuwait and Iraq.

Campaigners hope that a positive outcome in Jordan will have a ripple effect across the region, while inspiring further change at home.

"If they remove it completely it will be a great success, not only for women but for all Jordanians: men, women and children. It would mean that parliamentarians are ready and receptive for women's human rights to flourish and for other laws to be corrected," said Dawany.

Khader is quietly confident that now, after almost 20 years of lobbying and campaigning, there is sufficient momentum for Jordan to expel Article 308 from its justice system.

"I think it will pass; my impression is that there's the royal will, the government will and the civil society pressure to get it through." 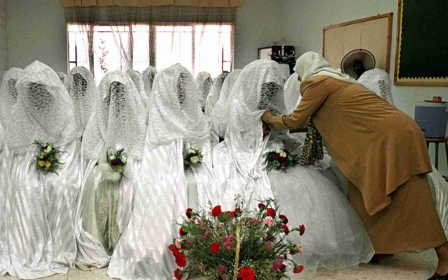 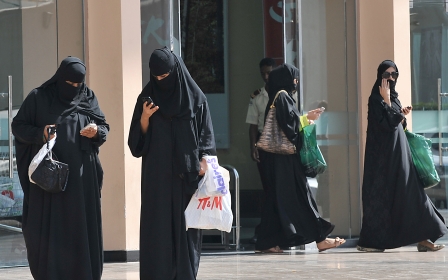