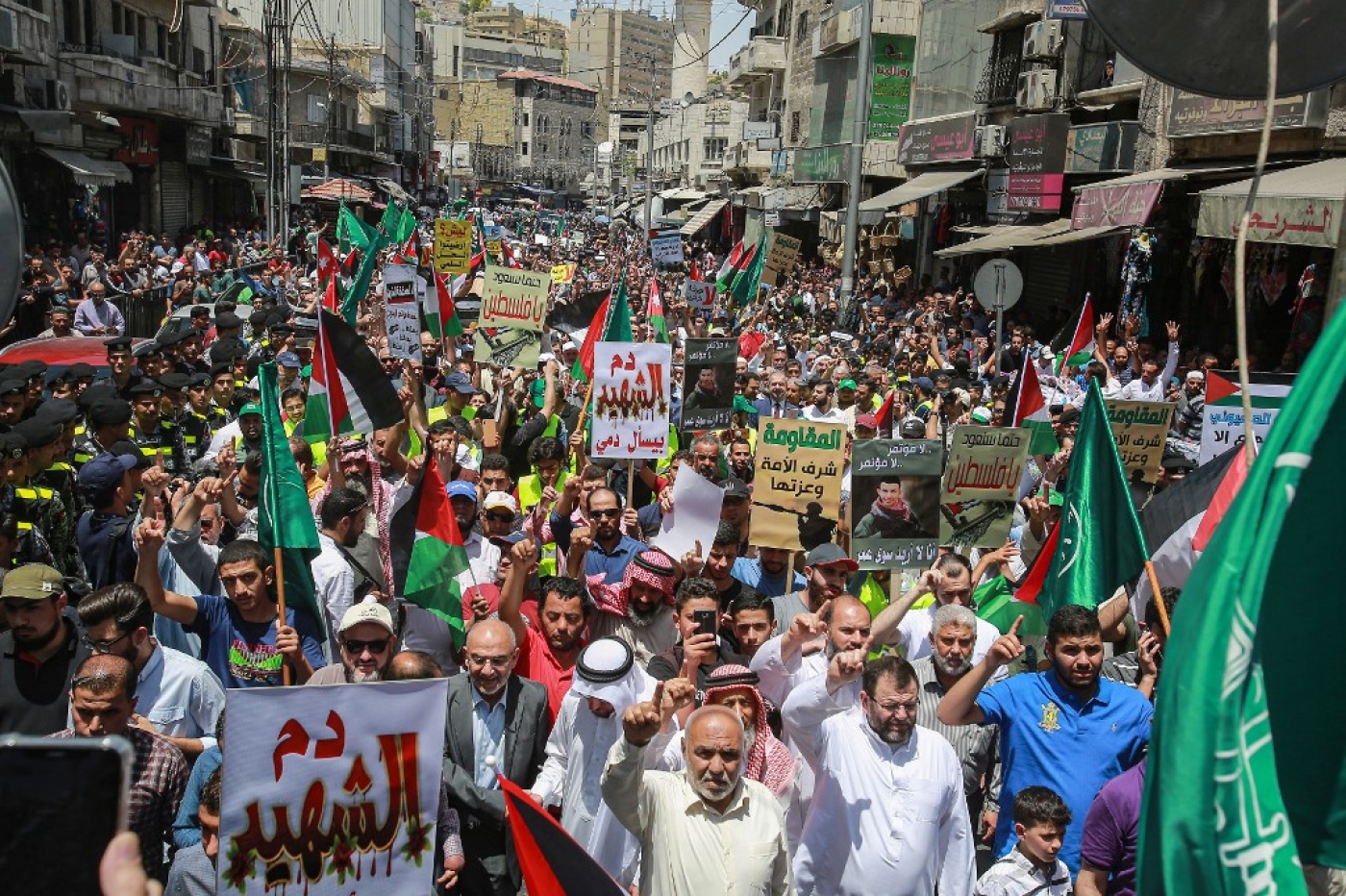 Amman had tolerated the Muslim Brotherhood for decades, until 2014 when authorities considered it an unlicensed group (AFP/file photo)
By
MEE and agencies

Jordan’s Muslim Brotherhood said on Monday that it would take part in November’s parliamentary elections, in defiance of a court order to dissolve the country’s largest opposition party.

The announcement from the Islamic Action Front (IAF) came two months after Jordan's top court had dissolved the country's chapter of the Brotherhood, a transnational Islamist movement.

The decision by Jordan’s Court of Cassation, issued on 15 July, came four years after the country had legalised a splinter group and closed the offices of the main Muslim Brotherhood organisation, claiming it was not licensed.

The IAF, which holds 16 seats in the current legislature, said it had decided to take part in the vote set for 10 November.

"The Islamist movement is clearly being targeted and faces vigorous attempts to undermine it due to its national role and charitable efforts," it said in a statement.

"We believe our absence from parliament would be a withdrawal from this battle and a derogation of responsibility." Murad al-Adailah, general secretary of the IAF, told Reuters that his group was considering participating in elections to advance demands for democratic reforms.

He pointed out that an Islamist voice was needed in parliament to help expose rampant corruption and stand up to tough laws restricting public freedoms, as well as oppose any normalisation deals with Israel, with which Jordan has a peace treaty.

Adailah warned against attempts to interfere with the vote.

"Meddling in these elections is playing with the security and stability of the country … In such conditions, it would create a social explosion," he said. "We don't accept any pressure from anyone, or a diktat as to whom we nominate or don't."

Analysts said that electoral laws that favour tribal areas rather than cities, where Islamists enjoy most support, meant they were unlikely to dominate the vote, but that they could still shake up Jordan’s sclerotic political scene.

The Islamists made their comeback in the 2016 election - after having boycotted polls in 2010 and 2013 - when they gained 16 of parliament's 130 seats as part of a broad civic alliance. The boycott had reduced voting to nominal contests between tribal leaders, establishment figures and independent businessmen.

Banned after the Arab Spring

The Muslim Brotherhood, founded in Egypt in 1928, has both charitable and political arms across the Muslim world.

It had faced years of pressure, especially since the 2011 Arab Spring uprisings, and had been outlawed as a "terrorist" group in Egypt and banned in several other countries.

Amman had tolerated the group's political arm for decades, but since 2014, authorities had considered it illegal, arguing its licence was not renewed under a 2014 law. It continued to operate, but its relations with the state deteriorated after the government authorised a splinter group in 2015, the Muslim Brotherhood Association.

In 2016, security services closed Brotherhood offices across the country and transferred their ownership to the splinter group. The movement denounced the step as political.

In mid-July, after a long court battle to retrieve the properties, Jordan's Court of Cassation ruled the group dissolved for "failing to rectify its legal status under Jordanian law".

The Brotherhood argued that it had already obtained licences to operate under previous laws in the 1940s and 1950s.

The group, banned in Saudi Arabia and the United Arab Emirates, has widespread grassroots support in Jordan and is supported by Turkey and Qatar.

The breakaway Muslim Brotherhood Association, authorised by Jordan, aimed to sever ties with the Brotherhood in Egypt, where hundreds of supporters had been killed and thousands detained since the army ousted Islamist President Mohamed Morsi in 2013.

Elections were set to go ahead in despite the novel coronavirus crisis, which had infected 5,045 people in Jordan and left 32 dead. 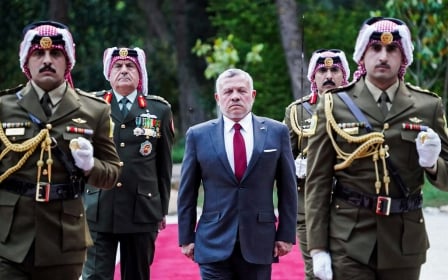