Kuwait is to hold a mass funeral on Saturday for 26 people killed in a suicide bombing at a Shia mosque claimed by the Islamic State group.

The interior ministry said in a statement early on Saturday that 26 people and the bomber were killed and 227 others wounded in one of the country's worst bombings and its first ever on a mosque.

The mosque authorities said in a statement that "Kuwait martyrs" will be laid to rest at the Shia cemetery, west of the capital, at 4pm (1300 GMT).

It said that condolences would be accepted for three days starting on Saturday at the Grand Mosque, the largest place of worship for Sunni Muslims, in a show of solidarity.

Kuwait's emir, the government, parliament and political groups and clerics have said the attack was aimed at stirring sectarian strife in the emirate.

Sunni religious and political groups were quick to condemn the attack carried out by the Islamic State, a radical Sunni group which considers Shia Muslims to be heretics.

The interior ministry has said an unspecified number of suspects were held for questioning in connection with the attack that shocked the small oil-rich Gulf state. No details were provided.

The cabinet announced after an emergency meeting on Friday that all security agencies and police had been placed on alert to confront what it called "black terror".

It also declared Saturday a day of mourning.

Shia activist Abdulwahed Khalfan told AFP that security at Shiite mosques had been beefed up and citizens' committees have been formed.

The emir, Sheikh Sabah al-Ahmad al-Sabah, who immediately visited the site of the bombing, said that the "criminal attack is a desperate and evil attempt targeting Kuwait's national unity".

"It is a black day ... in which Kuwait woke up to a spiteful bombing that aimed foremost to undermine its national unity and social structure," said Al-Qabas in a front-page editorial.

Al-Anbaa newspaper agreed that the aim of the bomber was to divide society.

"The message of the despicable terrorist who blew himself up is clear: an attempt to ignite hateful strife between the Kuwaiti people," said the daily.

However, prominent Arab activist Iyad al-Baghdadi criticised the state for prioritising a crackdown against civil society rather than targeting those responsible for spreading sectarian hatred in the Gulf state.

If Arab tyrants want to truly defeat ISIS, then why are they going after journalists and pro-democracy and human rights activists?

Who did Kuwait sentence to 3 years hard labor just a last week? An ISIS recruiter? No, journalist @Ranoooya for practicing journalism.

Kuwaiti activist Rana Jasem al-Sadoun was sentenced in absentia on 22 June to three years in prison for republishing to YouTube a speech by opposition leader Musallam Al-Barrak. 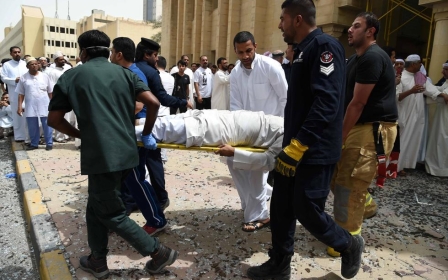 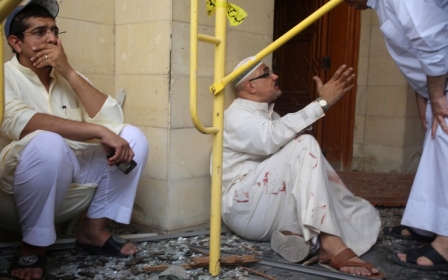 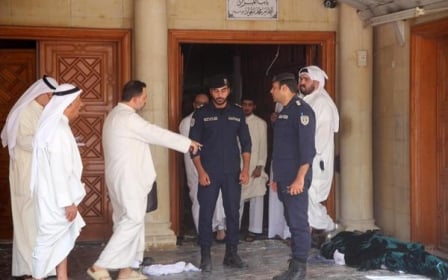