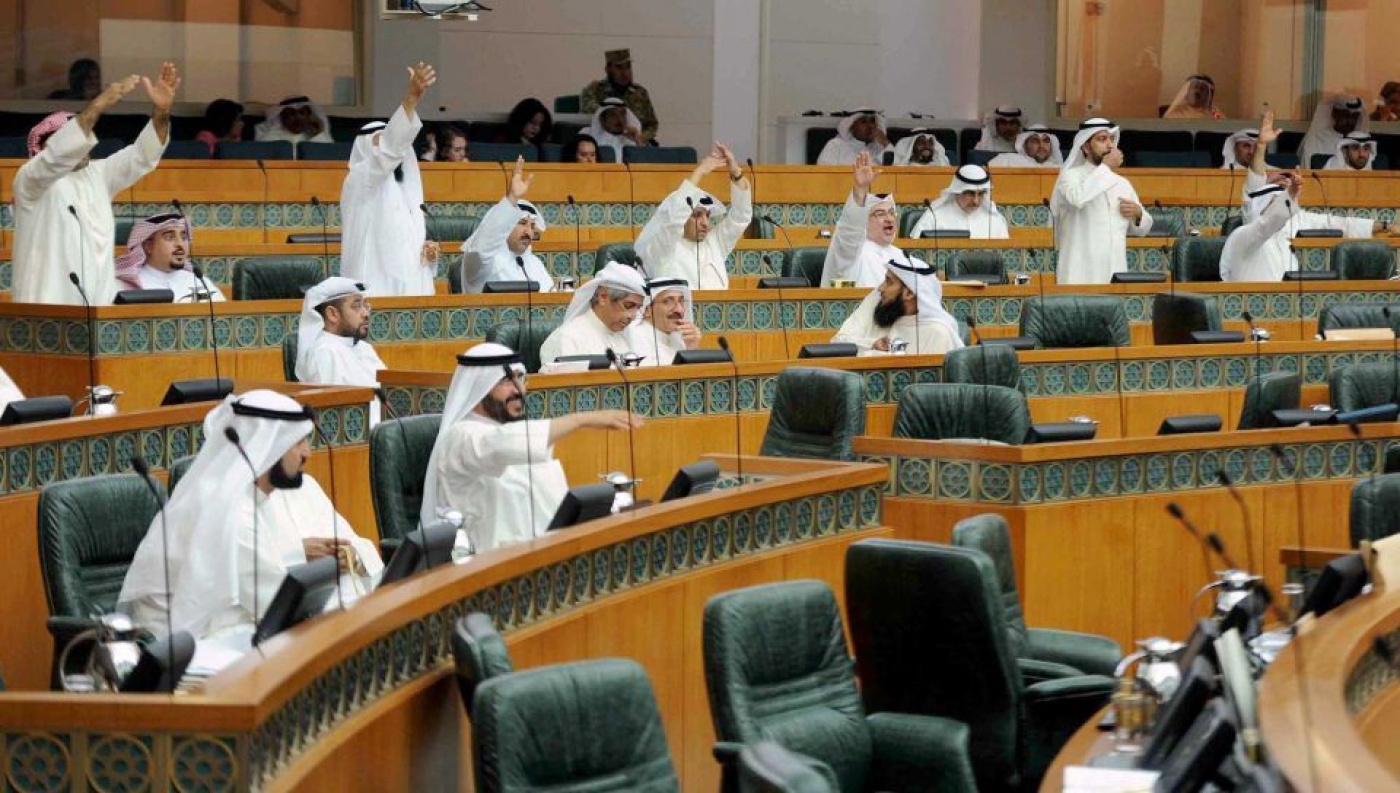 On Thursday, a government spokesman said the administration's resignation stemmed from lawmakers' criticism of several ministers for alleged malpractice (Reuters)
By
MEE and agencies

Kuwait's defence minister said on Saturday that the government's recent resignation was triggered by the alleged embezzlement of nearly $800m from a military aid fund.

"It is the main reason for the government's resignation," said Sheikh Nasser Sabah al-Ahmad al-Sabah, two days after Prime Minister Sheikh Jaber Mubarak al-Sabah quit along with his cabinet.

In a statement, Sheikh Nasser said that the embezzlement of 240 million Kuwaiti dinars ($789m) had taken place before his 2017 nomination to head the defence ministry. He added that he had given to judicial authorities elements of an internal investigation just before the government resigned, the AFP news agency reported.

Sheikh Nasser, the eldest son of Kuwait's emir, said that he had requested explanations of the alleged irregularities from the prime minister and the interior minister, to no avail.

He had decided to "boycott government meetings" in protest against the absence of a response to these questions, he said.

In a statement on Thursday, government spokesman Tareq al-Mazrem had said the administration's resignation stemmed from lawmakers' criticism of several ministers for alleged malpractice.

The departure of the premier and his ministers paves the way for the formation of a new cabinet in a country accustomed to disputes between lawmakers and the ruling family-led government.

Hundreds of people joined an anti-corruption protest outside Kuwait's parliament earlier this month.

Oil-rich Kuwait has a fully elected parliament that enjoys wide legislative powers and can vote ministers out of office.