The Kuwait Towers in Kuwait City are lit up with the portrait of Saudi Arabia's late King Abdullah and the colour of the Saudi flag, on 24 January, 2015 (AFP)
By
MEE and agencies

According to AFP, Saleh al-Saeed was sentenced to four years in jail in December by a lower court for posting comments on Twitter in which he accused Saudi Arabia of grabbing land in Kuwait and Bahrain.

The lower court charged that because of the 16 tweets he had posted online in October, he had endangered Saudi-Kuwaiti relations and undermined the kingdom.

Yet other sources elaborated on Saeed’s charges, pointing to his interview  in August with Syrian channel Sama in which he lashed out against Saudi Arabia and its policies in Syria, while defending the actions of Syrian President Bashar al-Assad.

The Kuwait Times reported in December 2014 that the public prosecution charged Saeed of “carrying out acts of aggression against Saudi Arabia” and a number of Saudi princes as he defended the Syrian government against the rebels believed to be backed by Riyadh and other Gulf states. According to the Watan news website, Saeed blamed Saudi Arabia as being responsible for the massacres of the Syrians.

The appeals court raised the jail sentence to six years but did not give a reason for its decision. Courts in Kuwait usually provide details of ruling days after they are made.

Saeed, who is in his 50s, has in the past few years repeatedly criticised Saudi Arabia, Qatar and some other Gulf states for their hostile position towards the Syrian government.

The sentence is not final as it can be challenged in the Supreme Court.

Kuwait has cracked down on activists for making comments seen as critical of the oil-rich state’s ruler and other Arab leaders, especially in the Gulf. For example, the Taher Group Law Firm reported that Ahmad Fadhel was sentenced to four years in prison in February after writing messages on Twitter that were deemed insulting to Kuwaiti judges. 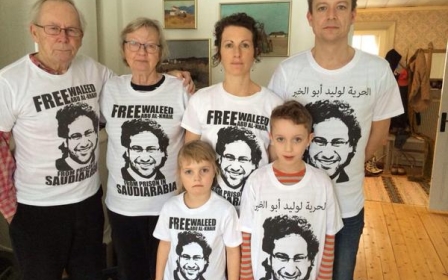