In a meeting with leaders of the armed forces, Sheikh Sabah Khaled al-Sabah, who is also minister of foreign affairs, called for "exercising utmost levels of caution and alertness, and preparing to tackle any developments that lead to rocking the security and stability in the country and region," according to the official news KUNA.

The Iran-aligned Houthi rebels in Yemen claimed responsibility for the attacks on Aramco's key oil facilities in eastern Saudi Arabia which cut the kingdom's oil production by nearly half, equivalent to 5 percent of total global production. However, an Iraqi intelligence source told Middle East Eye that the attack had been carried out by Iranian drones launched from southern Iraq, which coincides with the viewing of drones intersecting Kuwaiti skies.

Meanwhile, unidentified US officials have told US media outlets that the attack was launched from Iranian territories.

Kuwaiti local newspaper Al-Rai said that a three-metre-long drone was seen hovering over the capital, dropping to a low altitude of 250 metres as it cruised above the Dar Salwa presidential palace on Saturday.

In response to these reports, Kuwaiti officials said they are investigating the sighting of the unmanned planes. Meanwhile, the tiny oil-rich state's lawmakers voiced mounting fear among the public over escalating regional tensions.

KUNA said Kuwait's chief of staff, Lieutenant General Mohammed al-Khadher, gave a presentation in the armed forces meeting on Tuesday of all possible scenarios that could play out as a result of recent events.

The OPEC member, whose invasion in 1991 by Iraq triggered the second Gulf War, has keenly avoided getting entangled in regional rivalries.

While neighbouring countries like Saudi Arabia, the United Arab Emirates and Qatar rank among the world's largest weapons buyers, Kuwait has lagged behind, making it vulnerable to rising security threats in the region while increasing its dependence on stronger allies.

US Defence Secretary Mark Esper said on Monday that the US was preparing a response to the attacks on Saudi Arabia.

"The United States military, with our interagency team, is working with our partners to address this unprecedented attack and defend the international rules-based order that is being undermined by Iran," he said in a tweet. Gulf Tensions
'What is happening behind the scenes?' Drone sighting stokes alarm in Kuwait 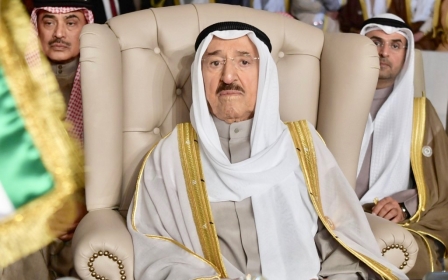 Inside Kuwait
Kuwait says emir has recovered from 'setback'