Kuwait's emir arrived on a rare state visit to Iraq on Wednesday where he is expected to discuss escalating regional tensions after attacks on tankers near the Strait of Hormuz.

The visit to Baghdad is only the second by Sheikh Sabah al-Ahmad al-Sabah since the Iraqi invasion of Kuwait in 1990, the country's official KUNA news agency said.

The emir was met by Iraq's president, oil minister and other senior Iraqi officials, and will discuss bilateral ties and recent regional and international developments.

The two OPEC member states transport most of their crude through the Strait of Hormuz, through which almost a fifth of the world's oil passes, and near to where six tankers have been attacked in the past month.

The United States and Saudi Arabia have accused Iran of being behind the attacks, which Tehran denies.

Kuwait has described the tanker attacks as a threat to international peace and security, without assigning blame.

'Bearing a resemblance to Iranian mines'

The US Navy on Wednesday displayed limpet mine fragments and a magnet it said it had removed from one of two tankers attacked in the Gulf of Oman last week, saying the mines bore a striking resemblance to Iranian ones.

Washington, waging a "maximum pressure" sanctions campaign against Iran to curb its nuclear and regional activities, has been trying to build an international consensus that Iran was behind last week's blasts, as well as a 12 May strike on four oil tankers off the United Arab Emirates. The US military previously released images it said showed Iran's Revolutionary Guard (IRGC) removing an unexploded limpet mine from the Japanese-owned tanker Kokuka Courageous, which was hit by explosions along with the Norwegian-owned Front Altair ship on 13 June.

"The limpet mine that was used in the attack is distinguishable and also strikingly bearing a resemblance to Iranian mines that have already been publicly displayed in Iranian military parades," said US Commander Sean Kido.

Kido, a commanding officer of an explosive ordinance dive and salvage task group in the Naval Forces Central Command (NAVCENT), was speaking to reporters at a US Navy facility near the UAE port of Fujairah.

Small fragments said to have been removed from the Kokuka Courageous were on display alongside a magnet purportedly left by the IRCG team allegedly captured on video.

The Japanese company that owns the Kokuka Courageous had said that its ship was damaged by two "flying objects", but NAVCENT dismissed this.

"The damage at the blast hole is consistent with a limpet mine attack, it is not consistent with an external flying object striking the ship," Kido said, adding that nail holes visible in the hull indicated how the mine was attached to the ship. US to send 1,000 additional troops to Middle East over Iranian concerns
Read More »

The location of the mine above the ship's waterline indicated the intention was not to sink the vessel, he said.

Kido also said NAVCENT had collected biometric information including fingerprints from the ship's hull that would help in building a criminal case.

He said the US was working with regional partners on a "joint and combined investigation", but declined to name the countries taking part.

The United States said on Monday it would send around 1,000 more troops to the Middle East, in addition to a 1,500-troop increase announced last month that it said was prompted by Iranian threats.

Threatening to further escalate US-Iran tensions in the region, a rocket hit a site in southern Iraq used by foreign oil companies on Wednesday, including US energy giant ExxonMobil, wounding three people.

There was no immediate claim of responsibility for the attack near Iraq's southern city of Basra, the fourth time in a week that rockets have struck near US installations. Three previous attacks on or near military bases housing US forces near Baghdad and Mosul caused no casualties or major damage. None of those incidents were claimed.

An Iraqi security source said it appeared that Iran-backed groups in southern Iraq were behind the Basra incident.

"According to our sources, the team [that launched the rocket] is made up of more than one group and were well trained in missile launching," the security source told the Reuters news agency.

He said they had received a tip-off several days ago that the US consulate in Basra might be targeted but were taken by surprise when the rocket hit the oil site.

Abbas Maher, mayor of the nearby town of Zubair, said he believed Iran-backed groups had specifically targeted Exxon to "send a message" to the US.

Iraqi officials fear their country, where powerful Iran-backed militias operate in close proximity to some 5,200 US troops, could become an arena for escalation.

Washington has pressed Iraq's government to rein in Iran-backed paramilitary groups, a tall order for a cabinet that suffers from its own political divisions.

Iraq's military said three people were wounded in Wednesday's strike by a short-range Katyusha missile. It struck the Burjesia site, west of Basra, which is near the Zubair oil field operated Italy's Eni SpA.

Police said the rocket landed 100 metres from the part of the site used as a residence and operations centre by Exxon.

Some 21 Exxon staff were evacuated by plane to Dubai, a security source said.

Maher said the rocket was fired from farmland around three to four kilometres from the site.

A second rocket landed to the northwest of Burjesia, near a site of oil services company Oilserv, but did not explode, he said.

"We cannot separate this from regional developments, meaning the US-Iranian conflict," Maher said.

"These incidents have political objectives... it seems some sides did not like the return of Exxon staff."

Exxon had evacuated its staff from Basra after a partial US Baghdad embassy evacuation in May and staff had just begun to return. 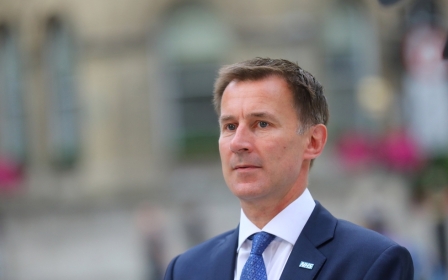 Iran Tensions
US to send 1,000 additional troops to Middle East over Iranian concerns