The party wants to return to an ethical foreign policy led by a concern for human rights, shadow foreign minister Emily Thornberry has said Children at a camp for internally displaced people near Sanaa, Yemen in April 2017 (Reuters)
By
MEE staff

The UK Labour Party has vowed to suspend arms sales to Saudi Arabia, as part of a return to an "ethical foreign policy," the shadow foreign secretary Emily Thornberry said on Friday.

Writing in the Guardian, Thornberry said the party would return to the human rights-focused "Cook doctrine", referring to the party's former foreign secretary Robin Cook, who resigned in 2003 over the Iraq war.

"We will strive to reduce not increase global tensions, and give new momentum to talks on non-proliferation and disarmament," Thornberry writes, ahead of a general election on 8 June. 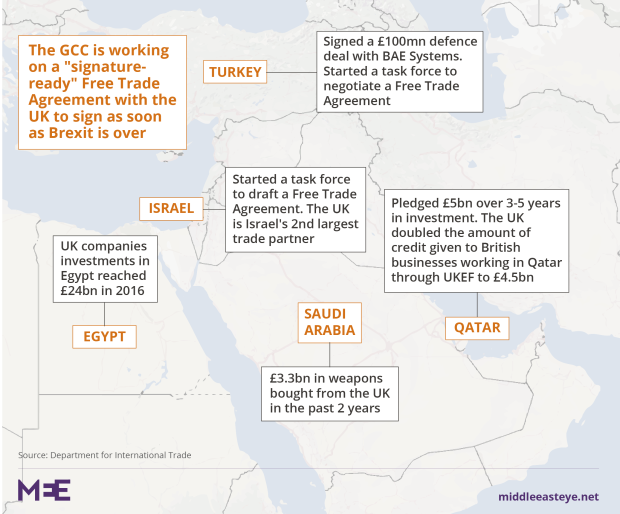 Were Labour to be elected, she said, the party would demand an independent UN investigation into alleged war crimes in Yemen, and suspend arms sales to the Saudi-led coalition until it was concluded.

The Conservative government, she said, had armed "the Saudi planes that have killed thousands of innocent civilians in Yemen" and promised "to 'champion' Egypt's brutal regime".

A Labour government would also, she writes, "review all training and equipment contracts with Bahrain and other repressive regimes, to ensure that Britain is not colluding – however inadvertently – in the mistreatment of civilians".

On Syria, Thornberry writes that if the Conservatives win, Prime Minister Theresa May would call for an immediate vote on military action against the Syrian government in a "fresh act of devotion" to the US.

This would, she writes, escalate the war in Syria, and risk war with Russia and Iran, without stating what Labour policy on Syria would entail.

Twenty years after Cook made his foreign policy speech, Thornberry quoted his words, saying it was a chance "to make Britain once again a force for good in the world".

"It is not too late to do his legacy proud," she concluded.

The Labour Party's manifesto was leaked on Wednesday evening.

On Friday, Labour leader Jeremy Corbyn is due to set out the party's foreign policy in a major speech, according to the Guardian.

"No more hand-holding with Donald Trump; a Labour government will conduct a robust and independent foreign policy made in London," Corbyn is expected to say.

Politics
Russia is a broker, not a peacemaker between Israel and Syria
Christopher Phillips
Politics
Labour faces legal challenge over recruitment of former Israeli spy
Politics
Uighur activists: Stuck between Chinese persecution and US imperialism