In conversation with MEE, Michael Sfard says Israel has a once in a century chance to annex the West Bank 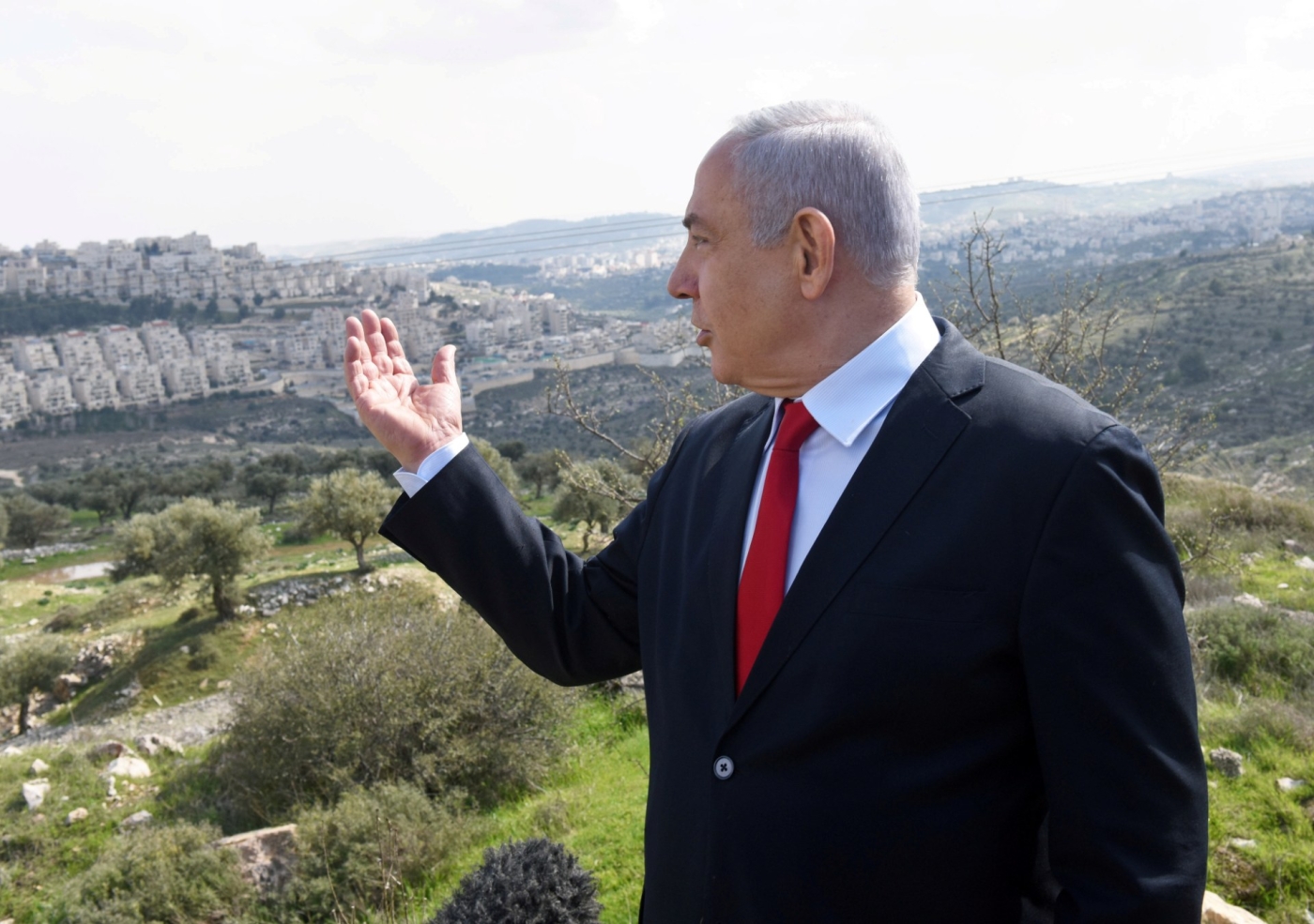 Almost 53 years after it occupied the West Bank, Israel is closer than ever to annexing parts of the Palestinian territory.

Article 29 of the coalition deal signed between Prime Minister Benyamin Netanyahu's Likud party and Benny Gantz's Blue and White allows the premier - in coordination with the White House - to bring a proposal to apply Israeli sovereignty for debate in the government and approval by parliament from 1 July.

As there is a clear majority in Israel’s parliament, the Knesset, for "application of sovereignty", the new speak for annexation, Israel is in theory just two and half months away from annexing parts of the West Bank - undoubtedly, the most significant move it has made since it occupied it in 1967.

The government installed on Sunday will have annexation on its immediate agenda.

'If in this supposedly perfect situation annexation is prevented, that will mean that the boundaries of possible solution to the Israeli-Palestinian conflict will be redrawn'

"In theory", because as time passes since the signing of this coalition agreement, the pressure on Israel is mounting.

European Union foreign policy chief Josep Borrrell said only Friday that the EU would use "all our diplomatic capacities" to stop annexation; King Abdullah of Jordan warned of "major conflict", if Israel goes on with annexation.

Even Donald Trump's administration sounded less enthusiastic about unilateral annexation than it seemed only weeks ago. Annexation should be a "part of discussions between the Israelis and the Palestinians", Morgan Ortagus, chief spokesperson for Mike Pompeo, said following the secretary of state visit to Israel last week.

Although the Israeli left was badly beaten in the last elections, there is still opposition from within to annexation. Michael Sfard, an Israeli lawyer, expert on human rights law, legal adviser to human rights organisations in Israel and the author of The Wall and the Gate: Israel, Palestine, and the Legal Battle for Human Rights, is prominent within this opposition.

In an interview held last week, Sfard warned that annexation will have disastrous implications for the Palestinians residents in the annexed territories and their property. Yet at the same time, he claimed that if annexation is stopped this time, it will be off the table "for a hundred years".

Middle East Eye: It is often claimed, even by Palestinians, that annexation has already essentially happened, so formal annexation will not make much of a change.

Michael Sfard: This is a very popular mistake and a failure of understanding what it means for the individual Palestinian and for the Palestinian communities, and how deeply the annexation will affect their lives and their rights. Annexation of territories will mean almost surely the “nationalisation” of most of the land in it. Large chunks of the land there that is owned by Palestinians who live outside these territories will be considered absentee property.

MEE: Can you elaborate?

MS: The 1950 Absentee Property Act was meant to take hold of the property of Palestinian refugees who left, fled or were deported from what became Israel in 1948. The definition in that law designates an individual who resides in an “enemy territory” or in “any part of Mandatory Palestine that is not the State of Israel” as an absentee.

In 1967, when Israel applied its law to East Jerusalem, many West Bankers who had property there became absentees in legal terms although they did nothing to become absentees, they didn't leave. It’s a fictitious state but a legal state.

MEE: What leads you to believe that they will use this law now?

MS: For years, they [the Israeli government] did not implement the law in East Jerusalem, but in the last 20 years they have. The settler lobby persuaded the attorney general to make an exception, and these exceptions were koshered by the Israeli High Court. From experience, we know that every exception becomes a rule, so there is a huge danger that a lot of the lands will be considered absentee property.

Another mechanism by which Israel will expropriate lands is confiscation for public good. In every country there are expropriation laws which allow the government to expropriate land in order to build roads etc.

MEE: Today it's not possible in the West Bank?

MS: Today it's not possible because of the laws of occupation and according to the principles that the Israeli High Court and Ministry of Justice have kept throughout the years. That is why Israel has used all kinds of legal manoeuvres such as the declaration of state lands. But once a territory is annexed, then the "public" is the Israeli public and you can expropriate in their interest. It is clear that this is what will be done. This is the reason why Israel is annexing these territories.

MEE: This is the reason? It's not a symbolic and political gesture?

MS: Of course there is a symbolic and a national pride side here, but without taking hold of the lands, the annexation will not fulfil the annexationist fantasies. The settlers already feel in their settlements as if they are in Israel. The one thing that is indeed a restriction on them is development, the fact that there are many farmlands around them which are difficult for them to take hold of.

MEE: So the main motive is land grab?

MS: A main feature of annexation, in the eyes of the annexationists, is land grab, absolutely. Eventually the Israeli-Palestinian conflict is over lands, not a religious conflict, not a cultural one, it is a conflict on lands. Annexation without land grab is not a victory.

That is one thing. Secondly, Palestinian communities who will be caught in these annexed territories, some of them, probably many of them, will face the threat of being forcibly deported. For 53 years Israel has been in control of the Palestinian population registry and its policy prevented Palestinians from changing their address to certain areas like South Mount Hebron, the Jordan Valley and Jerusalem Envelope.

So there are many communities, mostly small and weak, that if you check their Israeli civil administration IDs, you will find that they are registered elsewhere in the West Bank. After annexation, they will become illegal aliens in sovereign Israel and under threat of being deported. Of course it will not happen the next day, but in the long run, this is their fate.

MEE: You are among those who have claimed for a long time that what Israel is doing in the West Bank is apartheid-like. Will annexation not help you in convincing the international community that this is the case?

MS: The charge of apartheid is one that has been levelled against Israel for many years and voiced by more radical and peripheral political and human rights activists. Annexation will bring that charge closer to the mainstream. While Israel was claiming in the past that we don't want to rule the Palestinians and that the current situation is temporary, annexation means a perpetuation of the domination over the Palestinians and their oppression, and is purported to be eternal.

MEE: So will it not help people like you?

MS: It will definitely make the argument stronger, but I don't want to barter the strength of my argument for land grab and deportation of Palestinians. People who think that this is a good development because it will generate a stronger opposition to the Israeli policies do not fully weigh or understand the enormous consequences of annexation and probably over-value the international opposition. Israel is a very powerful state and, time after time, there were things committed by Israel which people thought the international community would not allow it to get away with - and it did.

MEE: What could stop Israel from annexation?

MS: There are three camps in Israel that are going to vote for annexation. One is the ideological camp, nothing will change their opinion. The second camp is those who are doing it for political internal reasons. For them, if the costs outweigh the benefits, they might resist. The costs could be security, economic costs and, most importantly, the damage to the Israeli position in the international community.

The third camp is Netanyahu himself. He is one man, one camp. His interests are completely different. I don't think that at the moment they are ideological. The main question is his survival and how annexation fits into it.

There is one more thing. This is probably the most important step of sovereignty Israel is taking since its declaration of independence, and yet to a large extent it will not be decided in Jerusalem but in Washington.

MEE: Many in the Israeli security establishment, in the centre and even on the right, want to stop annexation because they want to continue the status quo of occupation. Don't you feel uncomfortable to be in the same camp with them?

MS: Do tell them, but I think they don't understand that in the Middle East there is no status quo. If annexation is stopped, we will not go back to the pre-annexation reality. Actually I think that stopping annexation will be the most important step to advance a just resolution of the Israeli-Palestinian conflict.

Many pieces of the puzzle are fitting in, the thing that the Israeli right never dreamt that will happen: a president in the White House that not only supports annexation but also pushes us to do it, a very weak Europe, a majority in the Israeli parliament, an Israeli public going constantly to the right in the last two decades. We have the Palestinians as weak as they ever have been.

All the stars are aligned for this. If in this supposedly perfect situation annexation is prevented, that will mean that the boundaries of a possible solution to the Israeli-Palestinian conflict will be redrawn. If today we were not able to annex, then it probably will not happen in the next hundred years.

This will create a huge break in the annexationist camp. They waited 2,000 years, the messiah came, he stopped next to our door but he didn't open it and moved on.

MEE: So you are an optimist? 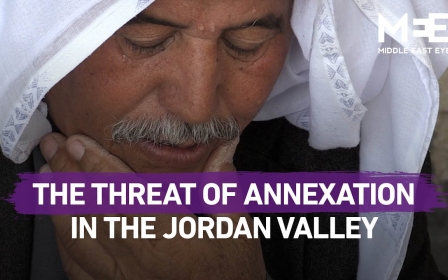 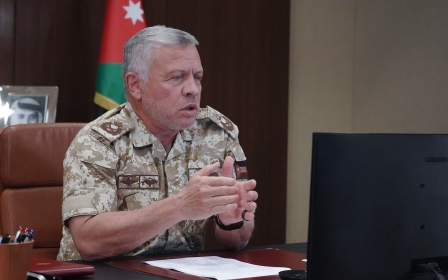 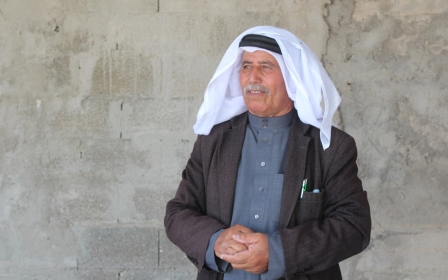