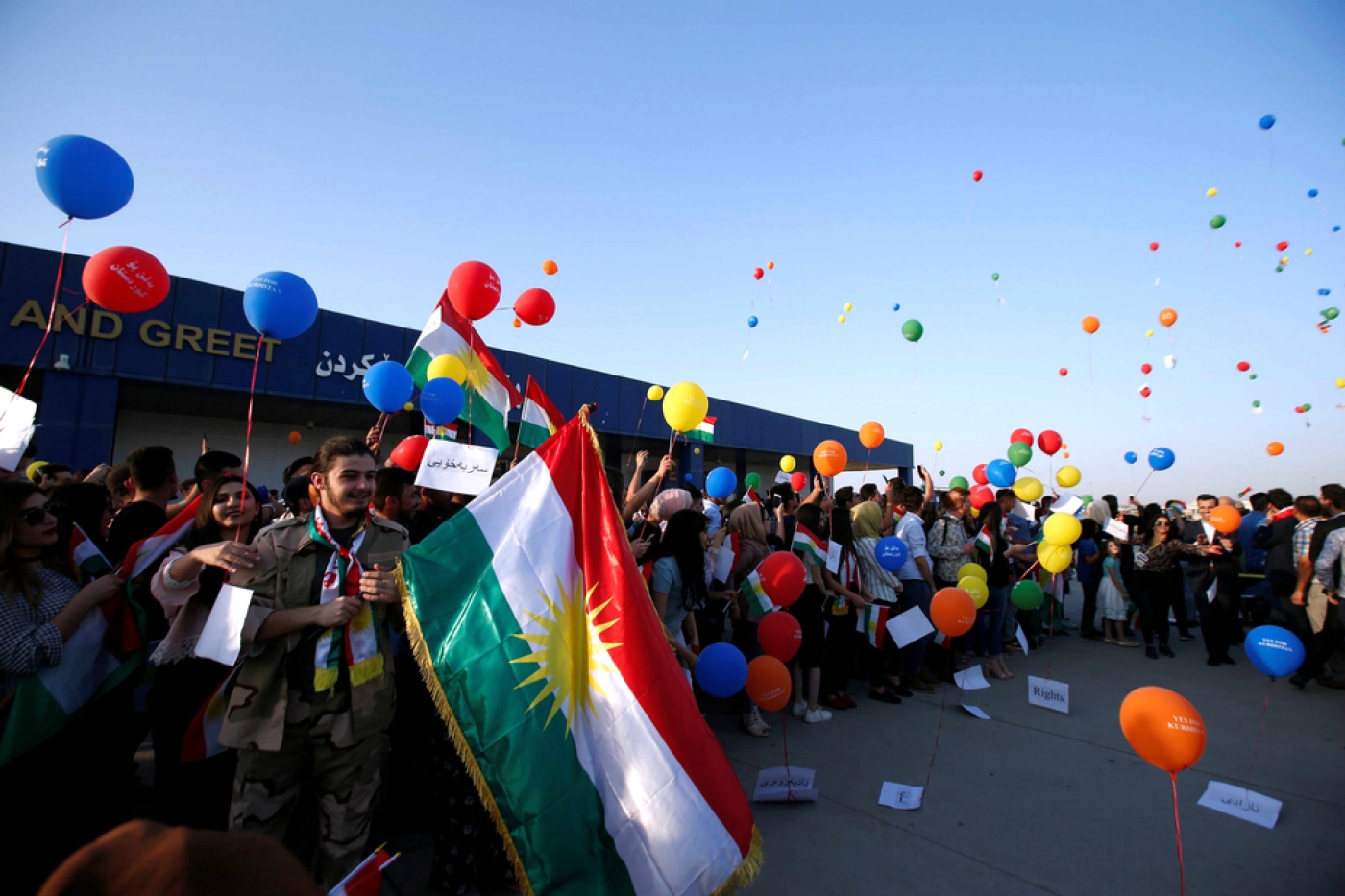 The last international flight left Erbil airport on Friday as the Baghdad government imposed an air ban in retaliation for an independence vote by Iraqi Kurds that has drawn widespread opposition from foreign powers.

The Kurdistan Regional Government in northern Iraq refused to relinquish control of its border crossings to the Iraqi government, Erbil-based TV Rudaw said on Friday, as foreigners scrambled to leave the statelet hours before the start of a flight ban imposed by Baghdad.

Iraq's central government has ordered a halt to all international flights to and from the autonomous region from 6pm on Friday after Iraqi Kurds overwhelmingly voted for independence.

More than 400 Kurdish travel and tourism companies are directly affected by the flight ban and 7,000 jobs are at risk in the sector, Erbil-based Rudaw TV said.

Washington has said it would be willing to facilitate talks between the Iraqi Kurdish authorities and Baghdad to calm escalating tensions over the 92 percent "yes" vote, as a top Shia cleric called for solving the crisis in an Iraqi court.

US Secretary of State Rex Tillerson said on Friday the United States does not recognise the independence referendum in Iraqi Kurdistan and urges an end to "threats of reciprocal actions".

"The United States does not recognize the Kurdistan Regional Government’s unilateral referendum held on Monday. The vote and the results lack legitimacy and we continue to support a united, federal, democratic and prosperous Iraq," Tillerson said.

"We urge calm and an end to vocal recriminations and threats of reciprocal actions," he added.

Neighbouring Turkey and Iran also strongly opposed the vote, fearing it would inflame the separatist aspirations of their own sizeable Kurdish population.

Ankara has threatened a series of measures including blocking crucial oil exports from the region via Turkey.

The Kurds have condemned the flight suspension as "collective punishment".

On Friday, Iraqi Kurdistan's transport ministry sent a letter to Baghdad asking to "open negotiations" on flights but was still awaiting a reply, a ministry spokesman said.

The ban has seen people, many of them foreigners, flock to the airport in the regional capital Erbil to avoid being stranded.

An extended suspension of flights would have significant consequences for the Kurds, who have turned Erbil into a regional transport hub.

The Iraqi aviation authority said that military and humanitarian flights would be exempt from the ban.

Iran has banned the transportation of refined crude oil products by Iranian companies to and from Kurdistan, the semi-official Tasnim news agency said on Friday, after Tehran vowed to stand by Baghdad.

"A directive by the Road and Transportation Organisation has temporarily banned carrying oil products from Iran to Iraq's Kurdistan region and vice versa following the latest developments in that region," Tasnim reported.

However, Turkish Prime Minister Binali Yildirim tried to allay fears that civilians would be disproportionately affected by the measures imposed.

"In no way we will make the civilian residents there pay the price of the referendum," Yildirim said in a speech in the northwestern Turkish province of Canakkale.

"All the measures we will take will be against those who took the decision to hold the referendum."

Ankara has vowed economic, security and political steps, but has so far specified little action. In the immediate aftermath of the vote, Erdogan said it could stop the flow of trade across the border, warning that Kurds would go hungry.

Turkey's measures against northern Iraq will not target civilians and instead focus on those who organised the referendum on Kurdish independence, Turkish Prime Minister Binali Yildirim said on Friday.

The comments appeared to back-track from those of President Tayyip Erdogan, who warned this week that Iraqi Kurds would go hungry if Ankara halted the flow of trucks and oil across the border.

"In no way we will make the civilian residents there pay the price of the referendum," Yildirim said in a speech in the northwestern Turkish province of Canakkale.

"All the measures we will take will be against those who took the decision to hold the referendum."

Iraqi Kurdistan is home to a large international community, most of whom enter on a visa issued by the regional authorities that is not recognised by the central government, so they cannot travel to elsewhere in Iraq.

On Friday, around 100 passengers waited eagerly for their planes in Erbil, where the information board showed the last flight out was to Vienna at 4pm, with later flights cancelled.

"We were supposed to go back to Brazil next Saturday but we rescheduled our flight because of the border closing," said Isidoro Junior, a 32-year-old volunteer for an NGO providing medical assistance to Iraqis displaced by the war against the Islamic State group.

After 6pm there will be no more international flights, just internal flights

"We are a group of 16 people, so it was quite difficult to find enough seats. One of us came here at 2am to make sure... we would be able to fly out," he said.

In the region's second-largest city Sulaymaniyah, foreigners and others needing to leave sped to the airport, while Kurds who were abroad for business or tourism rushed back from abroad.

"There have been masses of people for two days," said airport spokesman Dana Mohammad Said.

"After 6pm there will be no more international flights, just internal flights," he said.

The civil aviation authority in Baghdad has said that a decision on internal flights will be made later.

Grand Ayatollah Ali al-Sistani, Iraq's highest Shia religious authority, called for all sides "to abide by the Iraqi constitution and to appeal to High Federal Court to solve the Kurdistan crisis".

The United States said it would be prepared to "help facilitate a conversation" between Erbil and Baghdad.

"We would like to see some calm on all sides," US State Department spokeswoman Heather Nauert said, noting that the US had opposed the referendum "because we thought it would be destabilising".

Final flights out of #Erbil before suspension from this evening. #KRG calls it "illegal" and "collective punishment" pic.twitter.com/UDalmln5sd

On Thursday, the spokesman for the international coalition fighting IS in Iraq and neighbouring Syria said the referendum had taken focus away from the war against the militants.

But he said there was "absolutely no effect on current military operations out of Erbil using the airport".

Iraqi forces on Friday launched an assault on the northern town of Hawija, one of the last IS bastions in the country along with a stretch of the Euphrates Valley near the border with Syria.

Kurdish forces have been key allies in US-backed offensives against IS in both Syria and Iraq.

Iraqi Prime Minister Haider al-Abadi accepted an invitation from French President Emmanuel Macron on Friday to come to Paris on Oct. 5 for talks on the Kurdish independence referendum, a source in Macron's office said.

Meanwhile, French President Emmanuel Macron had offered to help ease tensions between Baghdad and the Kurdistan Regional Government over Monday's referendum, which produced an overwhelming vote in favour of secession from Iraq, and had warned that any further escalation should be avoided. Baghdad has closed Kurdish airspace and vowed to take control of the autonomous region's external borders.

In a statement after a telephone call with Abadi, Macron's office said he had invited Abadi to Paris, but warned that the two sides should remain united in their priority to defeat Islamic State and stabilise Iraq.

"All escalation should be avoided," Macron said in the statement.

"The president ... recalled the importance of preserving unity and Iraq's (territorial) integrity while recognising the rights of the Kurdish people," the statement said. "With the priority to fight Islamic State and the stabilisation of Iraq, Iraqis must remain united." 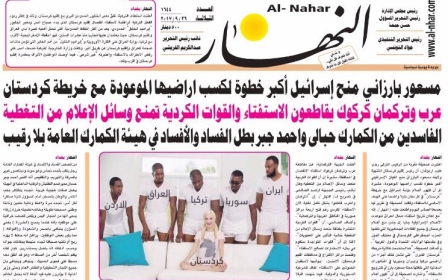 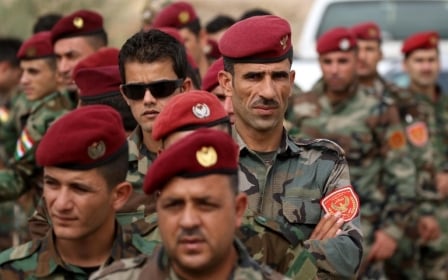 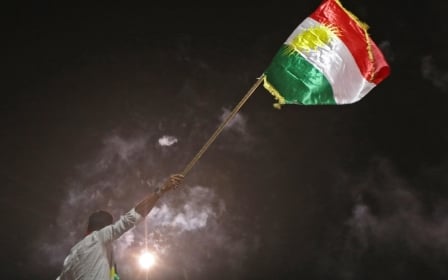