Hassan Diab, a university professor, secured a majority of 69 endorsements from MPs (AFP)
By
Kareem Chehayeb
in
Beirut

Saad Hariri's replacement is now responsible for choosing ministers and policies able to dig Lebanon out of a severe political and economic crisis.

With a two-month-long protest movement still roiling, the Lebanese army took extra security measures in and around Beirut, as President Michel Aoun met with parliamentary blocs at the presidential palace in Baabda.

Aoun appointed the engineer and former minister as prime minister-designate after Diab secured a majority of 69 endorsements from MPs.

'What's most important is that we have a government with the trust of the Lebanese people, parliament, and the international community'

Diab, on the other hand, received endorsements from several parties, including Hezbollah, Amal and the Free Patriotic Movement (FPM).

FPM leader and interim Foreign Minister Gebran Bassil said his party endorsed Diab because he is "politically independent" and is not corrupt.

"Now, the formation of a government needs to be swift," he said, adding that it should be made up of experts.

"What's most important is that we have a government with the trust of the Lebanese people, parliament, and the international community."

It is not clear that Diab will be acceptable to the protesters, who have been calling for an overhaul of Lebanon's political elite and an end to the corruption that blights the country.

Protests have been called in the northern city of Tripoli and security forces have increased their presence around Diab's Beirut home.

Though under Lebanon's sectarian power-sharing system the prime minister is traditionally a Sunni, only six MPs from that community endorsed Diab, none of which are among its major leaders or political parties.

More than 40 MPs refused to name any candidate. All 20 of the Future Movement's members of parliament endorsed no one, following interim Prime Minister Hariri’s withdrawal last night. The party, Lebanon's largest and the represtentative of the Sunni community, added that it will not take part in the upcoming government.

Hariri left Baabda Palace without a statement for the press, only saying "good luck and happy holidays" as he left.

Likewise, Lebanese Forces MPs left the palace having not endorsed any candidate. This came three days after party leader Samir Geagea said that the LF would "not mind" Salam or caretaker Interior Minister Raya al-Hassan as premier.

Parliamentary consultations have been postponed three times since they were originally scheduled in late November, almost a month after Hariri’s resignation on 29 October.

Though Hariri was anticipated to return for another stint as Lebanon’s prime minister, he withdrew his name for a second time on Thursday, saying that his efforts to form a technocratic government and to respond to protesters’ demands had been obstructed.

Since 17 October, countrywide protests have swept across Lebanon. Meanwhile, Lebanon’s economic crisis continues to worsen, with the Lebanese lira’s value inflating against the pegged US dollar and banks struggling to keep currency.

A shortage of US dollars has to led to import stagnation, a thriving black currency exchange rate and unprecedented inflation in costs of goods and services.

Many protesters advocate for a downsized independent government that would focus on the economic crisis and prepare for early parliamentary elections. 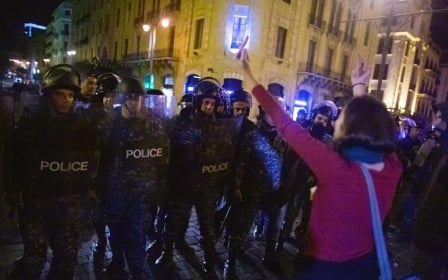 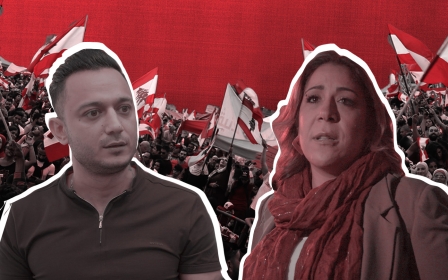