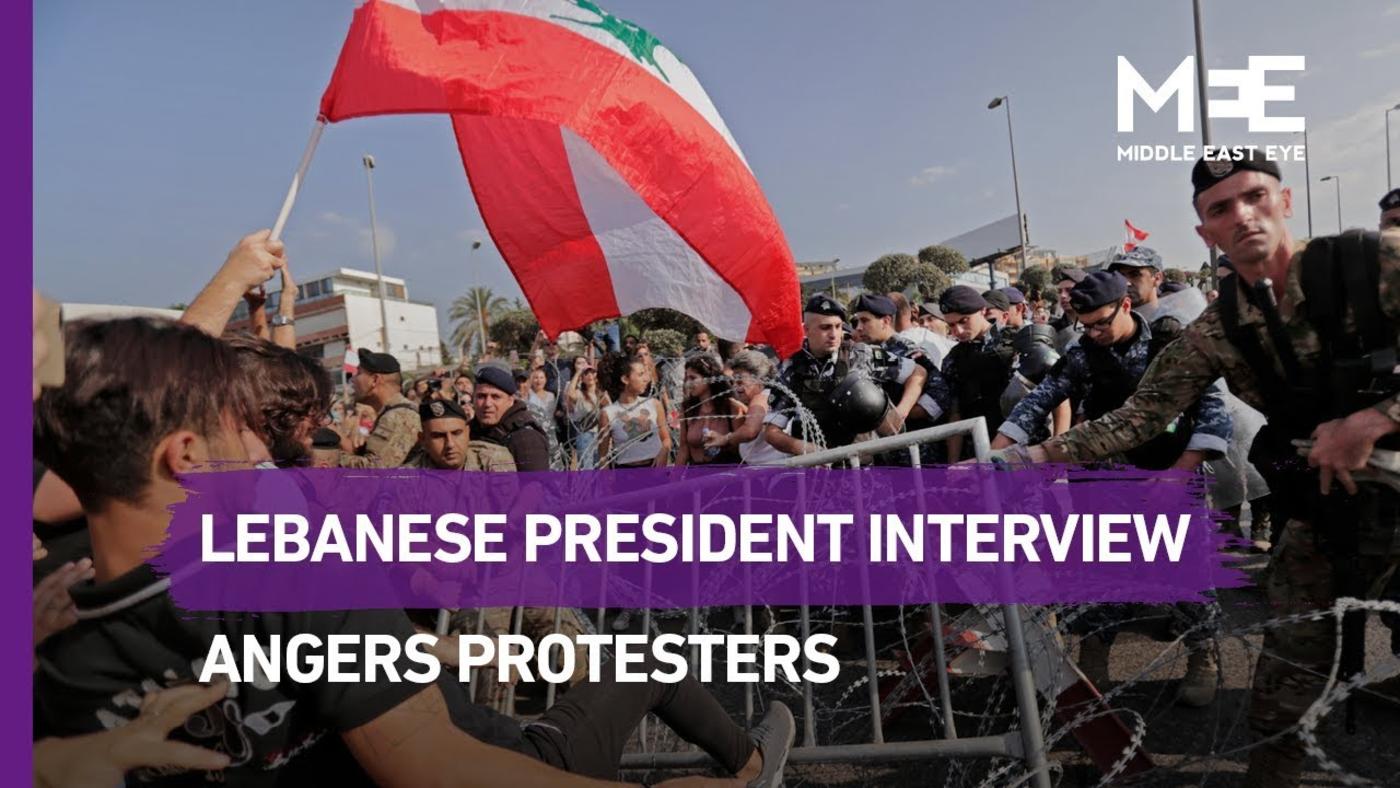 Violence flared-up in Lebanon on Wednesday following the killing of a protester and a televised speech by President Michel Aoun overnight which triggered fresh rage against the country's sectarian leadership.

Clashes broke out Wednesday afternoon at the Jal el-Dib bridge and highway, a major route from Lebanon's north to the capital, between protesters blocking the thoroughfare and local residents armed with knives and sticks.

A video circulated on social media showed one man shooting into the air and pointing the machine gun towards protesters. A separate video showed protesters disarm the man and smashed the car in which he had arrived.

At least four people were injured, local media reported. The Lebanese army intervened later in the afternoon to reopen the road.

Hundreds also gathered along a highway leading to the presidential palace in Baabda as Lebanese army officers and riot police placed metal barriers and barbed wire on the road.

Security forces have been criticised for failing to adopt similar measures earlier this month when supporters of Aoun's Free Patriotic Movement (FPM) gathered near the palace to support the president and his son-in-law, FPM leader Gebran Bassil.

Aoun had invited protesters to send a delegation to meet with him, but the offer yielded no results. Previous invitations were also turned down as protesters argued it was not possible to appoint representatives to speak on behalf of the leaderless movement.

Two main intersections - the Ring Bridge above Beirut’s central district and the Chevrolet intersection in the capital’s southern outskirts - were also blocked by protesters on Wednesday.

Scuffles broke out between protesters and army officers at the Chevrolet intersection in the morning as the officers attempted to reopen the roads. No serious injuries were reported.

Fight at a roadblock

The killing of one protester on Tuesday night in the coastal town of Khalde, south of Beirut, gave new steam to the protests. A security source told Lebanon's The Daily Star newspaper that the man, identified as 38-year-old Alaa Abou Fakher, was shot in the head by an army officer after he attempted to block a road.

The security source said that the officer who allegedly shot Abou Fakher had been in a car with another member of the army at a roadblock where protesters refused to let them pass. A verbal argument then ensued between the officer and Abou Fakher.

Four shots were fired into the air in an attempt to disperse protesters, according to the source.

A video circulated on social media showed the father of three in a pool of blood as his wife screamed for help. He was a member of Walid Jumblatt's Progressive Socialist Party before joining the protest movement, calling for the demise of the country's sectarian establishment.

A security source quoted anonymously by local media said Abou Fakher and the army officer who killed him were relatives and knew each other well.

Abou Fakher's wife gave an interview to local TV station LBCI on Wednesday. “I will continue to protest because this is what he would want,” she said, calling everyone to take to the streets and demand their rights.

The funeral of the man, hailed as a “martyr of the revolution” by protesters, is scheduled for Thursday.

His killing occurred after Aoun's speech aired, reigniting protests across the country. “If people aren’t satisfied with any of the decent leaders in the government, let them emigrate," he said in his remarks.

The president also raised the spectre of a civil war if protesters continue to paralyse the country.

No progress has so far been made on the formation of a new government since Prime Minister Saad Hariri resigned on 29 October. Protesters have been calling for a government fully led by experts with no affiliation to sectarian parties.

In his speech on Tuesday evening, Aoun said that a technocratic government is the desirable option.

He also insisted that decent and honest public officers still exist and that good faith is necessary to lay the foundations of a new functioning government.

The French Foreign Ministry’s envoy for the Middle East and North Africa, Christophe Farnaud, arrived in Beirut on Tuesday to urge rival leaders to accelerate the formation of a new cabinet. A group of protesters gathered at the French Embassy in Beirut to oppose foreign meddling in the matter.

Amid the political deadlock, the union representing bank employees said it will continue a general strike on Thursday. Banks reopened briefly on 1 November after a two-week closure.

But the Federation of Syndicates of Bank Employees said its officers had been harassed by customers who have insisted on withdrawing money despite informal controls being imposed to limit capital flight.

The union had announced a strike on Monday due to “unacceptable working conditions". 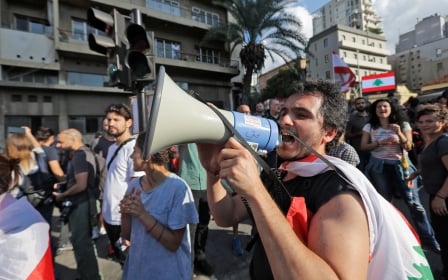