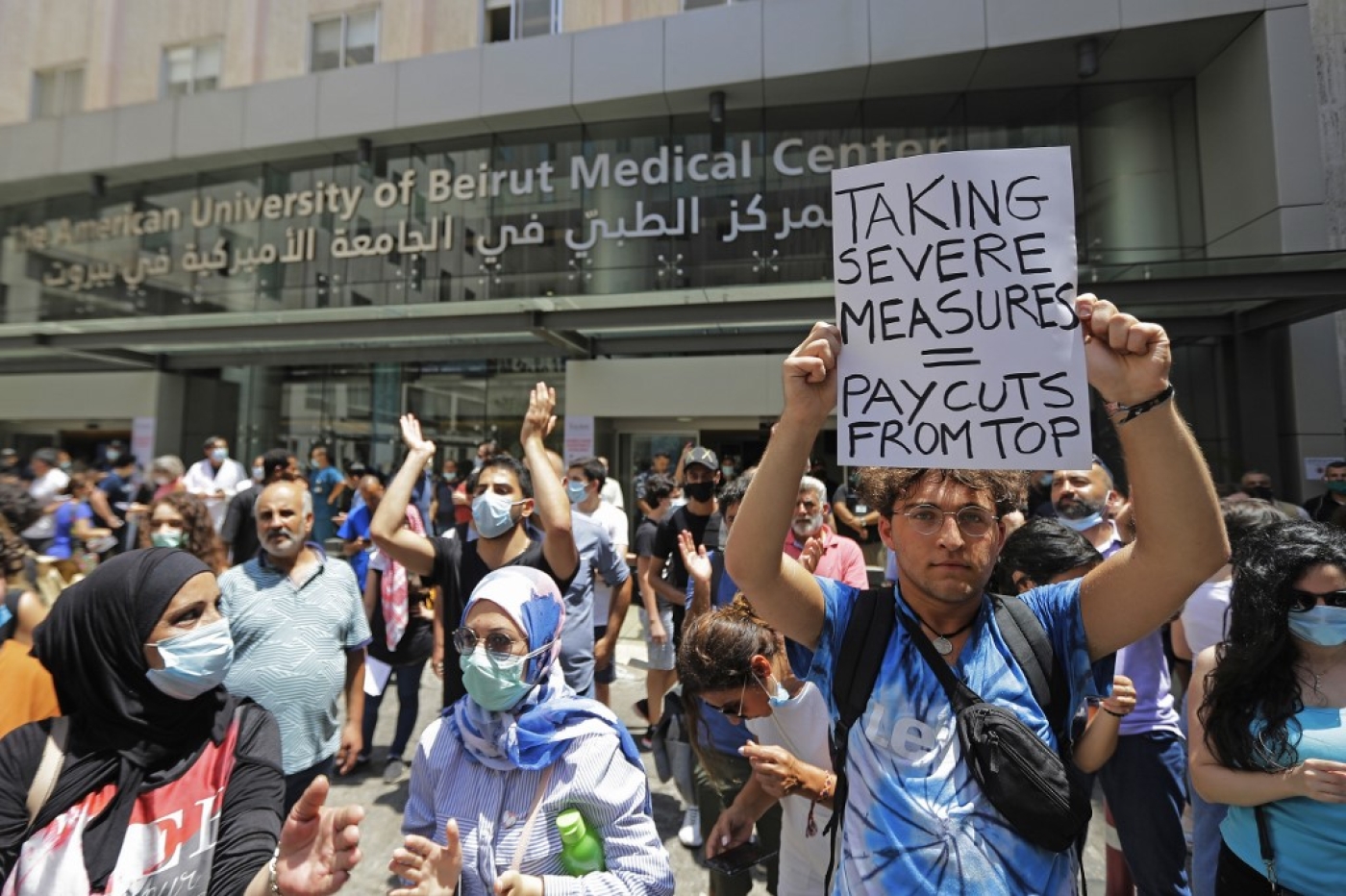 The American University of Beirut (AUB) should have better managed the abrupt firing of 850 staff members on Friday, the university's president has said in a letter to staff and students.

In a dramatic development of Lebanon's spiralling economic crisis, AUB, one of Lebanon's most prestigious universities, posted private security and members of the Lebanese military around the medical campus when the layoffs were announced last week.

The university's president, Fadlo Khuri, said in a letter on Monday that the "exceptionally difficult" decision could not have been avoided but "could and should have" been handled better.

"The reality is that letting this many people go from the AUB family was never going to be easy," Khuri said, adding that better management would have avoided "confusion and pain".

Khuri defended the military presence at the university, citing "credible external threats" from earlier in the week. "The safety of the personnel, the patients, the students, and the general public was and will always be of paramount priority. We therefore reluctantly abided by these recommendations," Khuri said.

"We recognise that this security presence should have been better managed. We will learn from this experience but as we always do, these are things we own and will build on."

A letter attributed to Samer Nassif, an assistant professor at the AUB Medical Centre (AUBMC), which was significantly affected by the cuts, was posted to Twitter, comparing images at the university on Friday to "scenes from some gruesome and depressing movie".

Nassif said the staff were not given prior warning, with some locked out of their online accounts before they even received the news of their layoffs. He also said that soldiers and private security personnel had been posted inside the medical school's hallways.

On Friday, interviews with the former employees went viral on Lebanese social media.

"My mother has cancer. My brother died," a sobbing woman said, as reported by The National. "I had nothing but this institution. What will I do now?”

On Monday, employees organised a protest outside the AUBMC. The protest, documented on social media, included the reading out of Khuri and other top AUB administrators' salaries, which demonstrators said added up to nearly $1m a year.

"But it was precisely those circumstances that made it impossible for AUB to avoid this severe measure," he said. 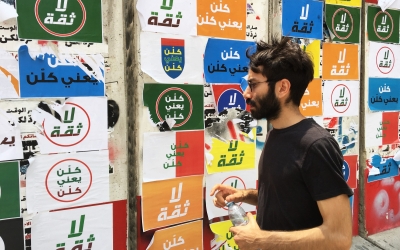 Still, Khuri said that the 150-year-old university remained at fault for not preparing its financial reserves for such a crisis.

"[AUB] did not maximise accrual of adequate reserves over the past decade and mobilised slowly to sufficiently control costs once the Lebanese financial crisis began to accelerate in 2019,” he wrote.

The medical centre in particular also had "a substantial overstaffing problem in many units, which is unsustainable and needs to be urgently addressed".

Lebanon is grappling with a crisis caused by decades of state corruption and bad governance, which has been exacerbated by the coronavirus crisis.

Between October and February alone, at least 220,000 jobs in the private sector were lost, a survey by research firm InfoPro showed.

A hard currency liquidity crunch has also led to an 80 percent devaluation of the Lebanese pound since October, meaning even those who have not lost their jobs are working for a salary worth significantly less than before the economic freefall. 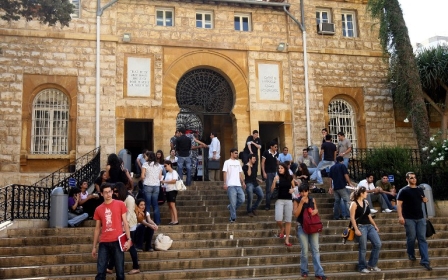 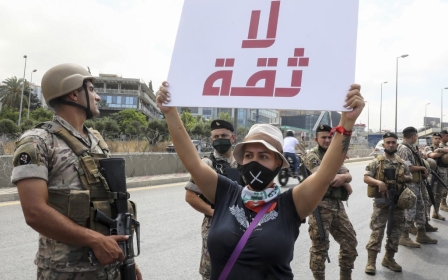 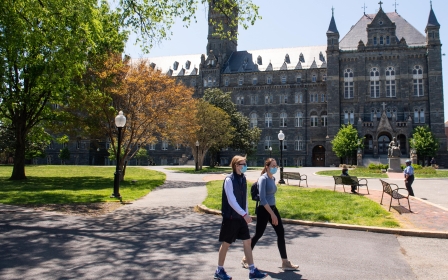