Three days after the clashes, it remains unclear who shot the first bullet in the violence that killed seven people and wounded dozens in the capital Beirut 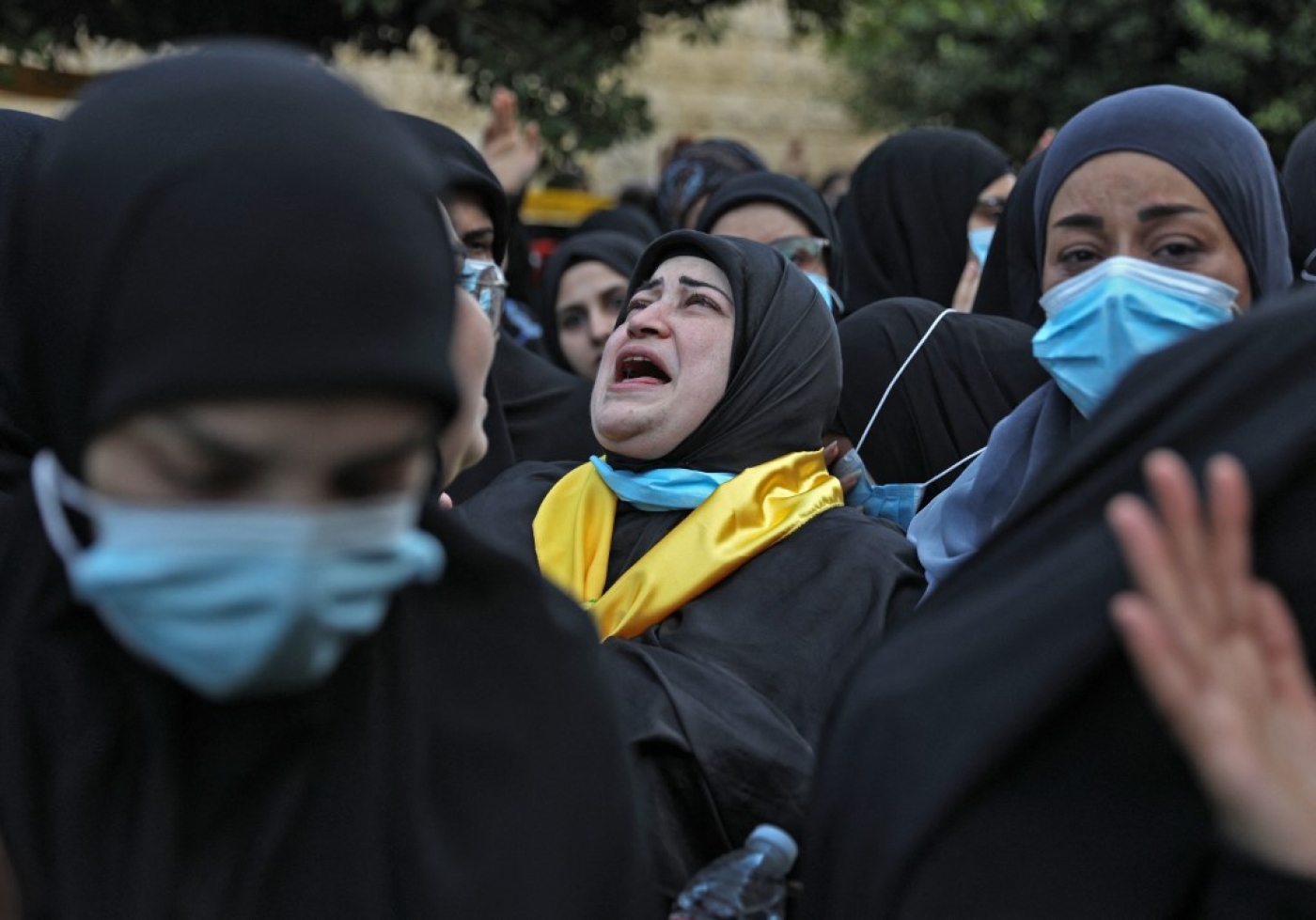 Mourners attend the funeral of some of Lebanon's Hezbollah movement members who were killed during clashes in Beirut a day earlier, 15 October 2021 (AFP)
By
MEE and agencies

The Lebanese army has announced that one of its members is under investigation after appearing in a widely shared CCTV video shooting at protesters during the deadly clashes that shook the capital Beirut on Thursday.

“Videos have spread on social media showing a soldier firing at protesters during the clashes that erupted two days ago in the Tayouneh area,” the Lebanese army said in a Twitter statement Saturday evening. “It is important for the army leadership to clarify that the shooter is under investigation under the supervision of the competent judiciary,” it added. 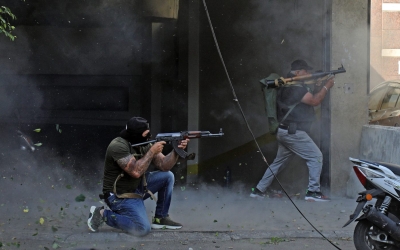 The majority of the fatalities were members of the Amal and Hezbollah movements, who have been demanding the removal of Judge Tarek Bitar from the investigation into the 4 August 2020 Beirut port explosion.

The two Shia movements have accused the Lebanese Forces (LF) party of ambushing a protest heading to the Palace of Justice on Thursday morning calling for Bitar’s replacement. The LF has denied the accusations.

Following the outbreak of violence on Thursday, the army issued a statement asking civilians to “evacuate the streets” and warning it would "shoot at any gunman on the roads, and at anyone who shoots from anywhere else".

Three days after the clashes, it remains unclear who shot the first bullet. The Lebanese army’s general directorate has issued a series of confusing and contradictory statements on how the deadly strife broke out.

Fear of another civil war

The area of the violence is widely known as the scene of the bus massacre of 13 April 1975 that kicked off the 15-year civil war. The clashes have reignited fears of another deadly conflict in the beleaguered country.

A pro-Amal gunman, who participated in the clashes and spoke on condition of anonymity, told MEE that most of those killed had been shot in the head with great precision. “Only well-trained professionals with the intent to kill can do that from a distance,” he said.

The Lebanese Forces, meanwhile, accused the two movements of entering residential areas in the LF stronghold and provoking residents.

Meanwhile, the spokesperson of the relatives of the Beirut blast victims, Ibrahim Hoteit, announced on Saturday that he quit his role, which had been supportive of judge Bitar.

In a U-turn from his previous position, he called for Bitar to step down, citing his fear of a civil war. But social media users and analysts have expressed concerns that Hoteit had been intimidated by Bitar opponents to change his position. 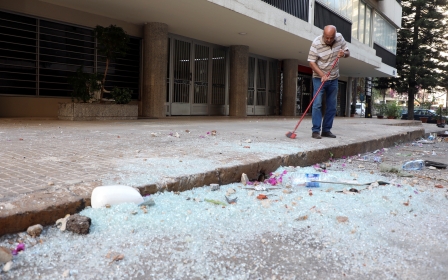 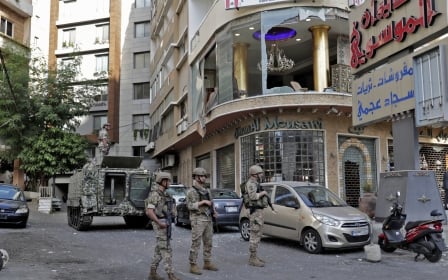 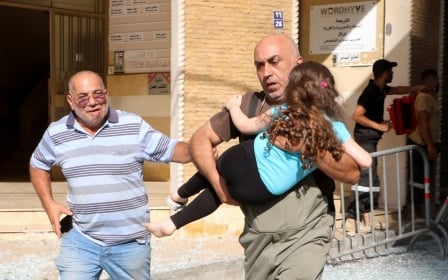