Jeweller’s design, which costs more than $7,000, has been denounced as distasteful 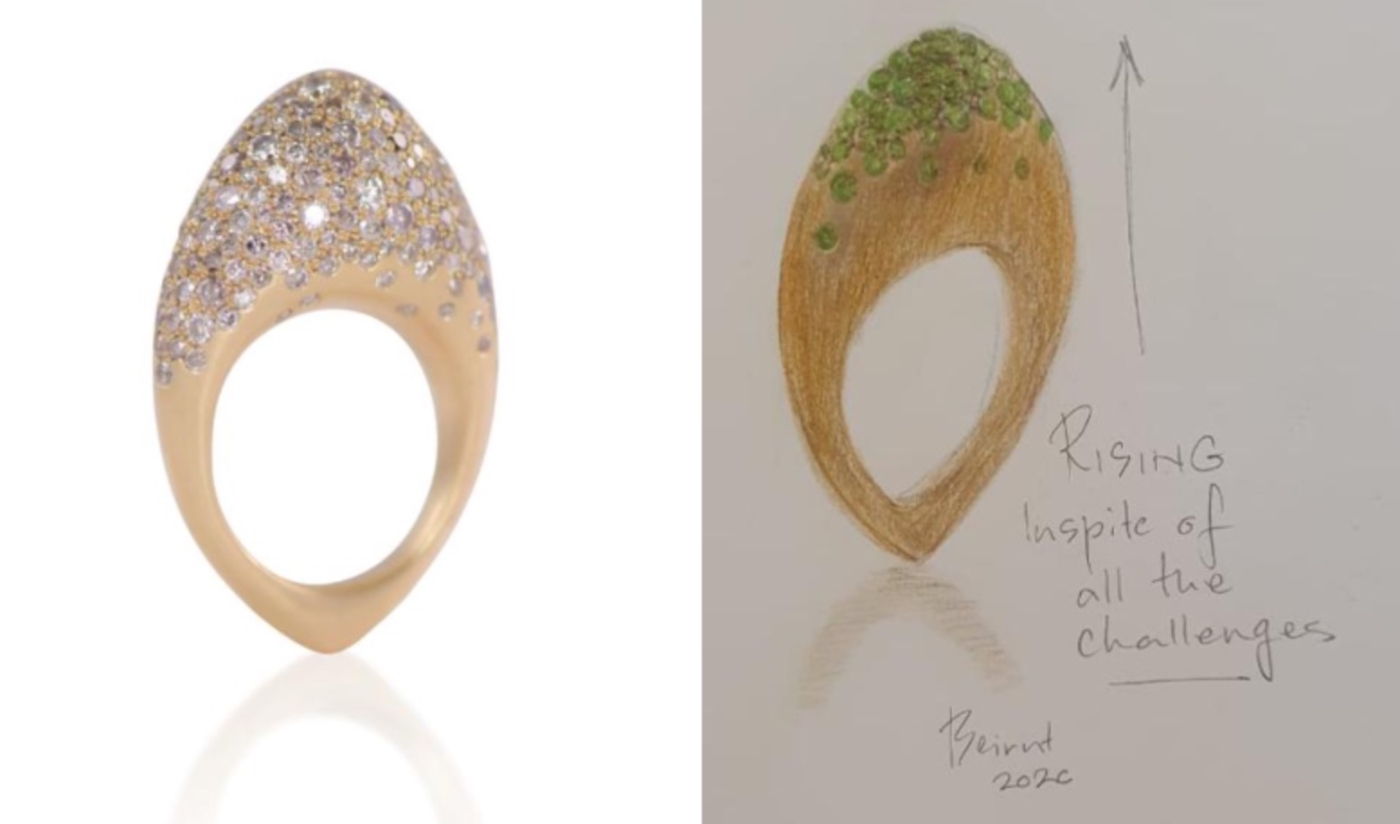 The ring represents the resilience of Beirut, but has not been well received online (Screengrab/Social media/Forbes)
By
Nadda Osman

A champagne diamond-encrusted ring, which has been designed to represent the resilience of Beirut following the devastating 4 August blast, has sparked condemnation online, with many deeming it distasteful.

The ring, designed by fine jewellery designer Nada Ghazal, is made from 18-carat yellow gold and is set with champagne diamonds, which are described as being "reminiscent of the dust clouds she saw after the explosion".

The "Blast Ring" is designed with a point that dips downwards, a concept said to symbolise the challenges that have dragged people down.

Online, people have said the design of the ring, which costs over $7,000, is capitalising on a tragic event. Around 200 people died in the Beirut port explosion, wounding some 6,000 others and leaving large parts of the Lebanese capital devastated.

Some have called for the designer to be boycotted, while others have criticised the cost of the ring, highlighting that it costs more than people in economic crisis-hit Lebanon are making in a year.

By the way, it costs more than what most people in Lebanon are making in a year at the moment pic.twitter.com/F7TsSgmdu6

Almost 3,000 tonnes of ammonium nitrate, which had been left rotting in Beirut's port for half a decade, exploded during a fire in a warehouse, in one of the largest non-nuclear blasts in history.

Online, social media users have called the ring design insensitive and poorly thought out, as many people are still suffering the repercussions of the blast, both physically and emotionally.

Middle East Eye reached out to Ghazal for response but did not receive a response at the time of publication.

Yet someone else trying to profit off the pain of thousands. And of course at a price most Lebanese couldn't possibly afford.

There is a big difference between depicting trauma through art & creating unaffordable, unattainable fashion off the back suffering #BeirutBlast https://t.co/wyxj8ZHtZk

Lebanon has faced unprecedented conditions in recent years, with a terrible economic crisis being worsened by the coronavirus pandemic and the port blast.

Last year, a Lebanese accessories brand also came under fire after selling a bag made from glass from the blast.

The brand, Vanina, which sells handcrafted bags and accessories made in Lebanon, was criticised online, with many claiming that it was an inappropriate way to pay tribute to those impacted by the devastating blast.

"The Silo Bag", as it was named, was part of a collection called "The Light of Beirut", and was intended to pay tribute to the Lebanese capital. 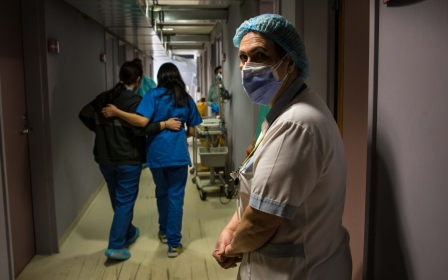