The aftermath of the blast has left the Lebanese capital reeling - but as Beirutis clear up the rubble, grief is making way to anger Shahen watched in a daze from his home in a neighbourhood close to the port while buildings blew into pieces as a devastating shockwave spread from the sea.

“I initially thought these were air strikes slowly approaching us, and that we were next,” the 21-year-old Beirut resident said. “So I froze and I accepted death.” 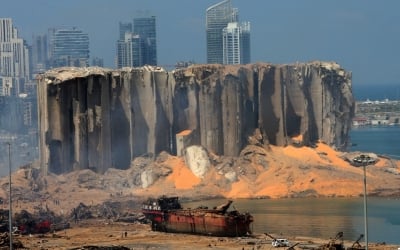 Two explosions at the Beirut port rocked the Lebanese capital on Tuesday, leaving at least 149 people dead, 5,000 wounded, 300,000 homeless, and many missing.

While Lebanon has lived through a 15-year civil war, Israeli military offensives and countless bombings, the scale of devastation from this single incident is unprecedented.

Shahen was among hundreds of volunteers who since Wednesday have helped clear the streets littered with debris and glass and found shelter for those displaced. “Cleaning debris is fine, but you're also surrounded by the elderly leaving their homes in Gemmayzeh fearing their building collapsing next,” he said. “You're surrounded by bodies being transported on motorcycles.”

He said there was a strong sense of unity that was “unlike anything I've seen before”.

But he also felt an atmosphere of exhaustion and despair; the country has seen its economy collapse in the past year after decades of mismanagement, corruption, and nefarious policy.

Preliminary investigations indicate that the explosion came from a confiscated shipment of ammonium nitrate, an explosive chemical compound often used for fertilisers. This shipment, a whopping 2,750 tonnes, had been left in a warehouse at the port for six years.

Much of the population believes responsibility for this explosion and the devastation that followed falls squarely on the shoulders of Lebanon’s political class, who, it appears, stood by for years as this dangerous cargo lay in the capital city.

“There is rage because we lost so much to something preventable,” Shahen said.

From grief to rage

Michelle’s Geitawi apartment was completely destroyed. Broken glass and furniture landed on her bed. She luckily wasn’t there.

“My friends are in the hospital, and my neighbour’s four-day-old baby is in the ICU,” the 29-year old told MEE. “It’s disgusting, they’ve known this explosion was bound to happen and yet nothing was done.”

Volunteers from local charities, scouts, and many ad hoc initiatives on social media have continued to gather in affected areas.

Cleaning the streets, clearing the rubble, or helping impacted residents with the plethora of issues they now face, the community-led efforts were a generally solemn affair.

But as Emmanuel Macron arrived in Beirut's demolished Gemmayze Street on Thursday, people crowded around the French president to take pictures, with some even cheering for him.

The quiet volunteers turned into angry protesters as their numbers grew.

'Beirut is destroyed, people are injured and homeless, but no one has lent a helping hand except the people'

“The people demand the fall of the regime”: once again, this chant rose from the crowds in Beirut, now with more indignation than ever,

“I am not here to help them [the politicians], I am here to help you!” Macron told a distressed Lebanese woman before embracing her.

Macron found himself stuck in Gemmayzeh. The Lebanese army had to forcefully clear protests, even attacking some of them, to let the presidential convoy pass.

Protests continued into the night as they moved to downtown Beirut’s Martyrs Square.

With painful irony, the protesters, incensed by the fact that the French head of state had reached out to the people while their own leaders were nowhere to be found, were targeted by Lebanese security forces with mostly French-manufactured tear gas.

All questions, no answers

The blast comes at possibly the worst time for Lebanon. 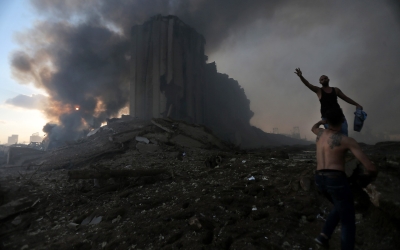 The country’s economy has been spiralling for almost a year, arguably at total collapse. About half the population was estimated to be living below the poverty line before the fateful blast.

The main port of a state heavily reliant on imports is now out of commission. Beirut Governor Marwan Abboud has estimated that it would cost up to $5 billion to repair the capital’s port and the widespread damage.

With the local currency already losing around 80 percent of its value in less than a year, coupled with skyrocketing food prices and unemployment, the people of Lebanon are truly on their knees.

“People [are] screaming in rage because they lost all that they had,” Shahen said. “They can't even rebuild if they want to in this dire economic situation.”

With the Lebanese state virtually absent in the wake of the disaster, impacted families feel they have been hung out to dry.

“Beirut is destroyed, people are injured and homeless, but no one has lent a helping hand except the people,” a distraught Michelle told MEE. “It’s only been individuals and NGOs that have been supportive and have shown huge solidarity to Beirutis.”

An internal investigation consisting of Lebanon’s top-ranking political and security leadership is in the works. Authorities have urged the Lebanese people to give them five days to determine the full circumstances of the tragedy - but trust, already lacking before 4 August, has now evaporated.

On Wednesday, Parliament Speaker Nabih Berri - one of the most enduring militia leaders from the civil war turned politician - said: "Beirut doesn't burn nor drown. It drinks patience and rises like a phoenix."

But Lebanese citizens have seemingly run out of patience.

In a Beirut flattened by disaster, ropes have sprouted from balconies, and a new slogan has emerged on angered citizens' lips: "Prepare the nooses." 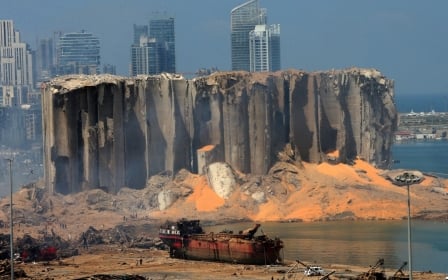