'I'm afraid of my government': Sorrow and rage as Beirut marks blast anniversary

Thousands hold their breath in silence as the agonising one-year milestone is passed at 6.07 pm 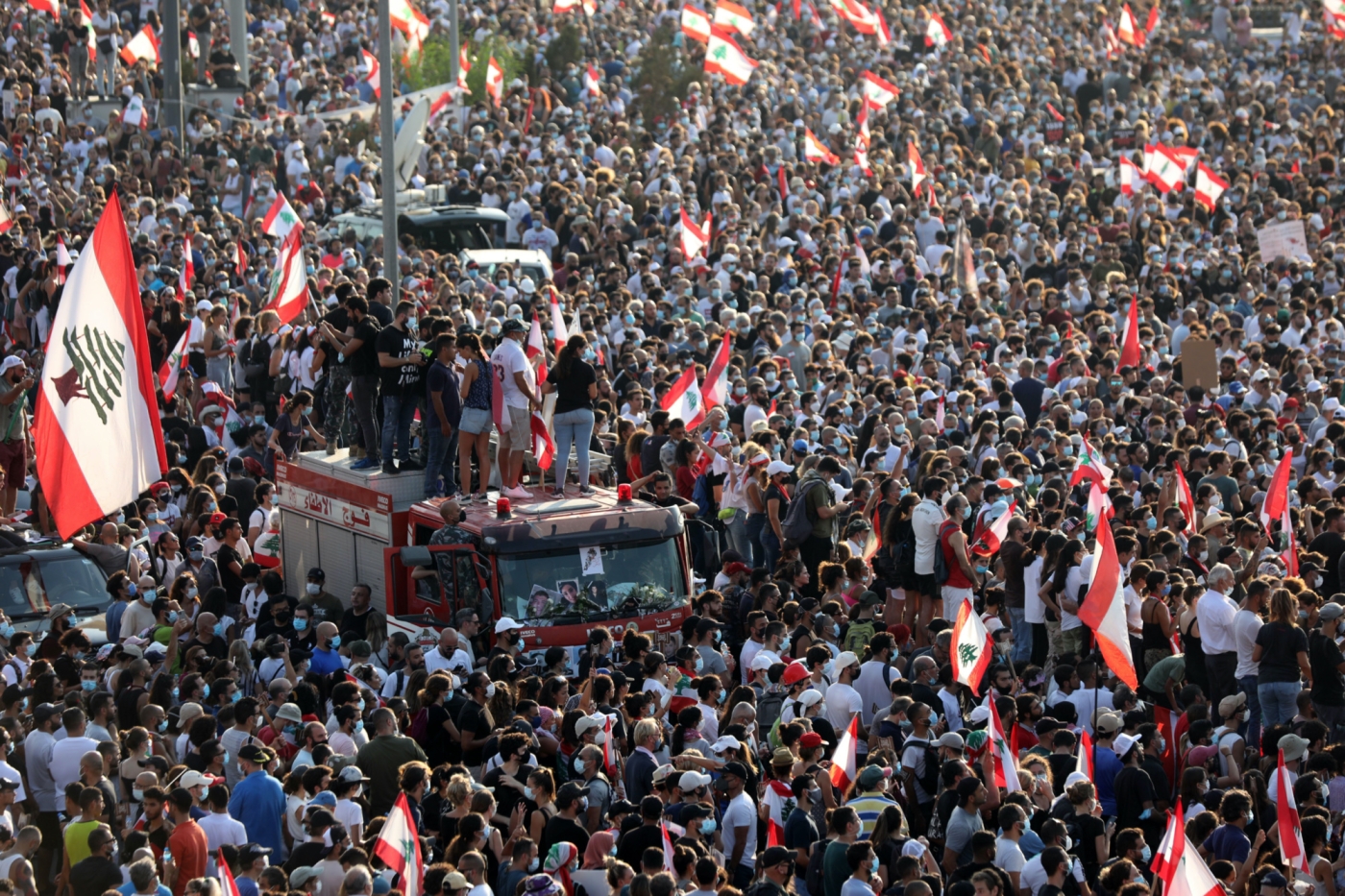 As the golden hour cast its soft light on the remains of Beirut’s silos, thousands of people collectively held their breath as the seconds inched closer to 6:07 pm - the moment exactly one year ago the face of the city and its residents were changed forever.

With only the sounds of Lebanese flags fluttering in a light breeze and of ambulance sirens in the distance, a moment of silence, heavy with painful memories, was held at the port of Beirut.

Piercing that silence, suddenly, was a clap. First a few, back by the highway. Then the sound travelled, and applause charged towards the port like waves.

A woman began to sing. Alone, solo, singing the national anthem as an entire country mourned a disaster that was not just man-made, but made by a political class that has only sunk Lebanon deeper in the mire in the 12 months since.

At least 218 people were killed on 4 August 2020 when hundreds of tonnes of ammonium nitrate left to rot in a warehouse ignited. Vast stretches of the city were destroyed.

Now, people had come to mourn. Soon they would show their anger.

It was clear early on that the crowd would be vast. Streets into central Beirut were jam packed with traffic - at least those the army hadn’t closed off.

Yet buses ploughed on, playing Fairouz and carrying determined Lebanese, Syrians, Palestinians and Beirut residents of all nationalities to the vigil. Some braved the afternoon sun to walk all the way, with the little shade available retreating the closer they got to the port.

In the sea of faces marching from the fire brigade headquarters, a nod to the firefighters who died trying to contain the warehouse fire, some cried silently, while others shouted slogans against the politicians they held responsible for the tragedy.

Many were simply unable to talk about that day.

'From the president to the lowest-level official, they are all responsible. None of them called me to apologise for their crime or to ask if we needed support'

“I’m sorry, it’s too hard for me to formulate words on a day like today,” one woman said as she turned a pained face towards her friends for support.

Others quickly spoke of a pain that has not begun to heal, and the utter lack of justice and answers provided by their leaders.

Not a single official has been held to account for the criminal negligence that allowed tonnes of the highly explosive chemicals to be stored in the heart of the capital. The official investigation has foundered and faced resistance at every turn.

And this was a fact seized upon by the victims’ families as they spoke at the port on Wednesday evening - reminding the crowd that many officials, from the prime minister to the president, had been warned of the danger.

“Our home is devoid of happiness. The cloud of that day is still hovering over us, and the flame keeps on flaring,” Abu Ziad Soboh, who lost his son Ziad in the explosion, told Middle East Eye.

“From the president to the lowest-level official, they are all responsible. None of them called me to apologise for their crime or to ask if we needed support,” he added.

“Ziad’s son was two years old when his father died, and I’m taking care of him now. He is the only reason why I’m living.”

As the memorial service was underway, news started coming in that security forces were firing tear gas at protesters near parliament, a half-hour stroll from the port. People became agitated.

“They have ruined our lives. This is a beautiful country, it’s unbelievable that such a system is still in control since the civil war. They need to know that this will not pass, and they all need to go,” said 41-year-old Myriam, who lost a friend in the blast.

“After 4 August, I felt an emptiness inside me that lasted for a really long time.

“We spent that whole night trying to reassure our friend’s cousin that Christelle was fine, but the next morning we were told that she had instantly died after a wall fell on her.”

The plumes of tear gas rising from central Beirut were an early indication that the quietude of the vigil was being replaced by a police crackdown, as Lebanese began to express their fury outside parliament - a symbol of Lebanon’s endemic corruption.

As the crowd began marching into town, the popular chants of the October 2019 anti-government protest movement began to ring out.

He and his friend Abby were in Broumana when the explosion happened and immediately drove back to eastern Beirut.

“We stood at the start of Gemmayzeh, staring, before taking the horrifying walk all along the street,” said Joe, whose school friend Jessica died in the explosion.

“At that moment I felt like we could never recover from this. The area was upside down.”

When Abby reached her Geitawi home, the windows and doors had disappeared. Two of her housemates were wounded.

'Yesterday I took a small walk in Mar Mikhael, I almost felt like I was going to vomit from anxiety. I’m not ready for this day. I’m not ready to recognise that this had happened'

“For around four months after the explosion, all of my friends were still deeply traumatised and tired, and it was hard for us to help each other process the trauma because we were going through the exact same thing,” Abby said.

But in truth, she said, 4 August was one of hundreds of difficult days in Lebanon, a country running out of basic necessities such as medicine and fuel as the economy nosedives. Abby said she feels angry every day, not only about the blast, but also about everything else going wrong.

For Joe, this anniversary has come too soon.

“Yesterday I took a small walk in Mar Mikhael, I almost felt like I was going to vomit from anxiety. I’m not ready for this day. I’m not ready to recognise that this had happened,” he said.

“I’m afraid. I’m afraid of my government. This government can easily kill us, remap our city, leave us without electricity, without any kind of commodity.

“I’m afraid that tomorrow something else is going to be mismanaged, and tomorrow it might be my life on the line.” 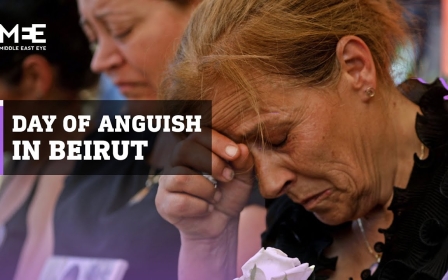 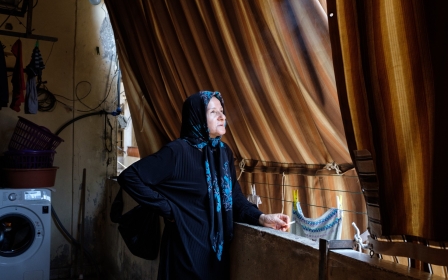 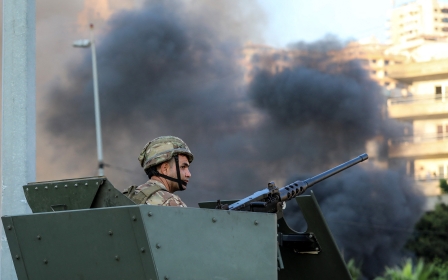