Lebanon economic crisis: Food prices are so high not even shops can afford them

Supermarket shelves are empty of many basic goods, while Lebanese struggle to deal with their rapidly devaluating currency Lebanon's economy minister said 60 percent of the population will live below the poverty line by the end of the year (MEE/Lynn Chaya)
By
Kareem Chehayeb
, Lynn Chaya
in
Beirut and Hammana, Lebanon

“You can take pictures of anything you want,” the branch manager of a major supermarket chain in Lebanon told Middle East Eye. “But you can’t take a picture of the price tags.”

Meanwhile, a customer on the phone asks, “The price of a can has gone up to 9000 liras, should I still get one?”

From mundane to insane, grocery shops in Lebanon have become a microcosm of the country’s escalating economic crisis in recent weeks.

'Everyone is suffering in one way or another'

An unstable currency has led to sudden price hikes. With the prices of some items tripling or even quadrupling, panic-ridden shoppers have rushed to stock up on items, fearing they might not be able to afford them anymore.

Abdel-Rahman al-Zein, a 24-year-old architecture graduate in the southern town of Saida, tells MEE that empty supermarket shelves are no longer an anomaly.

“Prices in grocery stores have become extremely high,” a concerned Zein said. “Everyone is suffering in one way or another.”

Zein said that many Lebanese can’t afford to buy meat anymore, and don’t buy fruits like they used to, as it is now considered a luxury item.

Back in April, a social worker in the southern town told MEE that prices have gone up by up to 60 percent, but things have taken a turn for the worse since.

Lebanon’s currency crisis continues to spiral out of control, as black-market rates reign supreme. In late April, economic anxiety turned into mass protests and frenzy as the Lebanese pound devalued to approximately 4,000 to the US dollar.

Today, black market rates continue to hover at 9,000 Lebanese lira to a dollar, meaning that the local currency – officially pegged at 1,500 to the US dollar - has lost over 80 percent of its value in less than a year.

Today, it is common to see an abundance of produce on one side of a grocery store and, on the other side, a shortage of bread, flour, rice, and non-perishable food items.

“You would go through a whole week without finding flour,” Joelle Bassoul, a mother of two, told MEE.

The Beirut resident added that this kind of panic buying was unheard of, even during the country’s ferocious 15-year civil war.

“This is something we’re not used to.”

Though recently exacerbated, fears of wheat shortages due to the unstable currency are not novel, as the country imports wheat in US dollars and sells to customers in lira.

Since then, no viable solution is in sight: bakeries have shut down, and others threatened to follow suit as Lebanon witnessed long breadlines during the latter days of June.

At grocery stores, bread remains scarce, even at major chains. In an effort to quell concerns from millers, Economy Minister Raoul Nehme raised the partially subsidised price of bread by 33 percent from LBP1,500 per 900-gram loaf to LBP2,000.

'Want cold water? There isn’t any. There hasn’t been any electricity all day'

In major grocery chain Spinneys, what’s left of the old stock of bread at LBP1,500 is now a “special promotion”. A few loaves of bread sat on a mostly empty rack, facing a colourful and overwhelming stock of fruits and vegetables.

For small shop owners, running a grocery store has become an arduous task. Off Beirut’s Hamra Street, a middle-aged man leans against his small storefront.

“Want cold water? There isn’t any,” he told MEE. “There hasn’t been any electricity all day.”

While his shelves were almost entirely empty, the man declined to be interviewed.

In the mountainous town of Hammana, just 26 kilometres away, Fadi Aboulhosn said that closing his modest shop would be more economically efficient than trying to sell off his remaining stock, as prices soar, and people shop less.

“There’s approximately a 40 percent decrease in the number of people shopping,” he said.

The Covid-19 pandemic was a huge blow to a country already “mired in the worst financial crisis in its history”, World Food Programme Lebanon spokesperson Malak Jaafar told MEE in a statement, adding that 163,000 households – almost a million people – live below the food poverty line.

“Between September 2019 and May 2020, WFP recorded an increase of 56 percent in the price of the basket of eight basic food commodities,” which she said includes common household staples like rice, salt, sugar, and sunflower oil.

In the meantime, the international organisation is working on providing food assistance to some 50,000 Lebanese families – about 250,000 people according to Jaafar.

While there has been a push to promote locally produced food and household items, Aboulhosn says that these products have also had their prices hiked.

Back in Beirut, Prime Minister Hassan Diab, alongside the economy minister and interior minister, Mohamed Fehmi, toured a few supermarkets.

“A 70 percent hike in prices is rejected,” an indignant Diab said.

But that was back in April.

In late May, in a Washington Post op-ed, the Lebanese premier admitted that a food crisis is looming on the horizon. Blaming it on political mismanagement, the economic crisis, and the impact of the Covid-19 lockdown, Diab said, “many Lebanese have already stopped buying meat, fruits, and vegetables, and may soon find it difficult to afford even bread.”

Today, with the food crisis evidently unabated, Central Bank Governor Riad Salameh said efforts will be made to counter the black market’s impact on food prices. 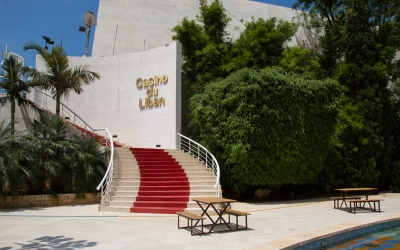 When or how this will be implemented is yet to be seen, but Lebanese households remain wary and concerned.

Fuel shortages have led to increased power cuts and an increase in generator prices, coupled with unresolved medicine shortages at hospitals and price hikes elsewhere.

Nehme admitted that some 60 percent of the population will live below the poverty line by the end of the year, a grim prospect indeed.

WFP’s Jaafar said that sustainable food security in Lebanon would require wide-reaching reforms, which would involve policy related to food production, trade, agriculture, and the environment.

“[It] will require all actors to engage in a wider range of reflections and reforms,” she said. “Food security…should also be seen as a critical starting point and catalyst for reform in general.”

Lebanon’s government and rulers have for years promised to enact sweeping reforms to make the economy viable again and win the trust of the international community and investors. With International Monetary Fund talks halting following almost two months of stalled negotiations, it is unsurprising that a disgruntled population remains cautious – or even cynical.

Bassoul said that grocery shopping today is no longer a mundane task and has become a frequent anxiety-inducing topic of discussion among mothers.

“Previously, we would talk about what we found that had certain ingredients in it, to be mindful about the ingredients for our children,” she said. “But now we just talk about the cheaper options.

“You now go to the supermarket with your shopping list, but you can’t guarantee that you will buy everything on that list.” 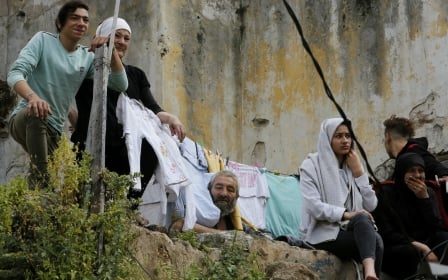