Lebanon: Multiple banks held up by people desperate to withdraw their own money 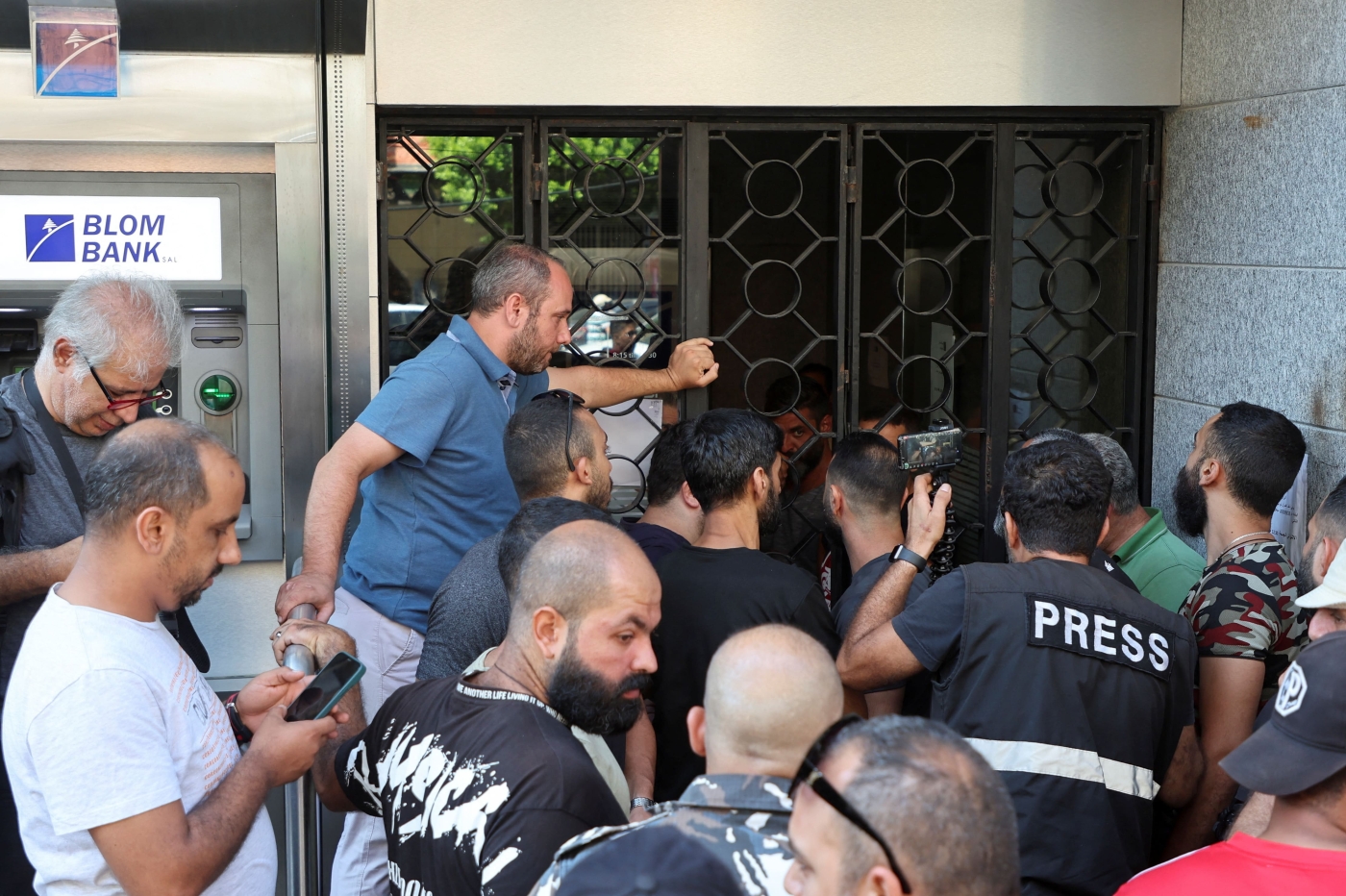 People stand outside a Blom Bank branch in the Tariq al-Jdideh neighborhood in Beirut, Lebanon 16 September 2022 (Reuters)
By
MEE staff

At least eight banks were held up by depositors seeking access to their own money frozen in the banking system in Lebanon on Friday, in an escalating spate of such incidents this week.

Local media reported that over a span of a few hours on Friday morning, at least eight bank branches across Beirut and other towns were stormed by people looking to withdraw their own money.

'The war to recover deposits has begun'
- Depositors Union

According to the Lebanese TV channel, LBCI, two men stormed a branch of Byblos Bank on Friday in Ghaziyeh town in southern Lebanon.

In the capital, people stormed two branches of BLOM Bank in the Tariq el-Jdide and Concord areas. Branches of the Lebanon and Gulf banks were targeted in Ramlet al-Baida, while three branches of the Libano-Francaise bank in al-Hamra, al-Kafaat and al-Dahieh areas were stormed.

A branch of Bankmed in Chhim, south of Beirut, and a branch of Fransabank - which was founded in 1921 and is one of the oldest banks in Lebanon - were also stormed.

Lebanon has witnessed 10 such incidents since Wednesday, highlighting people’s frustration over a spiralling financial crisis with no end in sight.

On Friday morning, a Lebanese man had stormed and held up a branch of the Byblos bank in the southern town of Ghaziyeh.

A man in his 50s threatened bank employees with a gun, emptied a jerrycan of fuel on the floor, and asked for his frozen money to be released.

Lebanese media said he carried a fake gun and walked away with around $19,200 before army forces arrested him.

On Friday, the Lebanese banks' association announced that banks around the country would be closed for three days due to "repeated attacks" and the physical harm they could cause employees and clients.

The association said banks would shut their doors from 19 September to 21 September.

"The association insists on rejecting violence in all its forms because violence is not and will not be the solution," it said in a statement.

The Depositors Union called on the Lebanese security forces to protect depositors who had gathered in front of the banks.

"The war to recover deposits has begun," the Union, which was formed after the economic crash in 2019, said in a statement.

"We will not be silent until our rights are fully restored," it added.

Since the onset of the crisis in 2019, commercial banks in Lebanon have frozen depositors out of their savings and restricted access to their accounts as part of informal capital controls. Bassam Sheikh Hussein, 42, took six people hostage and threatened to set the bank on fire if he was not given access to more than $200,000 stuck in his account.

Federal Bank later dropped charges against him and public prosecutor Ghassan Oueidat announced Hussein’s release from prison without charges or future prosecution related to the case.

Lebanon is in the third year of a financial meltdown that has left an estimated 80 percent of the population living below the poverty line and which the World Bank has said is deliberate and may be one of the three worst economic crises of modern times. 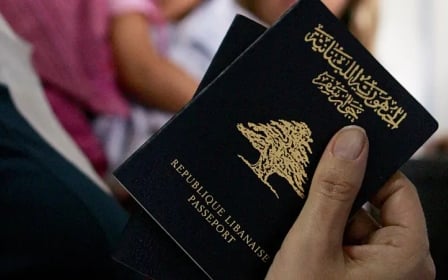