With the government dissolved, pressure is on for politicians to decide a new way forward while protesters vow to press on 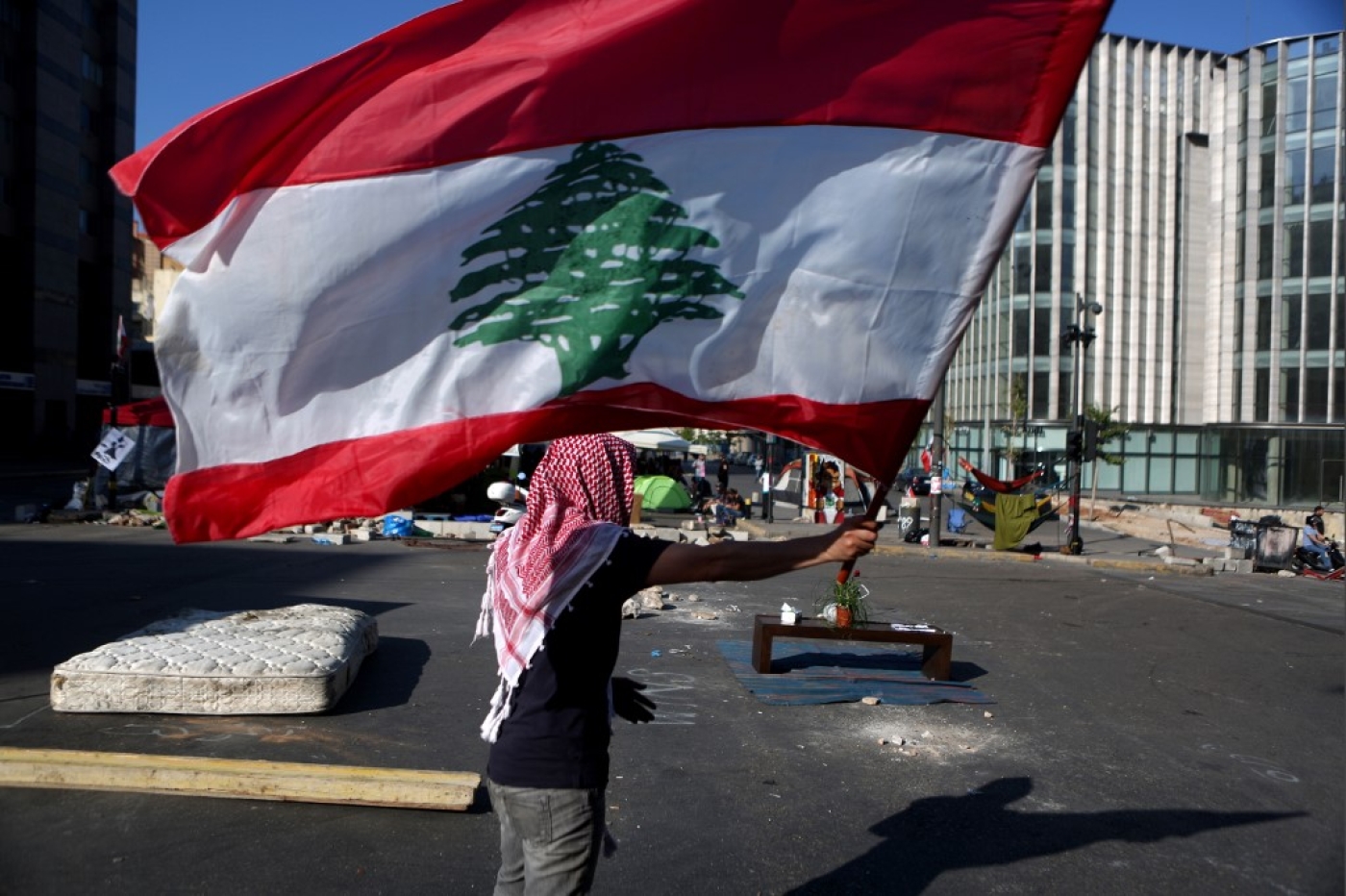 Lebanese protesters abandoned many of their roadblocks on Wednesday, but in Beirut, a demonstrator keeps his going (AFP)
By
Heba Nasser
in
Beirut

The resignation of Lebanon's government after nearly two weeks of protest looked set to ease the country’s standstill even as protesters pledge to press on with their demands.

President Michael Aoun accepted Saad Hariri’s resignation on Wednesday, asking the government to stay on until a new one can be formed, with demonstrators calling for a technocratic cabinet.

The change in government is a victory for protesters who have paralysed the country’s streets and daily life with the unprecedented scale of their outcry against corruption and entrenched political elites.

Responding to Hariri's resignation, Ward, a protester in downtown Beirut who wished to be identified only by his first name, told Middle East Eye the demonstrations would push on for more.

"Our morale is high, and we will not leave the streets until all our demands are met. Hariri’s resignation is not enough,” he said.

Day 13 of our #LebaneseRevolution registered one of many success to come. A first step towards what we've been dreaming of for years: justice, social justice, accountability, a clean government. We will not back down ✊#LebaneseRevolution #LebanonUprising #لبنان_ينتقض

It’s uncertain how the crisis will be resolved and if politicians, their parties and in some cases, their foreign backers, will be able to move forward while also meeting protesters' demands; including holding corrupt officials accountable and holding new parliamentary elections.

“It is unclear how the revolt will end, now that the Lebanese Prime Minister Saad Hariri has resigned,” wrote Rayan el-Amine, assistant director at the Issam Fares Institute for Public Policy.

“But the long-resilient sectarian political system in Lebanon has been shaken to its foundations.”

Iran, which backs the powerful Hezbollah party, waded into the fray on Wednesday, accusing the United States, Saudi Arabia and Israel of stoking unrest in Lebanon, and calling for calm in the country. “Our advice has always been to call for peace and [stopping] interference by foreign forces in these countries,” President Hassan Rouhani’s chief of staff Mahmoud Vaezi was quoted as saying by state media.

The two Shia parties have alleged that the demonstrations, which have sprung up even in their strongholds, are stoked by outside powers.

On Wednesday, security forces reopened several of the roads that had been blocked by protesters since 17 October, when Lebanese began to paralyse the country in response to a planned series of taxes that would have hit the already-weary population.

Some protesters wanted to keep roadblocks in place to pressure the government. Others promised to bring them back when needed.

Aoun is scheduled to address the country on Thursday evening. Lebanon Protests
Lebanon protests: How the Washington Post got it all wrong
Marco Carnelos