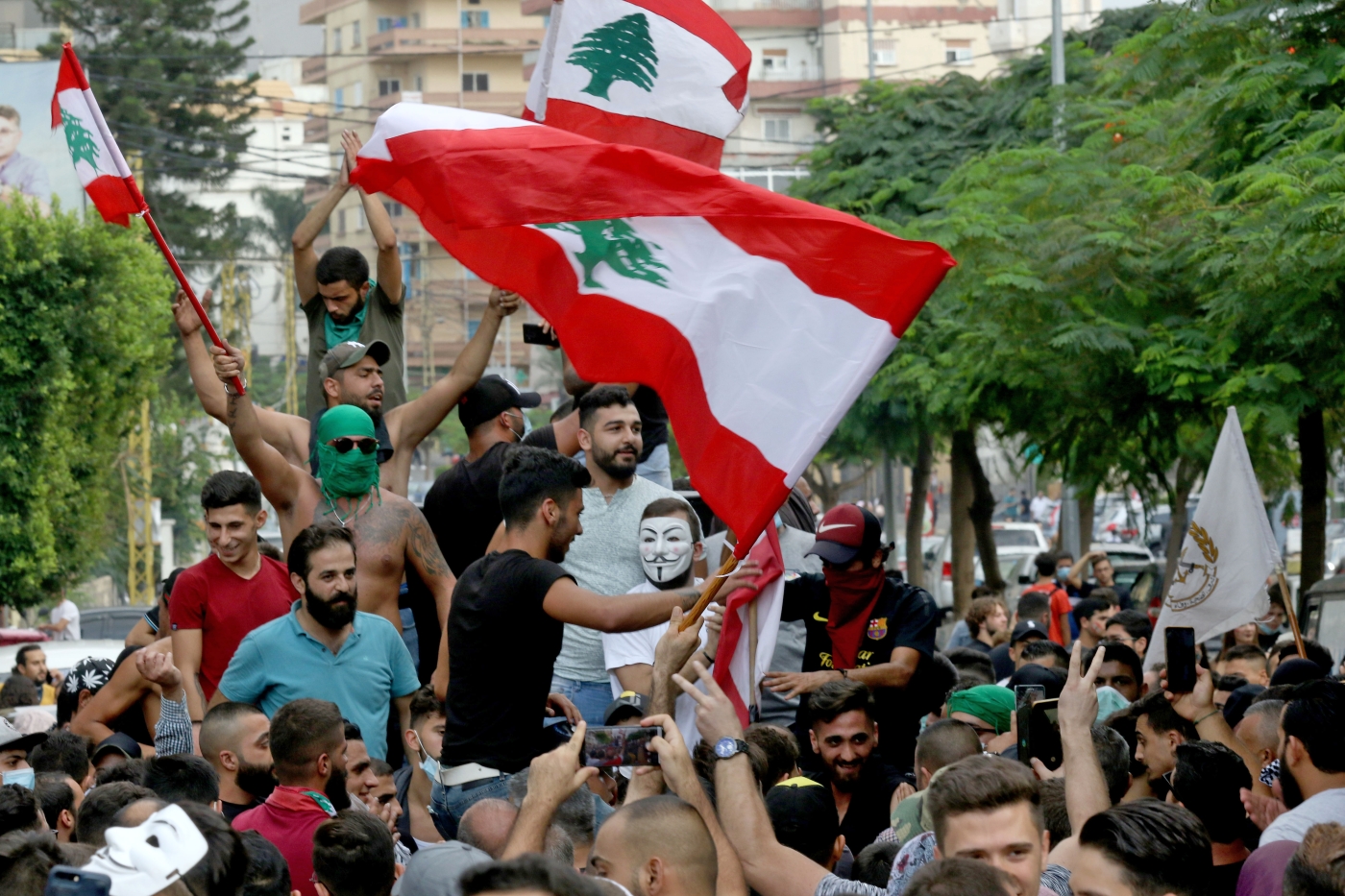 Lebanon's Prime Minister Saad al-Hariri on Friday gave "his partners in government" a 72-hour deadline to back key reforms to resolve an economic crisis that has led to mass protests, and threatened to take a different approach otherwise.

Tens of thousands of protesters took to the streets across Lebanon on Friday, blocking roads with burning tyres and marching in the capital Beirut for a second day of demonstrations targeting the government over a deepening economic crisis.

'We are one people united against the state. We want it to fall'

Their chants called for leaders including President Michel Aoun, Hariri and parliament speaker Nabih Berri to step down.

"I'm setting a very short deadline. Either our partners in the coalition government give a clear, decisive and final response to convince me, the Lebanese people and the international community... that everyone has decided on reforms, or I will have something else to say," Hariri said on Friday evening.

Addressing the protesters in a televised conference, Hariri said that Lebanon was going through an "unprecedented, difficult time" and that his efforts to enact reforms have been repeatedly blocked by others in the government, without specifying who.

"The people gave us more than one chance to enact reforms, but politicians kept stalling," he said.

Lebanon's biggest protests since 2015 have persisted even after the government cancelled a decision late on Thursday to impose new taxes on use of cellphone applications including WhatsApp, in an attempt to appease the thousands of demonstrators who gathered outside government headquarters in Beirut.

In Tripoli, bodyguards of former lawmaker Mesbah al-Ahdab shot at protesters, killing one and wounding seven.

Angry protesters responded by trying to reach Ahdab’s office, lighting a car on fire and flipping it over. The police have yet to confirm if the car belonged to Ahdab or his bodyguard.

In Beirut, meanwhile, one protester, Diana, told MEE that unemployment continues to worsen, including for young working people such as herself.

'They all have to go. Every single one of them in power'

“Everything has come to a collapse,” she said, as some protesters set off firecrackers.

She said the new regressive tax measures the government was trying to push on top of austerity measures were “ridiculous”.

“People already have it difficult enough,” she said. “Why keep taxing poor people when you can tax rich people and corporations?”

In a speech on Friday afternoon, Foreign Minister Gebran Bassil, who is Aoun's son-in-law, warned the protests may cause problems.

“What is happening could turn into a big disaster leading us to chaos and strife,” Bassil warned, adding that some “internal forces are riding the popular wave” to dismantle the government.

“The protests are not against us, but they are for our demands, the people ‘s demands, and for the benefit of the country,” he said.

“We want to eat. We want to live,” Michael, a protester draped in a Lebanese flag, told Middle East Eye on Friday in Beirut. “They all have to go. Every single one of them in power.”

Another protester, Tracy, echoed calls for the country's political class - largely governed by families passing on power down to relatives since the end of the civil war in 1990 - to go.

“We [the youth] have grown up,” she told MEE. “We are the decision-makers now.”

Two Syrian workers died on Thursday night in a fire that spread to a building near the protests in Beirut, the National News Agency (NNA) said.

Fires that lighted the streets overnight in central Beirut were still smouldering on Friday morning  amid pavements scattered with glass of smashed shopfronts and billboards torn down.

Also on Friday, protesters blocked roads in the north, the south and the Bekaa Valley, among other areas, NNA reported. Schools were closed by the government.

"We are one people united against the state. We want it to fall," said a protester in the town of Jeita, 15 km from the capital. "Revolution, revolution!" others chanted.

Translation: The full video of gunfire from a member of the security team of minister Akram Chehayeb

This was the second wave of nationwide protests this month.

The United Nations has urged all sides to refrain from activities that may lead to increased tensions and violence.

Meanwhile, Saudi Arabia, Kuwait and the United Arab Emirates have warned their citizens to against travelling to Lebanon.

Earlier this week, wildfires spread across the country and emergency helicopters were not available to extinguish them because they had not been repaired in years.

The government has proposed austerity measures and tax hikes to balance the country's budget, fuelling the rage of citizens who already accuse politicians of corruption and mismanagement.

The government ordered all banks and schools to shut down on Friday because of the unrest.

"Lebanon is absolutely boiling tonight, something feels different about this time, it's spontaneous and rightly angry," Lebanese-British satirist and architect Karl Sharro wrote on Twitter on Thursday.

"The WhatsApp tax is just the spark, this is much deeper. A corrupt, incompetent political class has dragged the country down and created utter dysfunction."

The government, which includes almost all of Lebanon's main parties, is struggling to implement long-delayed reforms that are seen as more vital than ever to resolve the crisis.

The Lebanese newspaper an-Nahar described it as "a tax intifada", or uprising, across Lebanon.