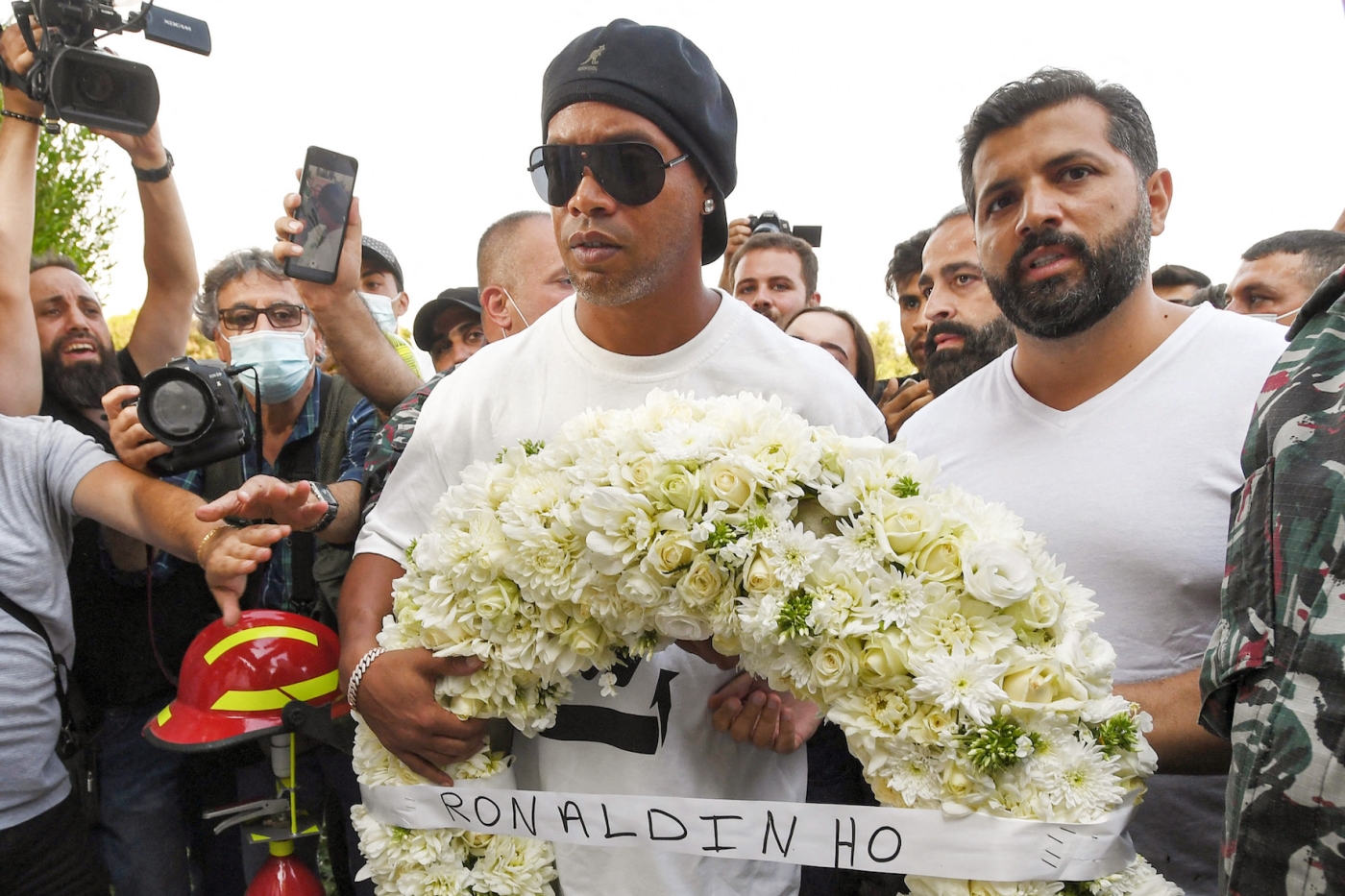 Former football star Ronaldo de Assis Moreira - commonly known as Ronaldinho - visited Lebanon this week ahead of the one-year anniversary of the Beirut port blast, with his presence causing a stir online and on the streets.

Ronaldinho landed in Beirut on 28 July with the aim of showing solidarity with victims of the explosion, which killed at least 200 people and devastated entire neighbourhoods of the Lebanese capital, and meeting with different associations involved in relief and rebuilding efforts.

However, the world-famous Brazilian footballer’s trip has not been without its controversies. On Thursday, Ronaldinho paid a visit to the Beirut fire brigade in the hard-hit Karantina neighbourhood, where he laid a wreath in honour of the victims of the explosion.

The star was greeted by members of the Beirut fire brigade, families of the victims and dozens of fans.

The atmosphere at the event turned hectic, though, as journalists, photographers and fans clamoured to see Ronaldinho. In response, members of the fire brigade pushed back a number of cameramen and journalists, leading to cameras being smashed at the scene.

According to Lebanon's Syndicate of Photographers, at least five reporters were targeted during the scuffle. The head of the syndicate, Aziz Taher, issued a statement strongly condemning what he called an “attack” on photographers and media professionals.

Taher also urged the Beirut fire brigade leadership and authorities to hold those responsible accountable for their actions.

Hossam Shabaro, a cameraman for Lebanon 24 who was involved in the incident, said that "a stampede occurred between the photographers and members of the regiment, and the cameras of a number of photographers were damaged".

The incident was not the only one to raise eyebrows during Ronaldinho's trip. That same day, Egyptian actress Abeer Sabry posted photographs on Instagram showing her posing at a party with a group of people that included the footballer.

The caption of one of the posts read: “A celebration in solidarity with the beloved Beirut and those injured at the port, with the Brazilian Ronaldinho and Elham Shahin.”

For many social media users, both the event and Sabry's social media post were deemed insensitive, as Lebanon continues to reel from the impact of the explosion that left an estimated 300,000 people homeless, in addition to a crippling economic crisis, continued political deadlock, and the Covid-19 pandemic.

جايين تحتفلوا بموتنا وتتصوروا يعني؟
So Ronaldinho came to #Lebanon supposedly ‘in solidarity’ with victims of the #BeirutBlast - I don’t see how posing in a night time party is an act of ‘solidarity’ but I can fairly conclude: this whole event is insulting. pic.twitter.com/ohtBS9CQCg

Instagram users took to the comments to criticise the party, with one person writing: “People died in the port incident and celebrities dine, party and enjoy themselves for the wounded.” 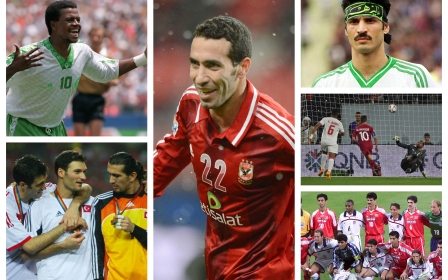