The leader of the Lebanese Shia group Hezbollah insisted that one of its Sunni allies be given a portfolio in a new Lebanese cabinet, and indicated it would be ready to go back to square one in negotiating a government if necessary.

In a televised speech on Saturday, Sayyed Hassan Nasrallah also warned Israel that his Iran-backed group would respond to any attack on Lebanon and urged his country to withstand diplomatic pressure over its rocket arsenal, Reuters reported.

Lebanon's foreign minister said last month that Israel was trying to "justify another aggression" by falsely alleging there were Hezbollah missile sites near Beirut airport.

Israeli Prime Minister Benjamin Netanyahu, speaking at the United Nations, identified three locations near the airport where he claimed Hezbollah was converting "inaccurate projectiles" into precision-guided missiles. He did not provide any evidence to back that allegation.

Hezbollah's demand for one of its Sunni allies to be given a portfolio in the new Lebanese government is at the heart of a row that has obstructed a final agreement six months since a parliamentary election.

The formation of a new government is necessary before any moves can be made towards fiscal reforms that the International Monetary Fund said in June are needed immediately to improve debt sustainability.

Hezbollah demands that one of its Sunni allies must be represented in the government to reflect their election gains.

But Prime Minister-designate Saad al-Hariri, who is Lebanon's main Sunni politician and enjoys Western backing, has ruled out allocating any cabinet seats to them.

Nasrallah said rejecting a Sunni ally amounted to exclusion of a section of the Lebanese.

"We were sincere when we spoke of a national unity government. There is no national logic, or moral logic, or legal logic ... for anyone in Lebanon to come out and say 'it is forbidden for the March 8 Sunnis to be represented in the Lebanese government," Nasrallah said.

"If it is forbidden, come let's talk again from the start," he said, adding: "We don't want conflict, or tension, or escalation."

President Michel Aoun vowed earlier on Saturday to find a solution to the problem. Though a political ally of Hezbollah, Aoun has sided with Hariri in the row.

Hezbollah, groups and individuals that support its possession of weapons won more than 70 of the 128 seats in the 6 May parliamentary election, Lebanon’s first in nine years

Hezbollah's gains were marginal, but it was boosted by the poor showing of its main rival, the Future Movement.

Hariri’s Future Movement lost a third of its seats. "We were betting on a better result and a wider bloc with better Christian and Shia representation," he said.

In May, Nasrallah said the election vindicated his party's actions, a reference to its involvement in the war in Syria and its weapons stockpile, which it says is a deterrent against Israeli invasion, and called the result "a very big political, parliamentary and moral victory for the choice of resistance".

Hezbollah is proscribed as a terrorist group by the United States. The group last fought a major conflict with Israel in 2006, and since then it has grown militarily stronger as a major participant in the Syrian war.

On Saturday, Nasrallah said Israel has tried to increase pressure over the group's rocket arsenal and to create "a state of intimidation”.

"I say to Lebanon that it must bear this level of diplomatic pressure," Nasrallah said. "Any attack on Lebanon, any air strikes on Lebanon or bombardment - we will certainly respond," he said 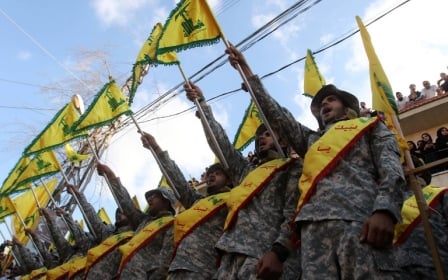 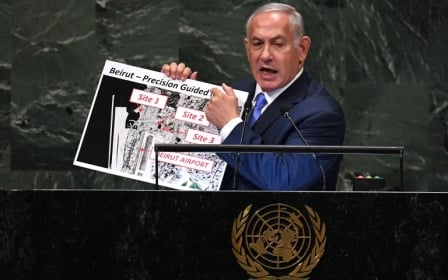