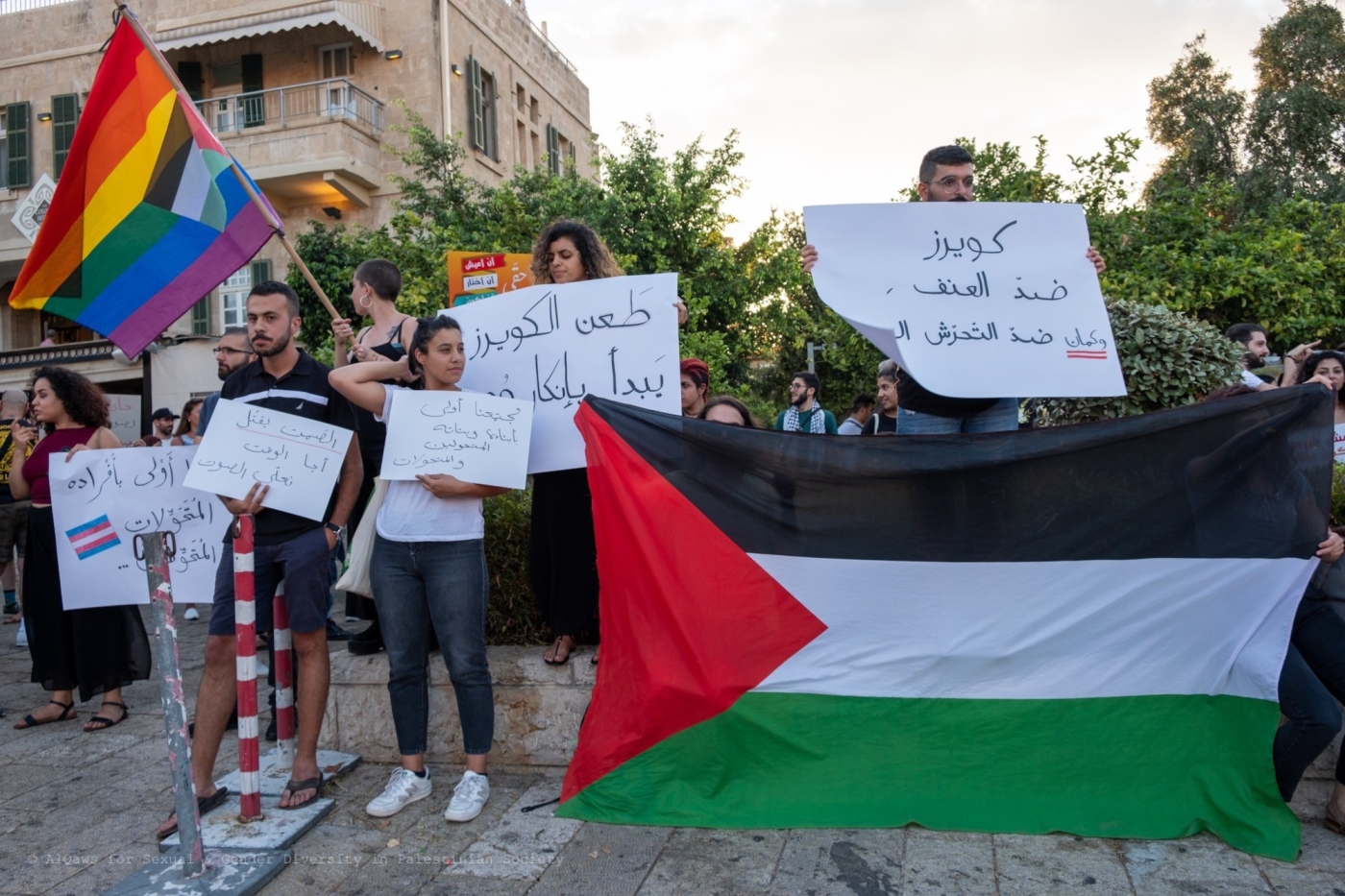 Tahini, the sesame paste ubiquitous in Middle Eastern cooking, has been at the centre of a controversy among Palestinians. The debate, however, has nothing to do with food. Israel, where is your outrage at the legalisation of apartheid?
Read More »

In early July, an Israeli LGBTQ organisation, The Aguda, announced that it had received a sizeable donation to start a helpline for queer Palestinian citizens of Israel.

The donation came from Julia Zaher, the chief executive of a well-known food company, Al-Arz Tahini.

A Palestinian citizen of Israel from Nazareth and a successful entrepreneur, Zaher has publicly donated to various causes over the years, but her association with The Aguda sparked criticism from many Palestinians for many reasons.

Following Zaher's announcement, some had publicly called for a boycott of the firm in protest of its support for LGBTQ issues, with footage circulating on social media showing Palestinian shoppers in Israel throwing Al-Arz containers into the rubbish.

While not advocating a boycott, LGBTQ rights activists have nonetheless criticised Al-Arz for choosing to donate to a Zionist Israeli group instead of existing and well-established Palestinian LGBTQ organisations - like al-Qaws and Aswat - both in Israel and the occupied territories.

Al-Qaws and Aswat instead contacted Zaher requesting that al-Arz withdraw its donation to The Aguda - but say the company declined to do so.

'Why is an Israeli organisation speaking about our sexual rights? I said, 'if so, ask them about pinkwashing', which didn't happen'

“Al-Arz is a profit company. I don't believe they have good intentions to provide support, otherwise they could have supported the Palestinian groups,” Amany Khalifa, a coordinator for Grassroots Jerusalem, told Middle East Eye.

“They have used this issue to promote themselves. They took a big social issue and put the gay community at risk.”

Activists' frustration was further sharpened by a New York Times report on the saga that focused on the homophobic backlash against Al-Arz among a vocal segment of Israel's Palestinian community for whom homosexuality is incompatible with their religious and social values.

Activists accused the New York Times of perpetuating “pinkwashing” by framing the story as a clash between an Israeli LGBTQ organisation and hostile and socially conservative Palestinians that overlooked the complexities of a far deeper struggle for queer rights in Palestine.

Pinkwashing is the popular representation of Israel as an LGBTQ-friendly country that ignores the widely documented human rights abuses and discriminatory policies - including against queer Palestinians – of the occupation and apartheid.

Several activists said they had refused to talk to the newspaper prior to the article's publication.

Ghadir al-Shafie, the director of Aswat - Palestinian Feminist Center for Gender and Sexual Freedoms, told MEE that she declined to be interviewed after the New York Times journalist reportedly "did not show interest in that crucial context, and his story betrayed that omission".

Haneen Maikey, the head of Palestinian LGBTQ organisation al-Qaws, told Middle East Eye that she had initially agreed to be interviewed for the article but had then pulled out on learning that the paper also intended to speak to The Aguda about Palestinian sexual and gender rights.

“Why is an Israeli organisation speaking about our sexual rights?” said Maikey. “I said, 'if so, ask them about pinkwashing', which didn't happen of course.”

In a response on Twitter to a thread posted by al-Qaws, Adam Rasgon, the journalist who wrote the story, said that the New York Times "didn't 'erase' any Palestinian organisation".

"[Maikey] refused to comment unless we promised not to interview any Israeli Jews for the article. Such constraints on the independence of our reporting are unacceptable," he wrote.

Al-Qaws replied: "Inaccurate. We asked to centre Palestinian queer voices as the 'Tahini Wars' issue (very trivialising title by the way) is about queer Palestinians. Interviewing a Zionist organisation about Palestinian queers is not only pinkwashing but a dismissal of power-dynamics in settler colonialism."

Maikey is not blind to the existence of homophobia in Palestinian communities and says that organisations like al-Qaws and Aswat have been confronting the issue in the face of discrimination and violence for years.

She pointed out that al-Qaws had been running its own helpline for queer Palestinians, Al-Khat, since 2010. The helpline had seen an increase in callers after news of Al-Arz's donation to The Aguda broke, she said. 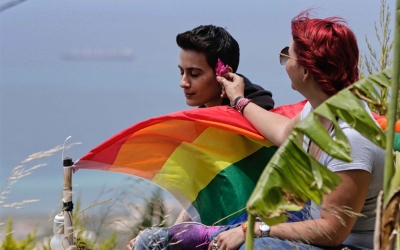 “We are used to this type of violence and this is not the first time it has happened. Every time there is new story there is an extensive argument about sexual rights in Palestine," she said. “It's sad that the people who are oppressing the queers receive a big platform while the queers themselves became invisible.”

In a statement, al-Qaws accused The Aguda of seeking to “erase” the work of Palestinian LGBTQ activists, and of furthering the cause of Zionism.

“[The Aguda's] policies are based, in their essence, on erasing the Palestinian existence and experience, which is the essence of Zionist colonialism in general,” it said.

“And thus the work of al-Qaws, which comes from within Palestinian society, and its support line are erased. Al-Khat has been serving Palestinians for 10 years with the principle of peer support and with an understanding of our context and our experience as a people and a community.”

'The work of al-Qaws, which comes from within Palestinian society, and its support line are erased'

Maikey accused The Aguda of organising a number of initiatives that, she said, remained Israel-centric while failing to acknowledge the realities of queer Palestinians’ lived experiences.

“They have questionable projects, like outreach to queers in the West Bank, trying to convince them that there are many opportunities in Israel,” she explained.

“They don’t acknowledge the limitations in resources, or they convince them to date Israeli gays because it will make things easier.”

'They want to be the saviours'

Concerns about “pinkwashing” are also raised by Shafie. She says a dangerous consequence has been a false perception that Palestinian and LGBTQ rights are incompatible and in opposition to each other - instead, she argues, of seeing these struggles as intersectional and interrelated in the fight against all forms of oppression.

“The danger of pinkwashing, in particular, lies in showing the Palestinian Arab community as a backward and homophobic society, and therefore, through The Aguda, Israel will save the Palestinian homosexual from their own society,” she told MEE.

“The moment we represent ourselves as gay Palestinians and speak about politics, it’s the end of the story,” she added. “They want us to be the victims of our own society, and they want to be the saviours.”

Al-Arz has stood by its donation, despite calls from Palestinian activists for the money to go to a Palestinian LGBTQ organisation instead.

“We in the tahini family love people without any distinction of religion, gender and colour," the company said in a statement.

Others, including members of the Arab Joint List, the main party representing Palestinians in the Israeli parliament, also praised the company for making a public statement in support of LGBTQ rights.

“I spoke today with Julia Zaher, who saw her duty to humanity and society to contribute financially to support victims of homophobia and those in need of emergency support, who are in distress and suffering from threats due to their sexual orientation,” Aida Touma-Sliman, a parliamentarian from the Arab Joint List coalition in Israel’s Knesset, wrote on Facebook on 9 July.

Fellow Joint List member Ayman Odeh also criticised those choosing to boycott a Palestinian-owned business over the issue, only to spend their money with more problematic companies involved in the occupation.

“How hypocritical is it to boycott [Palestinian] tahini, only to keep buying from Israeli companies who proudly supporting [illegal] settlements and the army,” he said.

“The perception among the [Palestinian] public is as if the gay community was all around, badly affecting society,” Jihad Abu Raya, a Palestinian lawyer and activist based in northern Israel, told MEE. “I consider this issue as a personal freedom that we should respect and not treat it as a harmful thing.

“There are oppressive, criminal Israeli organisations that deserve a boycott more than Al-Arz and the attacks it has received on this issue.”

Despite the frustration of being overlooked and ignored by both Al-Arz and its supporters and drawing homophobic abuse for their work, Palestinian activists remain hopeful that they are making progress in raising awareness and breaking taboos about LGBTQ issues in Palestinian society, while conceding that there is still a long way to go. 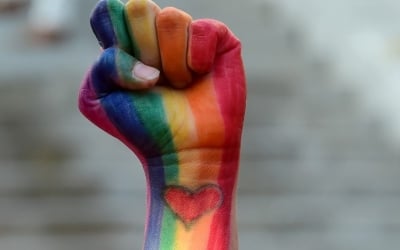 A number of recent cases, including the stabbing of a queer Palestinian teen in 2019, the drowning of Palestinian dancer Ayman Safiah in May and a crackdown by the Palestinian Authority last year have been painful reminders of the continued discrimination faced by LGBTQ Palestinians for both their national and sexual identities.

Activists say that the promotion of Palestinian LGBTQ rights needs to be done in a way that challenges the appropriation and weaponisation of that cause by Israeli organisations whilst also engaging with Palestinians, particularly those who make up about a fifth of the population of Israel.

They note that the cases of Safiah and the teenager led to an unprecedented outpouring of support from Palestinian society, leaving them optimistic that mentalities are changing.

"I am not happy with the divisiveness that this debate is creating, but satisfied with the principled stance people are taking against gender violence," Shafie said. "It means that we are moving from a silent society to a more vocal and responsible society on sexual and gender freedoms, and acceptance of diversity.

“I believe it could lead to real change. It's not about whether we should support or boycott the tahini company. What is more important is how we use this to create awareness about sexual rights and pinkwashing.” 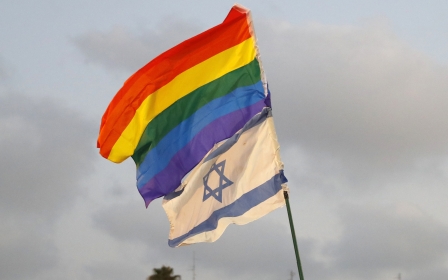