UN envoy warns that chaos in Libya threatens to engulf Sahel countries, must be quickly brought under control 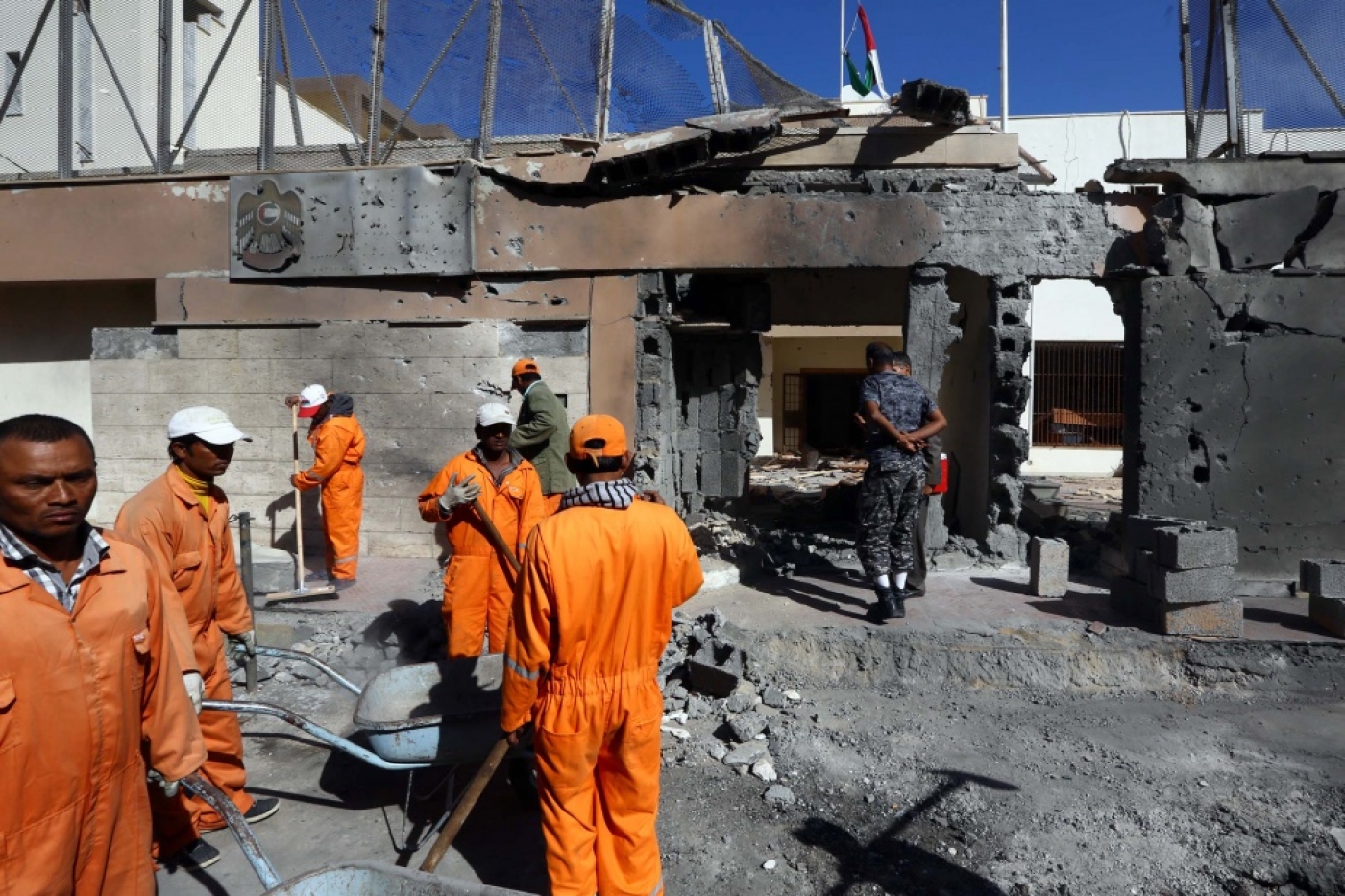 Municipality workers clean up the debris following a car bombing outside the United Arab Emirates embassy building in the capital Tripoli on 13 November, 2014 (AFP)
By
MEE and agencies

The chaos in Libya threatens to engulf Sahel countries and must be quickly brought under control, a UN envoy warned Thursday.

Ethiopian diplomat Hiroute Guebre Sellassie told the Security Council that the humanitarian and security crises in the band of semi-arid land south of the Sahara desert were worsening, pointing to turmoil in Libya as a key factor.

"If the situation in Libya is not quickly brought under control, many states in the region could be destabilized in the near future," said the UN envoy for the Sahel.

Libya has been sliding deeper into crisis, torn by rival governments and parliaments, despite UN efforts to broker talks on ending the violence.

Last month, the Security Council added the Libyan group Ansar al-Sharia to its terror list over its links to Al-Qaeda and for running training camps for Islamic State fighters sent to Syria and Iraq.

Guebre Sellassie said terrorist and criminal networks in Libya were developing closer ties to Mali and northern Nigeria, dealing in arms sales and drug trafficking among other illegal trade.

Close to 20,000 arms have poured into the Sahel from Libya and most of the 18 tonnes of cocaine, worth $1.25 billion, sent to West Africa transits through the region, she said.

"We need to put a lot more effort to resolve the Libyan crisis that is threatening to destabilize the entire region," the envoy told reporters after her meeting with the 15-member council.

"The longer the wait, the greater the chances are that we will have many more Mali-like crises."

Northern Mali was occupied by militant groups in April 2012 before being driven out by French troops nine months later, but the situation remains volatile.

"This has now become a regional concern," she said.

Meanwhile, Libya's Operation Dignity – which is led by former army chief Khalifa Haftar – has laid out eight conditions for participating in the "Ghadames 2" talks called for by the UN Mission in Libya.

In a statement, Operation Dignity said that participants in next week's dialogue must recognize the legitimacy of the recently-elected House of Representatives – which convenes in Tobruk - as the sole representative of the Libyan people.

Among the conditions is the acceptance of an army plan to evacuate militants out of the Libyan cities.

It also called for accepting a parliamentary decision to disband all militias and the transfer of all ports, airports and detention centres to the government.

Last week, the UN Support Mission in Libya announced the date for the second round of talks, which are aimed at resolving the country's ongoing political and security crisis.

The mission, however, refrained from mentioning which parties would be taking part in the talks, saying it would issue a more detailed statement within days.

Libya has been dogged by political instability since the 2011 ouster and death of long-ruling dictator Muammar Gaddafi.

In the more than three years since, rival militias have frequently locked horns, often bringing violence to the country's main cities, including capital Tripoli.