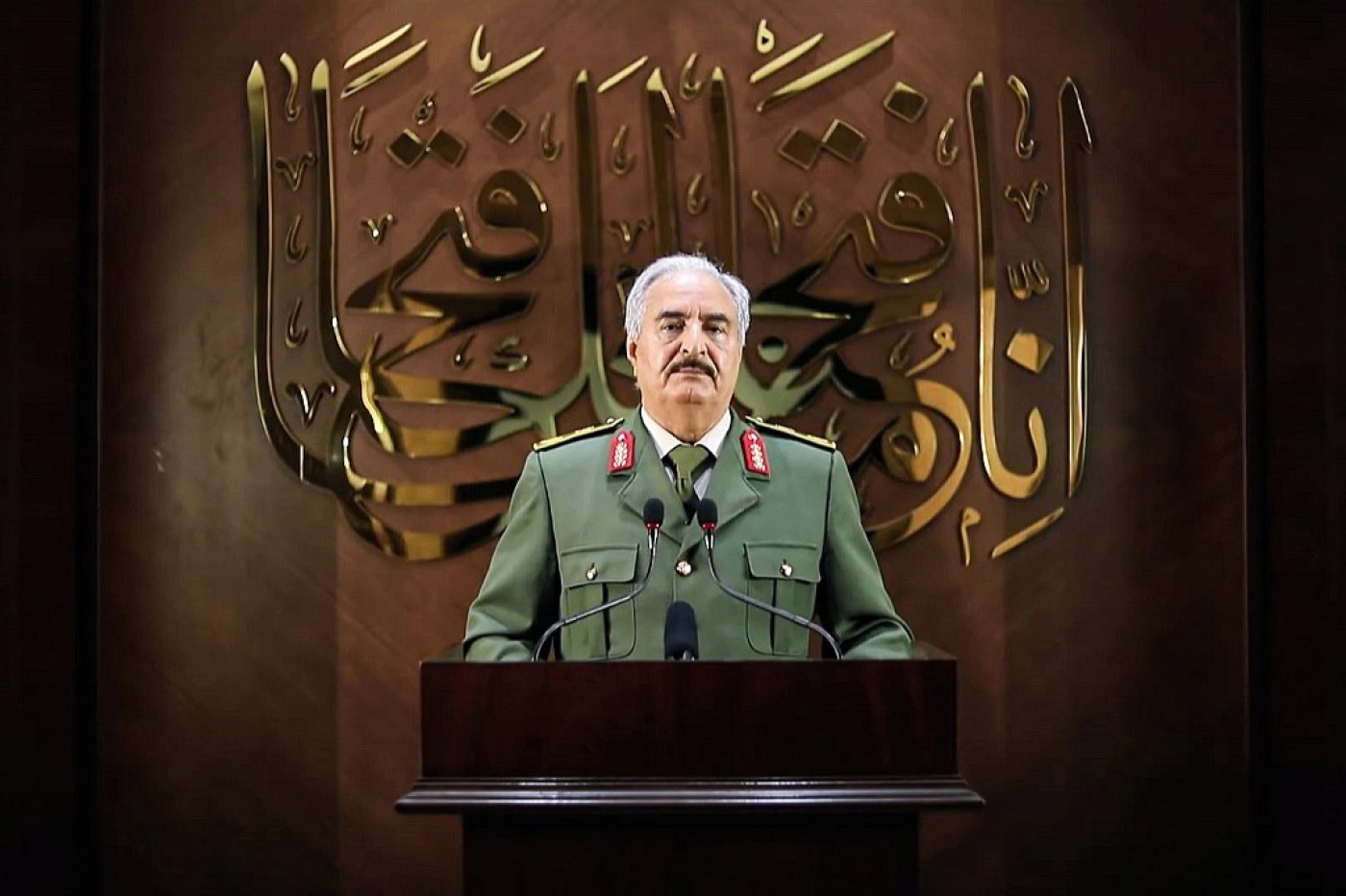 Haftar, who is backed by Russia, Egypt and the United Arab Emirates, has been accused of seeking to establish a military dictatorship in the country (AFP)
By
MEE and agencies

Eastern commander Khalifa Haftar says he will run for president in elections to be held in Libya on 24 December that are also set to be contested by a son of former leader Muammar Gaddafi.

"I declare my candidacy for the presidential election, not because I am chasing power but because I want to lead our people towards glory, progress and prosperity," he said in a speech, broadcast live on Libyan television on Tuesday.

His announcement comes two days after Saif al-Islam Gaddafi, who has been accused of war crimes by the International Criminal Court, announced his candidacy.

Haftar, who is backed by Russia, Egypt and the United Arab Emirates, has been accused of seeking to establish a military dictatorship in the country.

In April 2019, his self-styled Libyan National Army (LNA) launched a year-long offensive on the capital Tripoli under the pretext of rooting out militant groups. Haftar was eventually pushed back after Turkey intervened, with Ankara deploying Syrian fighters, combat drones and military equipment to support the internationally recognised government in Tripoli.

In his speech on Tuesday, Haftar said that the December election was "the only way to pull Libya out of chaos".

On 22 September, he provisionally retired from his role as head of the LNA in line with electoral law to allow him to run for president.

Last week, his forces said 300 mercenaries fighting on his side would leave Libya at the request of France in a "unilateral gesture," expecting nothing in return from the government in Tripoli.

Following his announcement, he is expected to head to the electoral authority to formalise his candidacy.

Earlier this month, Haftar's son Saddam landed in Israel on a private jet amid reports about the possibility of the commander promising an agreement to recognise Israel after the December election.

A report in the Israeli newspaper Haaretz said that Saddam was on the plane, which landed in Ben Gurion Airport in Tel Aviv for 90 minutes before lifting off again.

Though it is unknown who he met while on the ground in Israel, Haftar has in the past reportedly met with members of Israeli intelligence.

Next month's election is seen by the international community as a key step in restoring stability to Libya after a decade of conflict since the overthrow of Gaddafi in a Nato-backed uprising. 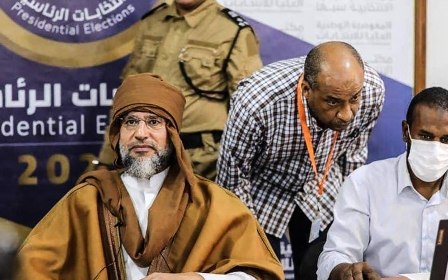 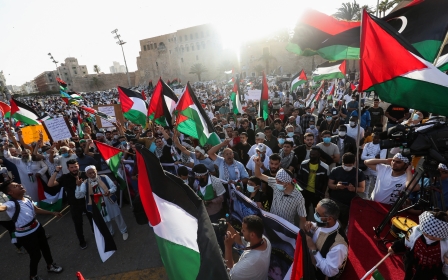