Libya: Haftar plane 'lands in Israel' for a two-hour visit

The private jet landed at Ben Gurion Airport from Cyprus for two hours before jetting off, according to an Israeli report A plane belonging to Libyan commander Khalifa Haftar landed briefly in Tel Aviv on Thursday, according to an Israeli news report.

The private P4-RMA jet landed at Ben Gurion Airport from Cyprus for two hours before jetting off, Israeli public broadcaster Kan reported. It was not specified who was on the plane.

Haftar, who is backed by Russia, Egypt, and the United Arab Emirates, heads the self-styled Libyan National Army in eastern Libya. In April 2019, he launched a year-long offensive against the capital Tripoli before being pushed back eventually by the Turkey-backed Government of National Accord (GNA).

In November, he announced his bid to run for president in the December elections before the vote was postponed.

Though it is unknown who was on the plane and who they met while on the ground in Israel, Haftar has in the past reportedly met with members of Israeli intelligence.

Itay Blumental, a Kan military correspondent, tweeted the route of the plane which was in Cyprus for a "diplomatic stop" before heading to Tel Aviv and then flying back.

The report comes days after Saudi-owned channel Alhadath TV said that Abdul Hamid Dbeibah, the interim Prime Minister of the GNA, met with the chief of Israel’s foreign intelligence agency Mossad in Amman on an unspecified date.

Dbeibah denied that the meeting happened and dismissed the report as a rumour in a statement released by the Libyan government.

"That didn't happen and won't happen in the future, our stance is firm and clear on the Palestinian cause," the statement said.

In November last year, Haftar's son Saddam landed in Israel on a private jet amid reports about the possibility of the commander promising an agreement to recognise Israel after the presidential election.

A report in the Israeli newspaper Haaretz said that Saddam was on the plane, which landed in Ben Gurion Airport in Tel Aviv for 90 minutes before taking off again. 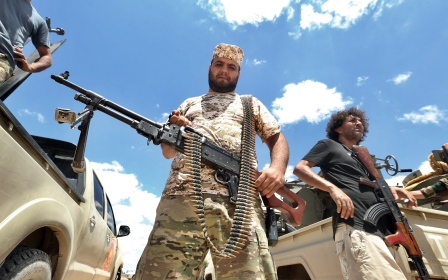 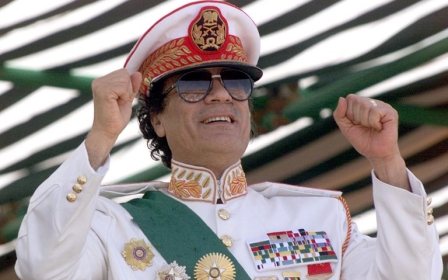