A mooted prisoner swap appears to have fallen through, leaving the family of footballers accused of people smuggling distraught 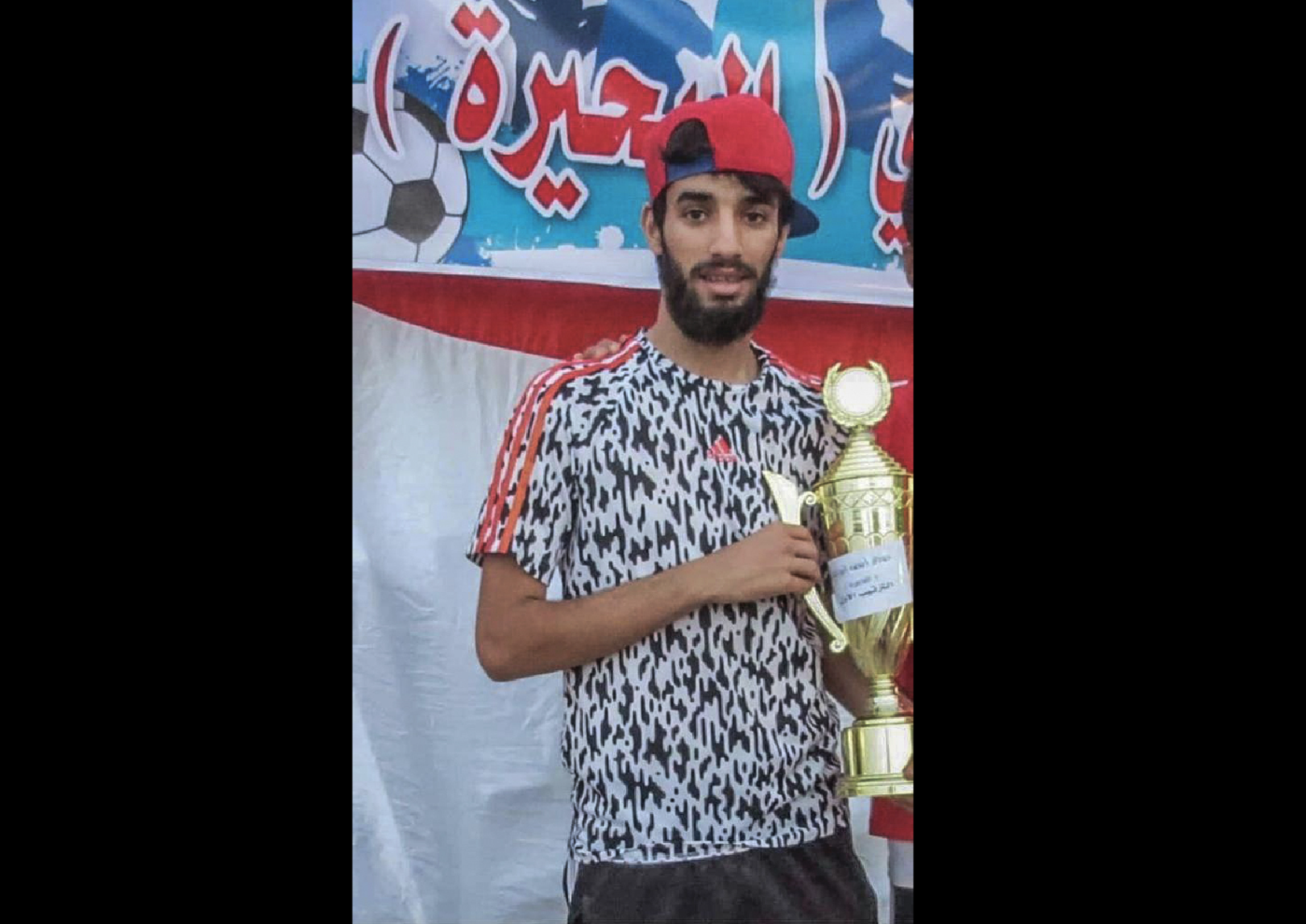 Before making the journey to Italy, Alaa Faraj was a football player with the Al-Ahly Benghazi football team (Supplied)
By
Marta Bellingreri
in
Palermo, Italy

From her home in Benghazi, Khadija proudly shows her son Alaa’s red football shirt, holding it with both hands. Then she stands up, and heads towards his bedroom.

Alongside obvious pride, you can see the sadness in her eyes as she enters the room. She opens up the wardrobe to show some other football shirts and clothes still in their place, as if he never left.

But Alaa did leave, and any hope that he may return appears to be fading. On Thursday, 18 fishermen from Italy were freed by eastern Libyan forces after 100 days in captivity and high-level intervention from authorities in Rome.

Though their release was met by a rapturous reception by the fishermen’s families, the relatives of five Libyan footballers were distraught.

For a while, it appeared as if their fate was linked to the Italian fishermen seized by Khalifa Haftar’s forces in east Libya. However, the fishermen were freed without any assurances over the fate of the Libyans, who insist they were just footballers seeking passage to Europe, rather than criminals trafficking the vulnerable.

“My son Alaa is a footballer,” Khadija told MEE on a WhatsApp video call from the city of Benghazi in northeastern Libya.

“I am school teacher and I raised my sons [by] teaching them honesty. They always walked the right path. I can’t believe my son Alaa has been in prison for the past five years: he’s innocent.”

Khadija shuffles through her son’s various certificates and papers, including a contract with Al-Ahly Benghazi football team. Settling on the sofa, she holds his image in her hands: “When this picture was taken, he was only 18. Now he is 25 and not living the life he deserves.”

Last time they were together was August 2015, before Faraj and his friends left Libya on a wooden boat.

They dreamed of playing in Germany. A week before their departure, a friend of theirs, a fellow footballer, had made his way to the country and the youths were intent on doing the same, according to Sayf al-Islam Faraj, Alaa’s younger brother.

Instead they met disaster on the "the Ferragosto Shipwreck", as their overcrowded vessel sank on the eponymous Italian festival.

Forty-nine people were found dead by the Italian navy, and the corpses and the survivors of the journey were transferred to a Norwegian ship that ferried them to Sicily. Faraj and his friends were accused of being responsible for the migrants’ deaths and they were later sentenced to 30 years in prison.

‘The trial of the big rush’

In 2015, more than a million refugees made their way to Europe.

Faraj and his friends boarded that vessel in Libya with 358 others. The 49 passengers who perished were forced to sit in the cargo hold and had died from asphyxiation.

'The survivors told us they tried to climb up for air: the dead bodies in the hold made the air unbreathable'
- Alessandro Drago, police officer

According to the Italian investigators, the young Libyan men sitting on the bridge of the vessel were responsible for locking these people in the hull and were tasked with ensuring that they stayed in the cargo hold in order to maintain balance on the overcrowded ship.

Previous incidents have suggested that people are usually placed in the cargo hold in Libya before the departure and not during the journey in the sea.

“My client was only a passenger on the boat and not a decision-maker like the real traffickers in Libya,” Faraj’s defence lawyer Cinzia Pecoraro told MEE.

“The accusations are weak. I refer to this trial as ‘the trial of the big rush’. The investigators wanted to conclude it as soon as possible and no real investigation has been done.”

The lawyer told MEE that there was no door on the ship separating the hull from the bridge, just small air vents, and that the passengers couldn’t have reached the cargo hold. Nobody on the boat could have saved the 49 people or even noticed they were dying until Italians rescued them and found the corpses.

“The accusations in Italy are based on the first-hand testimonies from the survivors, and according to some of them my client Alaa Faraj was passing water to some people who died during the journey, so this made the Italian investigative police suppose he was part of the organisation of the journey. But there is no strong evidence of a network behind them,” Pecoraro said. Alessandro Drago, one of the police officers who interviewed the survivors, paints a different picture. He told the BBC the interviews were instead very detailed and they explained how violence unfolded during the trip.

"The survivors told us they tried to climb up for air: the dead bodies in the hold made the air unbreathable,” he said. “And they were beaten violently because the traffickers wanted them to stay below deck."

The Libyans’ defence lawyers are appealing to the Supreme Court, hoping to reopen the case.

They insist that the investigation was so quickly concluded that even the survivors hadn’t the time to recognise the corpses of their family members.

“Can you imagine a 12-metre boat, with almost 400 people on, having a crew? The passengers are crushed one onto another and only one is driving the boat. They all try to survive but this doesn’t mean they are responsible for other passengers’ cruel death,” Pecoraro told MEE.

Back in September, 18 fishermen from the Sicilian city of Mazara del Vallo were detained by Libyan authorities, claiming that the Sicilian vessels were fishing in Libyan territorial waters.

After three months of intensive work by the Italian intelligence service, the fishermen were released. 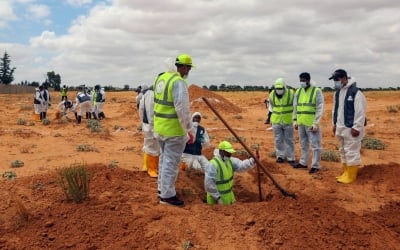 The Italian diplomacy and intelligence solved their issue, but Haftar’s proposed prisoner swap appears to have been ignored.

“Haftar’s proposal had brought hope, but now that the Sicilian fishermen are back to their families, we have lost any hope for our sons,” Khadija told MEE.

“The Sicilian fishermen and our sons and footballers’ cases are not connected,” she said from her Tripoli home.

“We heard that they [the fishermen] were released. We call instead on Italian people and authorities to believe that our sons are good people from good families and to stand with us.”

Her son used to play in al-Nadi al-Madina team in the Libyan capital, and like Khadija, Zohra has kept the trinkets and trophies of his career.

“Last time we talked to Mohammed in prison was last Monday and we usually talk once a week. But I miss him here. I didn’t want him to go to Italy, he was a young man. I know he was looking for better opportunities in Europe, I couldn’t stop him,” she said.

“I only pray he will be free again and justice will prevail.”