UN Special Envoy to Libya Bernardino Leon holds a press conference in Morocco, on 5 March, 2015 (AFP)
By
MEE and agencies

Libya's Tripoli-based government said on Wednesday it welcomed a draft UN agreement aimed at lifting the country out of months of chaos by forming a national unity government.

UN envoy Bernardino Leon's fourth version of a proposed pact between the Fajr Libya alliance and Libya's Tobruk-based government contained "positive proposals that could lead to a political solution", the Tripoli administration said in a statement.

However, it added that "modifications" needed to be made before it would sign a final version of the deal.

The UN has tried for months to broker a compromise between warring factions in Libya, which descended into lawlessness after the NATO-backed uprising that led to the overthrow of veteran autocrat Muammar Gaddafi in 2011.

The oil-rich nation has two rival governments and parliaments, and militants have seized on the chaos to make strategic gains.

The conflict has also prompted a huge rise in the number of migrants trying to make the dangerous Mediterranean crossing to Europe, with hundreds dying in shipwrecks and the EU straining to respond.

Under the proposed deal, both sides would commit to integrating their militias into a reformed military under direct control of a unity government.

But the government exiled in Libya's east voiced its "displeasure" on Tuesday with the text drawn up by Leon, who had hoped to get an interim deal in place in time for the start of the holy Muslim month of Ramadan this week.

The Tobruk-based government has suggested changes to the proposed draft.

"We will express ourselves after carefully examining the proposition," said former prime minister Mahmoud Jibril. 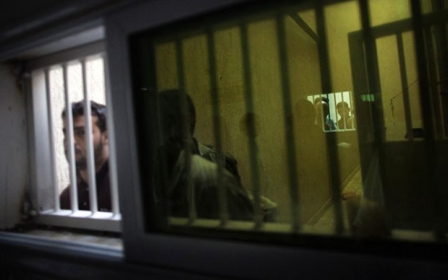