Youngsters splash and dive in a pool that formed after an air strike in Aleppo, Syria (Aleppo Media Centre)
By
Rori Donaghy

Children were shown playing in a water pool in the war-torn Syrian city of Aleppo on Wednesday.

Photos published by the Aleppo Media Centre showed several children playing in a crater, caused by an air strike, that had filled with water from a burst pipe.

The makeshift swimming pool, set amid a scene of carnage in the southern district of Sheikh Saeed, provided some light relief for Syrian children who have suffered from a brutal civil war that has raged for five years.

Translation: Whatever Assad has done in Aleppo, life isn't over - its children make a new life in every site destroyed by his rockets. Sheikh Saeed District #AleppoAMC

Rebel-held parts of Aleppo have been pounded in recent weeks by a combination of Syrian government forces backed by their ally Russia.

Horrifying footage of the impact of war on Aleppo has shown children’s hospitals bombed and families forced to flee their homes for an uncertain future as refugees.

How many babies need to die before we get a #NFZ4Syria? pic.twitter.com/W1Fa6ryBat

The Aleppo Media Centre is one of a handful of local groups cataloguing the disaster unfolding in Syria’s second city.

The media advocacy group recently published footage and images of Syrian toddler Omran Daqneesh – a five-year-old who briefly caught global attention after he was pulled from a bombed-out building covered in blood and dust and looking dazed.

The UN has urged for a ceasefire in Aleppo to allow medical aid into the embattled city, but the government and rebel forces have, so far, failed to agree a deal.

Fighting in Aleppo has significantly increased in recent months after a government siege was broken by rebel groups who set up a new supply line linking neighbourhoods in the city’s south.

An estimated 250,000 people live in Aleppo’s eastern districts, and another 1.2 million live in the western part of the city.

More than 400,000 people have been killed since the Syrian civil war erupted in mid-2011, after President Bashar al-Assad reacted to street protests against his rule with brute force. 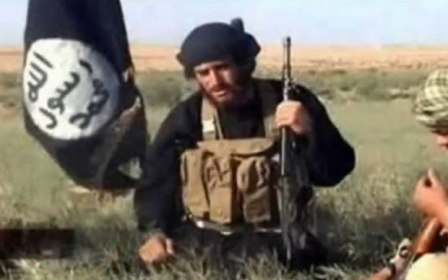