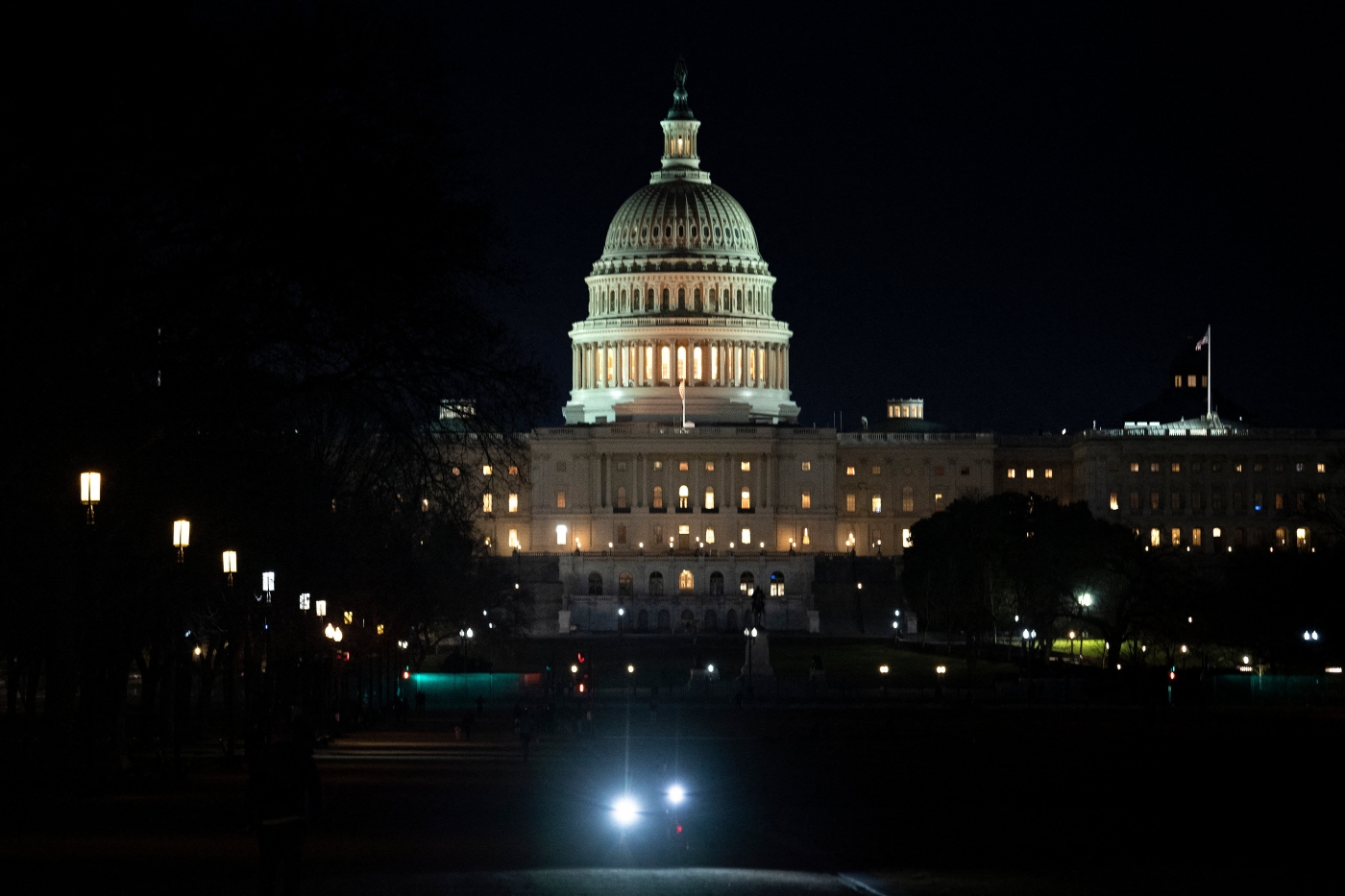 US President Joe Biden's Air Force One has yet to take off for Saudi Arabia, but the influence industry on K-Street already appears to be making moves amid signs that the oil-rich kingdom is coming in from the cold with a White House that once vowed to make it a pariah.

According to US government filings submitted by BGR and reviewed by Middle East Eye, the firm will facilitate "communications with the US media, relevant officials and decision makers, non-government organizations and other individuals within the US".

The deal has raised eyebrows on the DC circuit, in part because BGR was one of three companies along with Harbour Group and Glover Park which dropped Saudi Arabia as a client in the wake of the killing of Washington Post and Middle East Eye columnist Jamal Khashoggi.

"That surprises me, frankly," said Adam Ereli, a former US ambassador to Bahrain turned lobbyist, who founded IberoAmerican Consulting. "I would think that the Saudis would not forgive and forget those who dumped them over Khashoggi."

Asked in a phone interview with MEE about the contract, Jeffrey H Birnbaum, president of BGR's public-relations division, stated: "We are honoured to represent the Muslim World League which we see as a force for good."

Also in May, lobbying firm Qorvis signed a new three-month contract worth $750,000 to provide "public relations services to the Human Rights Commission of the Kingdom of Saudi Arabia (through the Princess Nourah bint Abdulrahman University)," documents show.

Yet, BGR stands out because it was one of the few firms that actually severed ties with the kingdom, or entities linked to it such as the League, around the time of the Khashoggi killing.

Big name lobbyists such as Qorvis, Hogan Lovells, and Brownstein Hyatt Farber Schreck - along with others - all stuck by a client that had ploughed millions of dollars into them with lucrative contracts over the years.

Limited industry fallout from the Khashoggi killing is one reason why consultants tell MEE they don't expect to see Riyadh dishing out any new big-ticket contracts - with many firms carrying on business as usual with the Saudis, there is no backlog of deals waiting for lobbyists returning to the Saudi fold. The benefits of the visit are more likely to be felt by firms looking to manage the reputational risk of having Saudi Arabia as a client.

"The trip totally affects the calculus of lobbyists. Biden going and meeting with MBS draws a line in the sand on the potential for reputional risk," said one well-connected DC-based consultant to a Gulf country on condition of anonymity.

"The thinking will be 'the president has been, [so] Saudi Arabia is OK to have as a client'."

As a presidential candidate, Biden pledged to make Saudi Arabia a pariah and approved the release of a US intelligence report that accused the kingdom's de facto ruler, Crown Prince Mohammed Bin Salman, of ordering the 2018 Khashoggi killing. 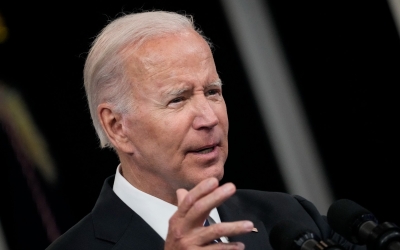 Biden is now expected to meet the crown prince he once eschewed. The policy reversal comes amid soaring oil prices, exacerbated by Russia's invasion of Ukraine, reinforcing the energy-for-security partnership that has been a bedrock of Washington's ties with the Arab world’s only G-20 economy.

Kirsten Fontenrose, head of Gulf affairs at the National Security Council under former President Trump, said Biden’s nod to that historic partnership, and the symbolic act of meeting with MBS, may help the kingdom rebuild ties that had withered on Capitol Hill.

"A lot of doors were closed to the Saudis and their lobbyists in Congress after Khashoggi," she said.

"Biden's visit should make it easier for lobbyists to reach out to movable members of the Democratic party, like centrist Democrats."

Kristian Coates Ulrichsen, a Middle East fellow at Rice University's Baker Institute for Public Policy, said Riyadh's messaging would be clear: "Move the conversation away from human rights to focus on the positive sides of the relationship; energy and investments."

While Saudi Arabia spent a record $39mn lobbying the year of Khashoggi's killing, smaller neighbour Qatar outspent it by three times in the following year. Doha consistently shelled out more than Saudi Arabia from 2018 to 2021, as did the UAE, according to filings disclosed under US federal law.

A mainstay of the UAE and Qatar's influence campaigns have been to lavish funds on US think-tanks. The UAE is a top donor to the Middle East Institute, while Qatar funds CSIS and was recently embroiled in a scandal with the Brookings Institute.

But with much of Washington wary of talking to Riyadh after the Khashoggi killing, Saudi Arabia looked outside the beltway. It worked with little-known PR firms in Wisconsin and Iowa to emphasise its economic ties with the US hinterlands.

"Where the lobby comes in for countries is explaining the value of ties. They serve as a force multiplier of things like business and cultural connections," Ben Freeman, a research fellow at the Quincy Institute for Responsible Statecraft who tracks foreign influence campaigns, told MEE.

Fahad Nazer, the Saudi embassy spokesperson, even appeared on local radio stations discussing topics such as exchange students. In 2019, the kingdom also dispatched a new ambassador to Washington.

Princess Reema bint Bandar al-Saud is recognised in diplomatic circles as an effective messenger for the kingdom, in part due to her willingess to reach out to local state communities and businesses, while sticking to disciplined messaging on mutual Saudi-US interests.

Besides a shift in Saudi Arabia's geographic focus, buried in lobbyists' federal disclosure filings is also a sign of how the kingdom, and its priorities, are changing.

In 2021, Neom, the $500bn futuristic mega-city, spent the third-most of any Saudi entity lobbying, just behind the Public Investment Fund (PIF). Together, they accounted for roughly 20% of Saudi lobbying funds last year - each spent more than the Ministry of Foreign Affairs and Energy, documents show.

Neither the PIF nor Neom registered any spending in 2018 (Neom was only announced as a project in 2017). Both are central to Crown Prince Mohammed Bin Salman's push to diversify the country away from its reliance on petrodollars and transform the economy.

Consultancy firm Teneo represents both entities. According to filings, Teneo's goal is to position the PIF, as "a sophisticated global investment organisation with a solid track record and a targeted investment strategy". For NEOM, the consulting company says it engages in "strategic communication" and "thought leadership".

The stakes are high for the kingdom, which hopes to attract one million residents to NEOM once the city is complete. Saudi Arabia aims to become a global business and tourism hub, attracting Western executives and multinationals to compete with the likes of Dubai.

The new lobbyists, and spending figures, reflect those ambitions, and any easing of reputational risk that comes with Biden's visit might well have more of an impact in corporate boardrooms than in DC's corridors of power.

"The sectors related to Saudi Arabia's rise as a power outside of Washington are areas where the kingdom will look to boost influence after Biden's visit," Ereli said. 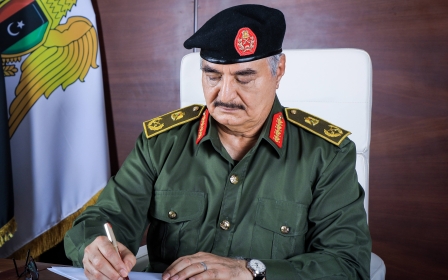 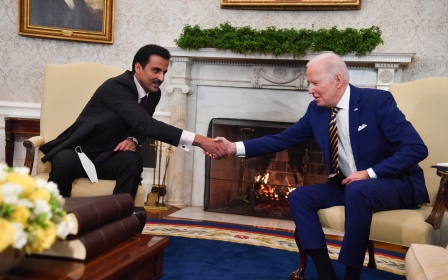