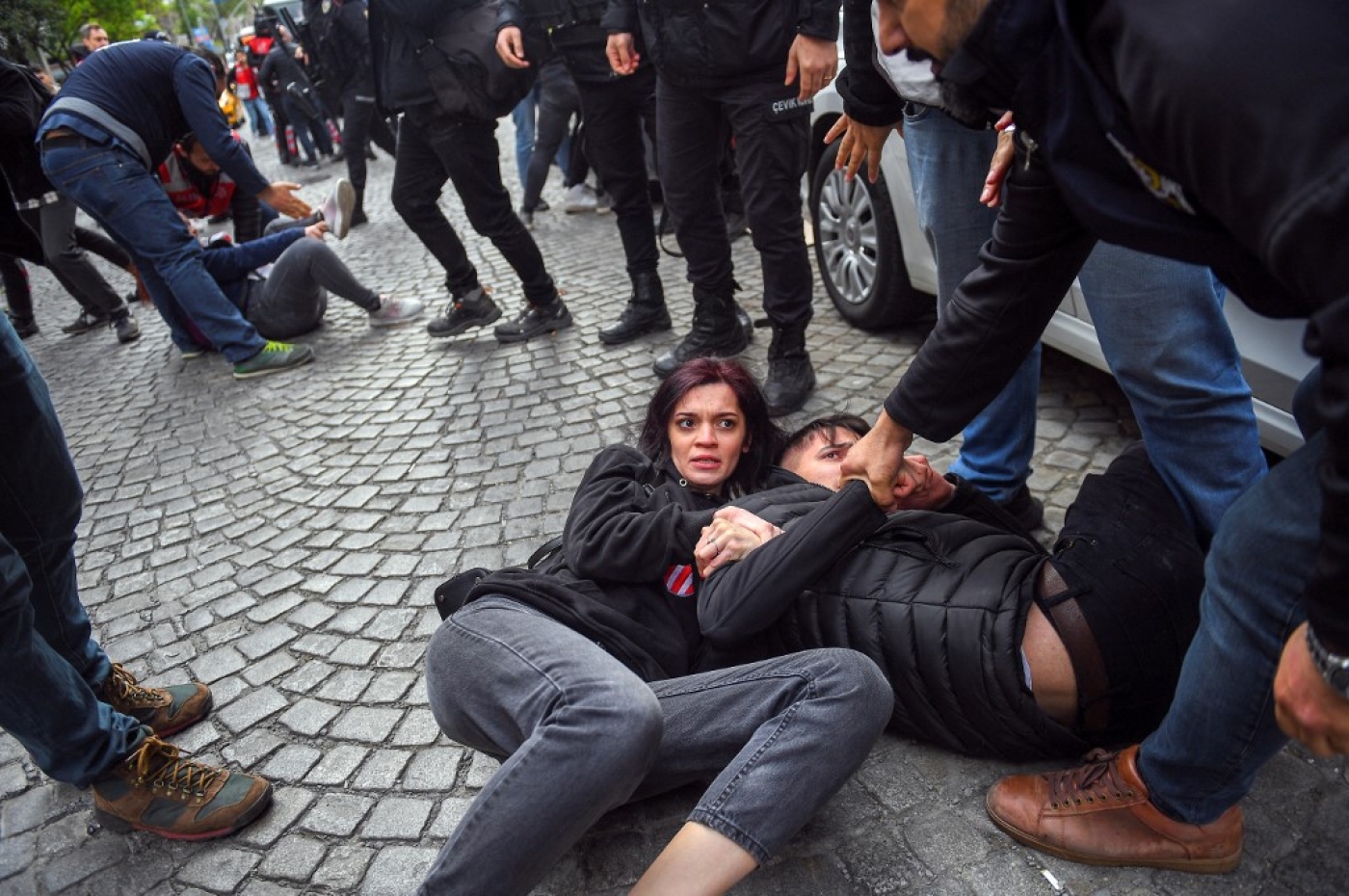 Turkish riot police officers arrest protesters during the annual May Day demonstration marking the international day of the workers near Taksim square in Istanbul, on 1 May (AFP)
By
MEE and agencies

Police and protesters clashed in Turkey and France during May Day rallies on Sunday, as tens of thousands marched across the world in support of workers' rights.

Turkish riot police detained scores of demonstrators in Istanbul, pinning some of them to the ground and dragging them away from the rally, which the governor's office said was unauthorised. 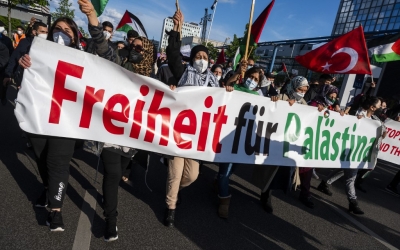 May Day demonstrsations are often suppressed in Turkey.

And rallies in Paris quickly turned violent as youths clashed with police on the sidelines and buildings were vandalised, though unions said more than 200,000 people joined rallies across France and most were peaceful.

May Day, which is marked on 1 May, is a public holiday in many countries and Sunday saw events on every continent.

City officials said the group refused to disperse and 164 were detained, with government-approved rallies elsewhere in Turkey passing off peacefully.

A message to Macron

French ministers denounced the violence in Paris and prosecutors said 50 people had been arrested.

Before the trouble erupted, protesters told AFP they wanted to send a message to Emmanuel Macron days after he was re-elected for a five-year term as president.

Martine Haccoun, a 65-year-old retired doctor, said she came to protest in the southern city of Marseille "to show Macron that we didn't give him a blank cheque for five years". 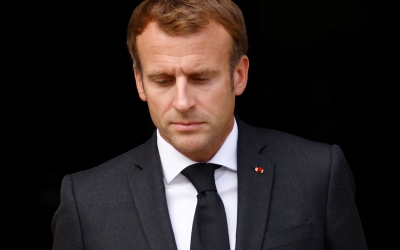 While scuffles were reported in Italian cities including Turin, crowds of thousands gathered in London and cities across Germany with no sign of trouble.

In Spain, around 10,000 people joined a demonstration in Madrid and dozens of other cities also held well-attended rallies.

Labour Minister Yolanda Diaz of the communist party said she wanted to show solidarity "with the workers of Ukraine, who today aren't able to protest".

In the Greek capital Athens, more than 10,000 joined rallies against a background of spiralling inflation.

Prime Minister Kyriakos Mitsotakis took to social media to promise a raise in the minimum wage by 50 euros a month.

"We honour the working people not with slogans, but with acts," he wrote on Twitter.

Kenyan Prime Minister Uhuru Kenyatta similarly used his May Day speech to promise a 12 percent hike in the minimum wage, though activists said it was not enough to keep pace with inflation. 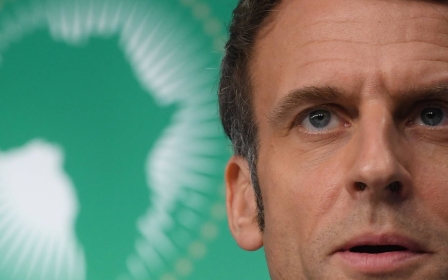 France
After pulling out of Mali, France must rethink its relationship with Africa
Francis Ghilès 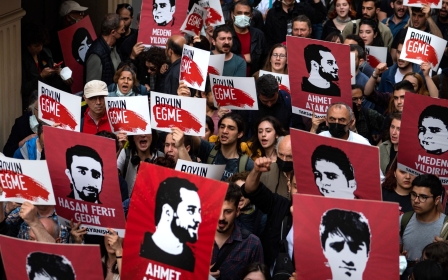 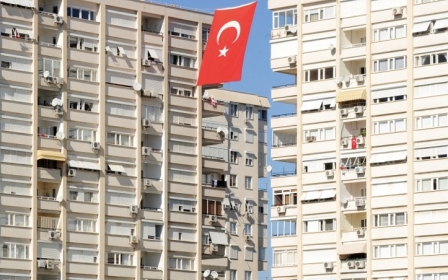 Inside Turkey
'It is impossible to afford': Turkey faces worst property price crisis on record