Damascus and Russian ally have increased air strikes on region held by HTS, despite Russian-Turkish deal intended to protect it 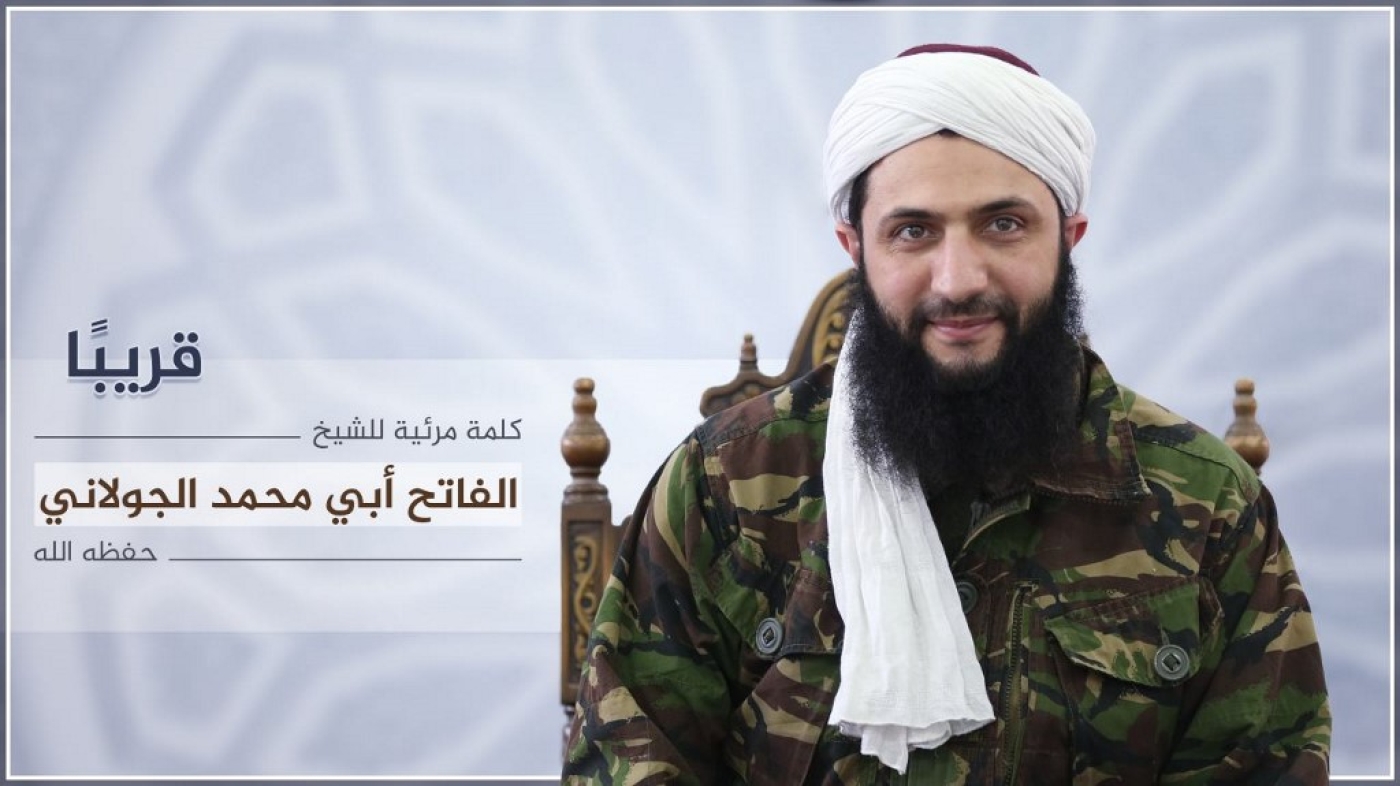 The head of Syria's former Al-Qaeda affiliate said in a video released on Sunday that the group's supporters should "take up weapons" to defend the bastion of Idlib against increased bombing.

The Damascus government and its Russian ally have in recent weeks boosted shelling and air strikes on the northwestern region held by Hayat Tahrir al-Sham (HTS), despite a Russian-Turkish buffer zone deal intended to protect it.

"We call for anybody able to take up weapons... to head to the battlefield," HTS chief Abu Mohammad al-Jolani said, as reported by AFP.

The spike in violence against the Idlib region since late April signalled "the death of all previous agreements and conferences", he said in an interview with a local media activist in a countryside setting.

Dozens of civilians in Syria's Idlib province have been killed in the government's latest assault on the area. pic.twitter.com/C2Da2z1dAU

It shows that "only jihadists and military might can be relied on", said Jolani, wearing a camouflage uniform and sitting cross-legged in the grass.

The activist said the interview was recorded in the northern Hama countryside, although it was not immediately possible to verify this, AFP said.

The video appeared to have been made in recent days after a government advance.

Idlib, a region of about three million people, is supposed to be protected from a massive government assault by a September buffer zone deal signed by Russia and rebel backer Turkey. In a video posted last year on Facebook, Jolani described HTS as the only legitimate defender of Sunni Muslims in Syria, and added that Turkey was not a reliable ally against the Syrian government.

The Russia-Turkey accord was never fully implemented after the militants refused to withdraw from the planned buffer area.

Damascus and its allies have increased their deadly bombardment of the southern part of the militant bastion in recent weeks, killing dozens of civilians and causing tens of thousands more to flee.

They have taken several towns from the militants in recent days.

Jolani told Al Masdar News that HTS had lost the villages as a result of the Syrian army attack and a lack of support from the local population.

The video and photos of Jolani come just days after HTS lost control of the town of Kafr Nabudah, north of the province, to Syrian armed forces, Al Arabiya said.

The increase in air strikes and shelling displaced 180,000 people between 29 April and 9 May, the United Nations said.

The World Food Program said the fighting forced it to suspend aid distribution to more than 47,000 people, Al Arabiya reported. The Syrian Observatory for Human Rights, a Britain-based monitor, says about 120 civilians have been killed in the bombardment.

Damascus has not announced a wide offensive, but instead regularly announces targeting "terrorist" - meaning militant or rebel - positions.

Analysts believe the offensive will be limited.

The government and Russia have accused the militants of targeting the main Russian airbase of Hmeimim to the west of Idlib.

"It's the right of the revolutionaries to bombard this base which causes the death of... women and children," Jolani said in Sunday's video.

"If the Russian leadership wants the bombardment on Hmeimim to stop, it simply needs to stop supporting the regime and killing the Syrian people and civilians," he added.

Russia intervened in the war in 2015, and has since helped the government regain large parts of the country.

The civil war in Syria has killed more than 370,000 people and displaced millions since it started with the brutal repression of anti-government protests in 2011. 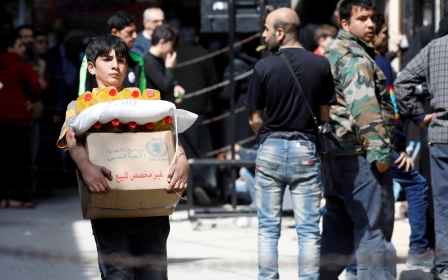 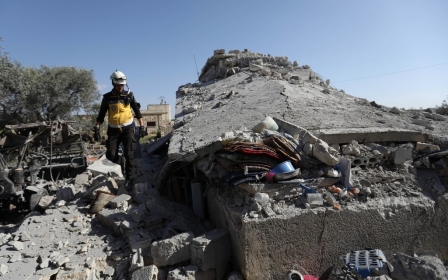 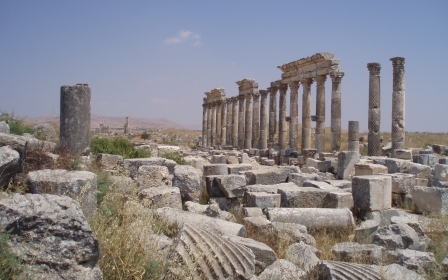