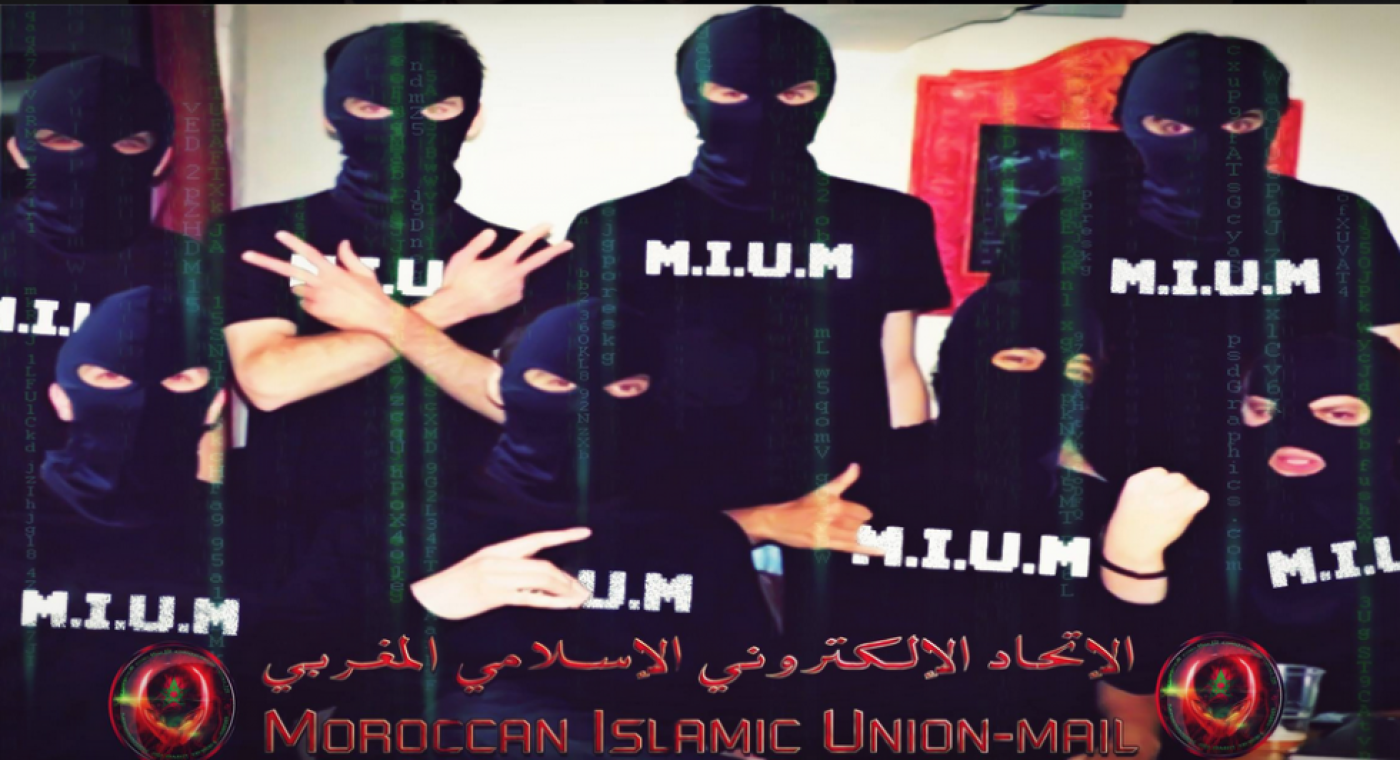 A group of anonymous Moroccan hackers have taken over a Ministry of Health website in Saudi Arabia, replacing the homepage with a message denouncing the country’s designation of the Muslim Brotherhood as a terrorist organisation.

The Moroccan Islamic Union-mail hacked the Ministry of Health’s non-communicable disease website on Thursday evening leaving a message explaining “this is a response to the Saudi Ministry of Interior decision to classify the Muslim Brotherhood as a terrorist group”. The hackers added that the al-Saud rulers of Saudi Arabia, “see everything Islamic as terrorism and whoever seeks the way of resistance is called a terrorist”.

Saudi authorities strongly oppose the Muslim Brotherhood and banned the organisation in March. They also, along with the United Arab Emirates and Bahrain, recently withdrew their ambassadors from Qatar over its support for the Brotherhood in Egypt and elsewhere.

The Moroccan hacking group was founded in 2012 to “defend Islam and fight injustice all over the world by defacing websites”, according to a member who spoke anonymously to MEE. The group has previously have taken down government websites in Italy, South Africa and Zambia but now appears focused on a specific political aim: “We plan to target any country who ban or have banned the Muslim Brotherhood”.

Online 'hacktivism' has increased since popular protests swept across the Arab world in 2011, most notably with the Syrian Electronic Army which grabbed international attention by hacking the Twitter accounts of CNN, Reuters, the BBC and Skype.

Helmi Noman, a senior researcher at Citizen Lab, a cyber research centre at the University of Toronto told MEE that “since 2011 political rhetoric has flooded coding forums, with the same people who used to hack for fun, now attributing political reasons to their actions”.

The Moroccan Islamic Union-mail has a popular Facebook page, which Noman said is common for these groups because, “they use social media to publicise their activities, claim responsibility for attacks and recruit followers”.

Sometimes these groups take credit for the hacks, but a lack of digital evidence means that linking specific incidents to these informal organisations is difficult if they don't come forward. However, Citizen Lab research has shown the “attacks replicate real-world political struggles through the influence of political activists on computer coders in online forums,” Noman said.

The on-going crackdown against the Muslim Brotherhood and its supporters may prove a catalyst for more attacks as many analysts believe the group retains strong support across the region.

“The Brotherhood has deep grassroots sympathies across the Muslim world, even among communities who do not formally identify with them but who believe it is possible to combine Islam with political reform without autocratic monarchy,” Christopher Davidson, a reader in Middle East Politics at Durham University told MEE.

Investigations into the Health Ministry hack by Citizen Lab, following MEE requests for more information, have revealed the website is hosted in the US. This means Saudi authorities will have to contact the host company there to fix the problem, helping to explain why on Friday afternoon the hackers’ message was still visible.