The business tycoon and former agriculture minister considered close to the palace has been asked to form Morocco’s new government, a controversial move stoking enthusiasm and concern 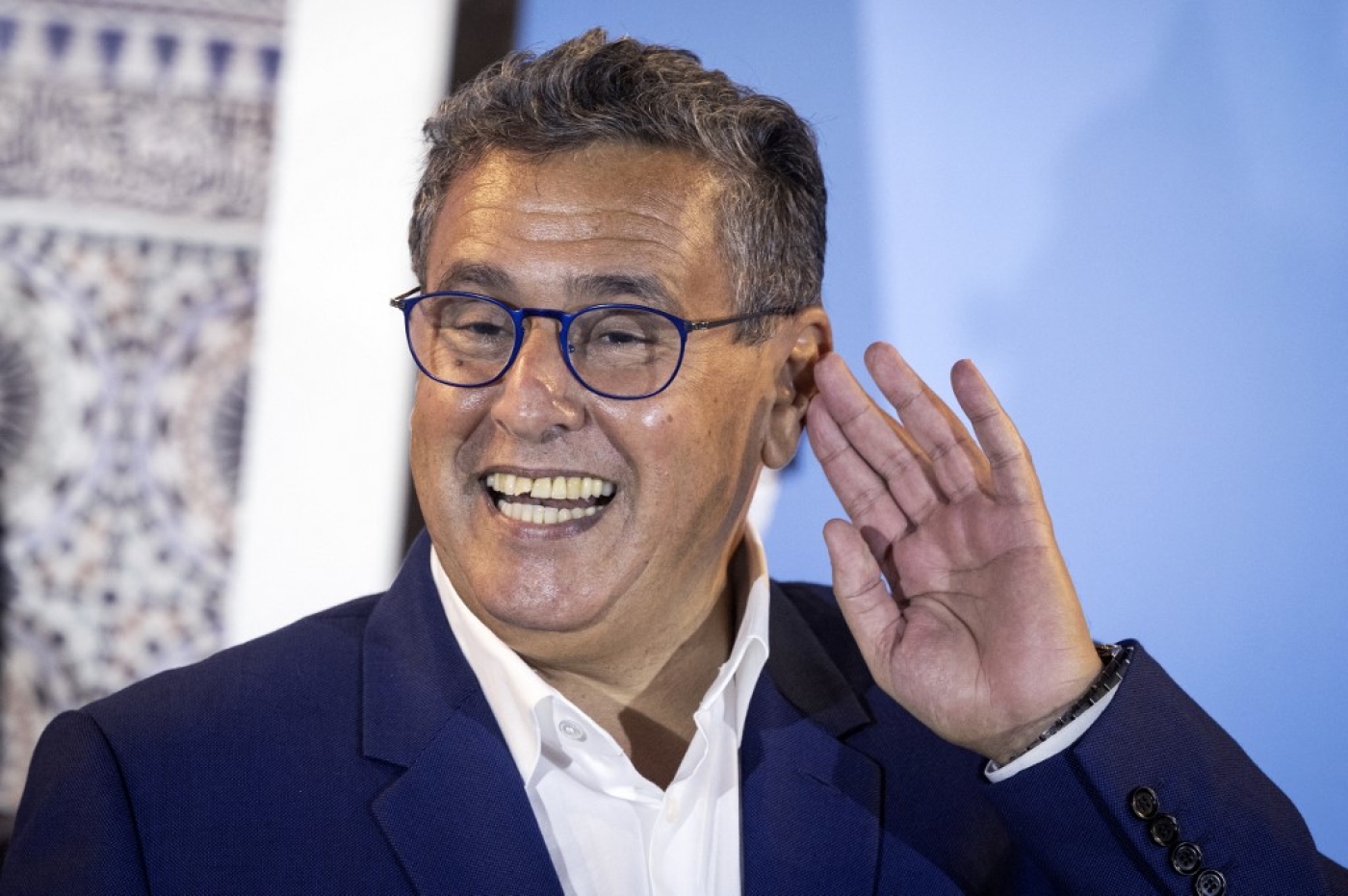 To his friends and supporters, the recently appointed head of government is oueld en-nass, meaning he is decent and hard-working – he was “raised well”.

To his detractors, he is a “featherweight”, a “thin-skinned politician with a lacklustre record” who was “parachuted into the job”.

In short, the new interim prime minister of Morocco, Aziz Akhannouch, is a controversial figure, a man so divisive that many predicted the end of his political career in 2018, when Morocco’s leading petrol distributor, Afriquia, owned by Akhannouch’s holding company, was targeted by an unprecedented consumer boycott.

The movement at the time was seen as a rejection of Akhannouch, as well as his position as head of the centrist National Rally of Independents (RNI) party and one of the richest men in the kingdom. But on 8 September, his detractors were proved wrong - the RNI came in first in the country’s parliamentary elections and Akhannouch was appointed head of the government.

“Si Aziz”, as he is called by some as a sign of respect, can boast of an unprecedented victory for the party, which was founded in 1978 by King Hassan II’s brother-in-law, Ahmed Osman.

The RNI won 102 of the parliament’s 395 seats, trouncing the Islamist Justice and Development Party (PJD), which came in eighth with a mere 13 seats, compared to 125 in 2011.

So, on 10 September, Mohammed VI tasked Akhannouch to form a new government.

A technocrat and palace insider

“Everybody knows he’s a technocrat in disguise. The business world is his natural habitat. Nobody expected him to be elected president of the party in 2016, for that matter,” a former RNI official told MEE.

Akhannouch was born in 1961 in Tafraoute, a town near Agadir in the Anti-Atlas. The year before an earthquake had struck the southwestern city killing ten members of his family, including two older brothers who were eight and nine at the time.

“My mother and sister were trapped in the rubble for hours. A year later, I was born,” he was quoted as saying in 2019 at a party youth rally, one of the rare occasions the extremely reserved party leader has spoken about his family in public.

When his father, Ahmed Oulhadj Akhannouch - who sided with the Moroccan nationalists during the kingdom’s fight for independence - died in 1995, he inherited a thriving business.

Today it is a major holding company with nearly 70 companies in the energy, gas, real estate, tourism, telecoms and press sectors, and an annual turnover of nearly 2.8 billion euros ($3.3bn).

He and his wife, Salwa el-Idrissi Akhannouch, the owner of the Aksal group and the Morocco Mall in Casablanca, one of Africa’s largest shopping centres, continue to grow the company today, with the help of shareholder Ali Wakrim.

The October 2016 vote, which brought the businessman and minister of agriculture – an appointment he had held since 2007 – to the head of the RNI, came as quite a surprise. He took over the position of former minister of foreign affairs, Salaheddine Mezouar.

'Everybody knows he’s a technocrat in disguise. The business world is his natural habitat'

The election created quite a stir. In 2012, Akhannouch had resigned from the party to retain his position as minister of agriculture and fisheries, claiming, in response to the outcry that followed, that “his affiliation was simply on standby”.

“His claims about putting his affiliation on standby didn’t fool anyone... In October 2016, the Authenticity and Modernity Party [PAM, centre left] had failed to prevent the Party of Justice and Development [PJD] from heading a second Islamist government…” MEE's source inside the RNI said, implying Akhannouch had accepted the ministerial appointment to counter the rise of the Islamists.

The newly elected president of the RNI, which had captured a mere 37 seats in the 2016 legislative elections, immediately entered negotiations with the former PJD secretary general, Abdelilah Benkirane, who had been reappointed head of government and tasked by the monarch with forming a new coalition. During the rounds of negotiations that followed, Akhannouch was intractable. In a direct challenge to the PJD’s minority parliamentary bloc, the RNI led by Akhannouch formed a coalition with three other parties and demanded the four-party bloc be part of Benkirane’s government.

The showdown led to a five-month stalemate and ultimately to Mohammed VI’s ousting of Benkirane in March 2017.

His successor, Saad Dine El Otmani, knew he didn’t stand a chance against the powerful RNI boss. He bowed to Akhannouch’s demands in under two weeks and the four-party bloc entered the government – much to the displeasure of the Islamists.

“By imposing three other parties, the PJD’s influence on government policy was greatly weakened. There is no way to effectively govern a coalition of six parties [PJD, PPS, RNI, MP, UC and USFP] that have nothing in common,” one former minister remarked.

In 2017, during his second term as minister of agriculture and fisheries, Akhannouch set about transforming the RNI, starting with its image as “the party of the regime”.

He surrounded himself with a team of Moroccan and foreign dignitaries, including the British consultant Richard Bailey who worked for the Libyan prime minister’s office in 2013 and 2014, before joining the Ministry of Trade and Tourism in Kenya and, later, the Joint Monitoring and Evaluation Commission (JMEC) in South Sudan.

Akhannouch also created a party-affiliated youth movement, women’s and student wings, and hired a team of young people with no ostensible ties to the party to handle social media criticism and shape his image as a leader in touch with the people. At the same time, he travelled to more than 100 towns and cities.

Money was no obstacle for the RNI president, who spent hand over fist to successfully turn the party into the well-oiled electoral machine that propelled him to the head of government.

The business tycoon president of the RNI is a textbook example of the union of money and politics – a marriage, at times, in grave need of counselling.

According to AFP, PAM secretary-general Abdellatif Ouahbi accused Akhannouch’s party of “flooding the political scene with money”. Similar charges of illegal campaign spending were levelled by the PJD without naming the supposed culprits.

“The seriousness of the accusations against the party don’t just damage its image with the people, they tarnish the image of the nation’s institutions and, even worse, the dignity of Morocco’s citizens,” the RNI responded in a statement published on 3 September.

His political rivals accused Akhannouch of exploiting poverty for electoral purposes by providing food baskets to citizens during the month of Ramadan through his charity organisation, the Joud Foundation.

Similarly, his relations with the press have not been consistently cloud-free.

At the head of one of Morocco’s largest print media groups, Caracteres, which owns numerous outlets, including several women’s magazines, a French-language daily and the famous weekly, La Vie Economique (acquired from Jean-Louis Servan Schreiber in the late 1990s), as well as the Parisian newspaper, Le Courrier de l’Atlas, under the ownership of Akwa Group, the press baron has little patience with critics.

In an October 2015 column, Bouachrine wrote that Akhannouch and the RNI-affiliated Economy and Finance Minister Mohamed Boussaid had tricked then-Prime Minister Abdelilah Benkirane into transferring the financial authority over a government fund from the prime minister to the agricultural and fisheries minister.

In 2018, a court convicted Bouachrine of criminal defamation in a lawsuit filed by the two government ministers and ordered him to pay a fine of 1.4 million dirhams (130,000 euros); Akhannouch and Boussaid had sued for 10 million dirhams in damages (nearly 950,000 euros).

“If a minister feels he is the victim of libel, naturally the matter can be taken to court, as no one is above the law. But to sue a newspaper for 10 million dirhams in damages is tantamount to strangling it,” a press owner told MEE.

The new head of government and successor of Saad Dine El Otmani has been a palace insider since the 1990s and has forged close ties with Mohammed VI and his advisor, Fouad Ali El Himma. Akhannouch is therefore hardly likely to cause the monarch much grief.

In the 1990s, he was close to Driss Basri, Hassan II’s long-serving interior minister and right-hand man. “It’s a bit of a grey area, that his opponents say he took advantage of to grow his group,” a business executive was quoted as saying in 2016 in an article in Le Monde, co-written by journalist Youssef Ait Akdim, today an adviser to Akhannouch.

With the accession of Mohammed VI, however, the former interior minister fell from favour and became a liability to Akhannouch, who “worked hard to regain favour. His ties to Fouad el-Himma were particularly helpful, and today he is very much back in the good books,” the same source added.

So much so, he can boast of being one of the very few politicians to have entertained Mohammed VI at his luxury villa in Casablanca on at least two occasions, first for iftar, or the breaking of the fast, during Ramadan in 2013, and again in June 2016, four months prior to Akhannouch’s election to the head of the RNI.

In a condolence letter to Akhannouch following the death of his mother in 2008, the Moroccan monarch described him as a “true and faithful” patriot.

“Your late parents devoted their lives to teaching you the virtues of morality, ethics, hard work and commitment, to be a true and faithful patriot. They instilled these noble values in you, cemented by a sense of unwavering commitment to the nation’s sacred institutions and an unfailing allegiance to the glorious Alouite throne,” states the letter read by an advisor to Mohammed VI.

“As a worthy successor of a pioneering corporate citizen, you contribute with selflessness, perseverance and skill to the building of the national economy, ready, as always, to serve the best interests of the nation,” the king is quoted as saying in Aujourd’hui le Maroc, a daily paper owned by the new head of government.

Now all Aziz Akhannouch has to do is build a governing coalition capable of commanding a parliamentary majority.

“We are ready to work closely, and with complete confidence, with all parties sharing our vision and principles, in order to rise to the challenges facing our nation, under the clear-sighted leadership of His Majesty the King,” the new head of government was quoted as saying on 9 September. 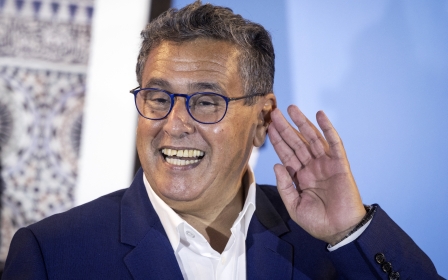 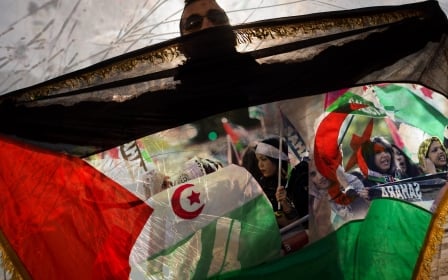