France has significantly reduced visas issued to Moroccans citing 'migrant issues,' disrupting the norm for many dual nationals and their relatives 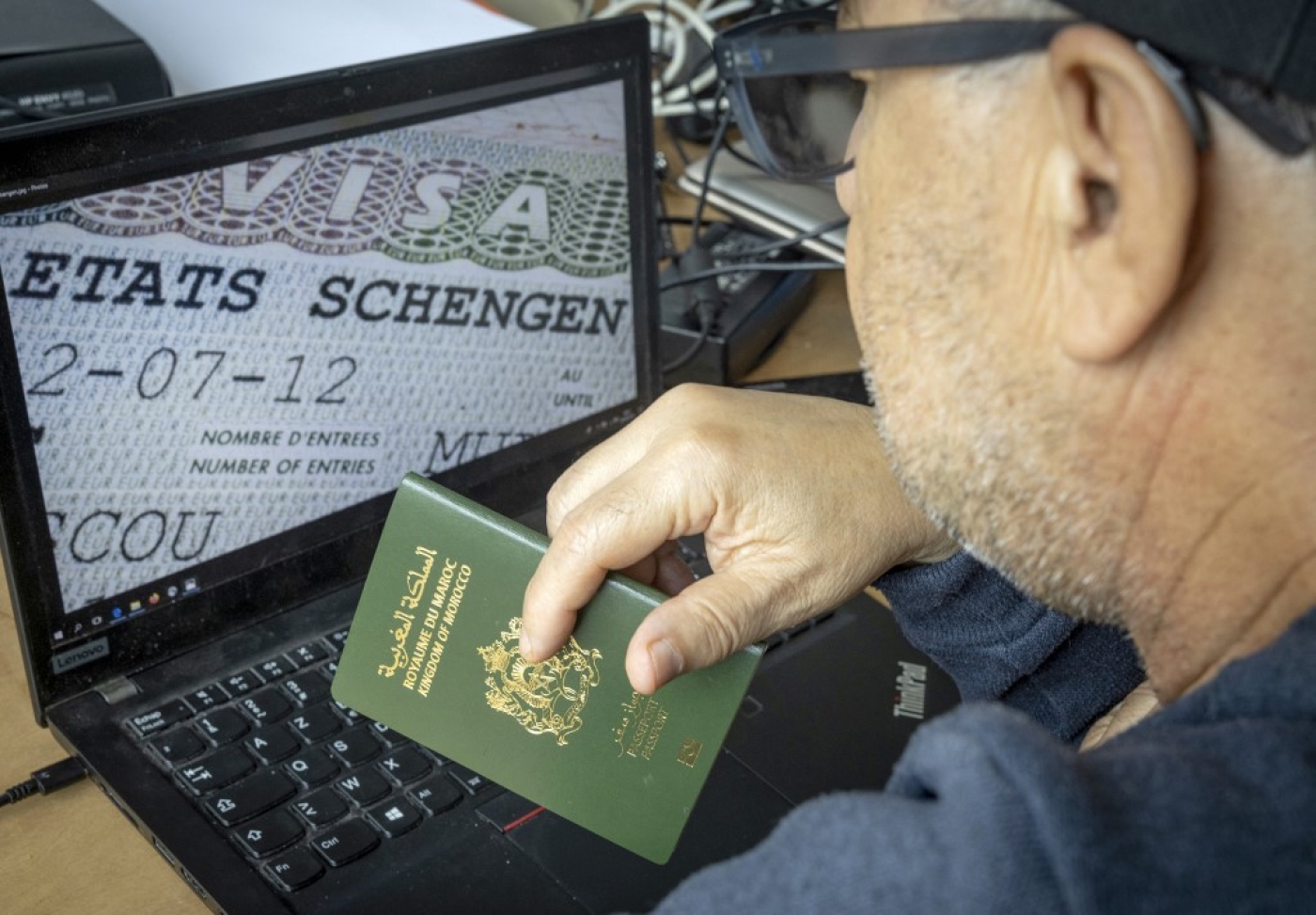 A Moroccan man holds his passport in front of his computer displaying a Schengen visa in the capital Rabat on 28 September 2021 (AFP)
By
Rachid Bouanani
in
Casablanca, Morocco

For years, France has been a holiday destination for Hajar, a 32-year-old Moroccan who works for an international consulting firm.

In April she submitted an application for a Schengen visa to TLS Contact in Casablanca, a subcontractor of the French consulate in Morocco, as she normally did in preparation for her trip to France.

To her surprise, her visa request was rejected, which had never happened before.

"Even though my file was complete, my application was refused," Hajar told Middle East Eye.

'With this policy, France is shooting itself in the foot, because all the ties it has taken decades to forge with the Moroccan population will gradually be severed'

- Hajar, a Moroccan whose visa application was refused by France

"I am a manager on a permanent contract and all my previous stays in the Schengen area have gone well, so what risk do I represent for France? It's incomprehensible."

Hajar is not alone in her ordeal. Since last year, it's become normal for France to reject visa applications from Moroccans, according to numerous testimonies obtained by MEE.

"My mother, who had visited me in France several times in the past, had two [visa] refusals this year.

"France, my country, deprives me of seeing my mother," said Salma, who planned to take legal action against this refusal.

As for Hind, she took her frustration to social media, asking the French government for an explanation for refusing visas for her family members.

In June, Hind recounted on Twitter the experience of her father, who failed to obtain a visa to attend his other daughter's graduation ceremony at EM Lyon Business School, despite a solid application accompanied by an invitation from the school.

"How can you explain the visa refusal to my father and my brother, who were invited to my sister's graduation ceremony, by the fact that the reason for the trip is not reliable: false!

"Her only parent, who is still alive, will miss her ceremony," she wrote, directly challenging the French ambassador to Rabat, Helene Le Gal.

Hind also said the visa application procedure had become too complex and costly, as each application could cost around 5,500 dirhams ($535).

"It is unworthy! It is contrary to your values of equality and fraternity," she stated.

Following Hind's appeal, the French embassy agreed to re-examine the applications for her father and brother, who were eventually issued their visas.

It was in September 2021 when the French government decided to tighten the visa requirements for applicants from Morocco, Algeria and Tunisia.

For Morocco and Algeria, the number of visas issued was reduced by half, and for Tunisia, by 30 percent, with 2020 as the reference year.

The reason: the failure of these three countries to take sufficient action to bring back their nationals living illegally in France.

"Our objective is obviously not to weaken the strong economic and cultural exchanges with these countries. This is why our consulates will strive to preserve priority categories (students, businessmen, recipients of talent passports, skilled workers, etc)," a source from the French Interior Ministry told the Moroccan magazine TelQuel at the time.

"We will mainly target the ruling circles, who are primarily responsible for this situation."

- French source at the Casablanca consulate

Except that, in fact, the ruling circles are far from being the most targeted by the restrictions.

"In the majority of cases, the political leaders do not need visas," said a Moroccan official, on condition of anonymity, referring to the famous "service passports" reserved for diplomats and their families.

Instead, the new rule has resulted in "systematic" visa refusal for businesspeople, journalists, parents of expatriates or dual nationals, and even tourists.

Statistics seen by MEE show the impact of the restrictions: French consulates in Morocco issued only 69,408 visas in 2021 compared to 342,262 in 2019, according to a report by the Directorate General for Foreigners in France (DGEF).

The Covid-hit year of 2020 was an exception. Although international travel was restricted due to the coronavirus pandemic, Morocco was still the number one beneficiary of French visas, with 98,000 issued, overtaking the numbers issued to visitors from China and Russia, who were typically big spenders and much welcomed by France.

"The consulates turn off the tap as soon as they see that they have reached the 50 percent quota set by the government," said a French source at the Casablanca consulate.

"The rest of the applications are systematically rejected. Sometimes, when no reason can justify the refusal, the file is simply postponed," the same source told MEE.

'Snub this France that humiliates you'

Turned away by France, more and more Moroccans are now applying for their visas via other Schengen countries, in particular Spain, which has not aligned itself with the measures taken by the French authorities against the three Maghreb countries.

"With this policy, France is shooting itself in the foot, because all the ties it has taken decades to forge with the Moroccan population will gradually be severed," said Hajar, who in the end opted for a holiday in Spain.

The term "humiliation" often comes up in testimonies. Indignant at many refusals of visas, the academic and writer Mokhtar Chaoui calls on Moroccans to "snub this France which humiliates [them]". 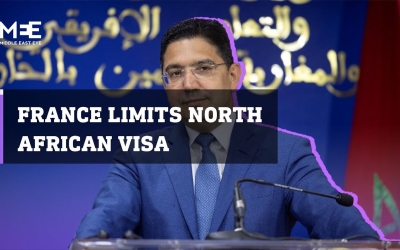 "France remains sovereign with regard to the granting of visas. It is fully entitled to refuse this one and accept that one. What I don't understand is the attitude of Moroccans who are whining because mama France didn't want them," wrote Chaoui, a teacher-researcher at the University of Tetouan.

"Go spend your holidays elsewhere. The world is big and other countries are more welcoming and cheaper," he suggested.

The same sentiment has been echoed on the Moroccan news site Quid.ma.

"There are many Moroccans who used to seek treatment in France and who can no longer get a visa to go see their doctors in France. By not taking into account their distress, France adds to the provocation and wicked humiliation of this deliberately inhuman [policy].

"Is France in the process of removing the word 'fraternity' from the pediments of its public buildings?"

According to several sources, no progress has been made so far in the negotiations between France and Morocco to lift the visa restrictions.

Morocco described France's decision as "unjustified," and said it was "carefully" dealing with the migrant issues.

"France's decision is sovereign, but the reasons justifying it require precision and debate because they do not reflect the reality of consular cooperation between the two countries in the fight against illegal immigration," Moroccan Foreign Minister Nasser Bourita said in September. 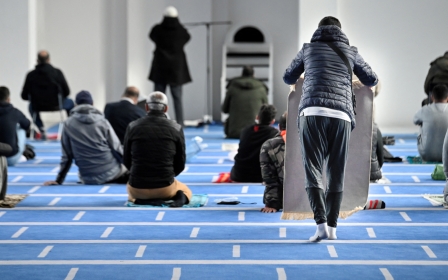 Islamophobia
'I love France, but I left': The Muslims who decide to emigrate 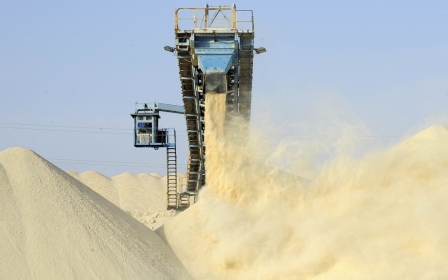