Mosul zoo was once a thriving attraction with a menagerie of animals. Now it is a shell, and its surviving animals are starving 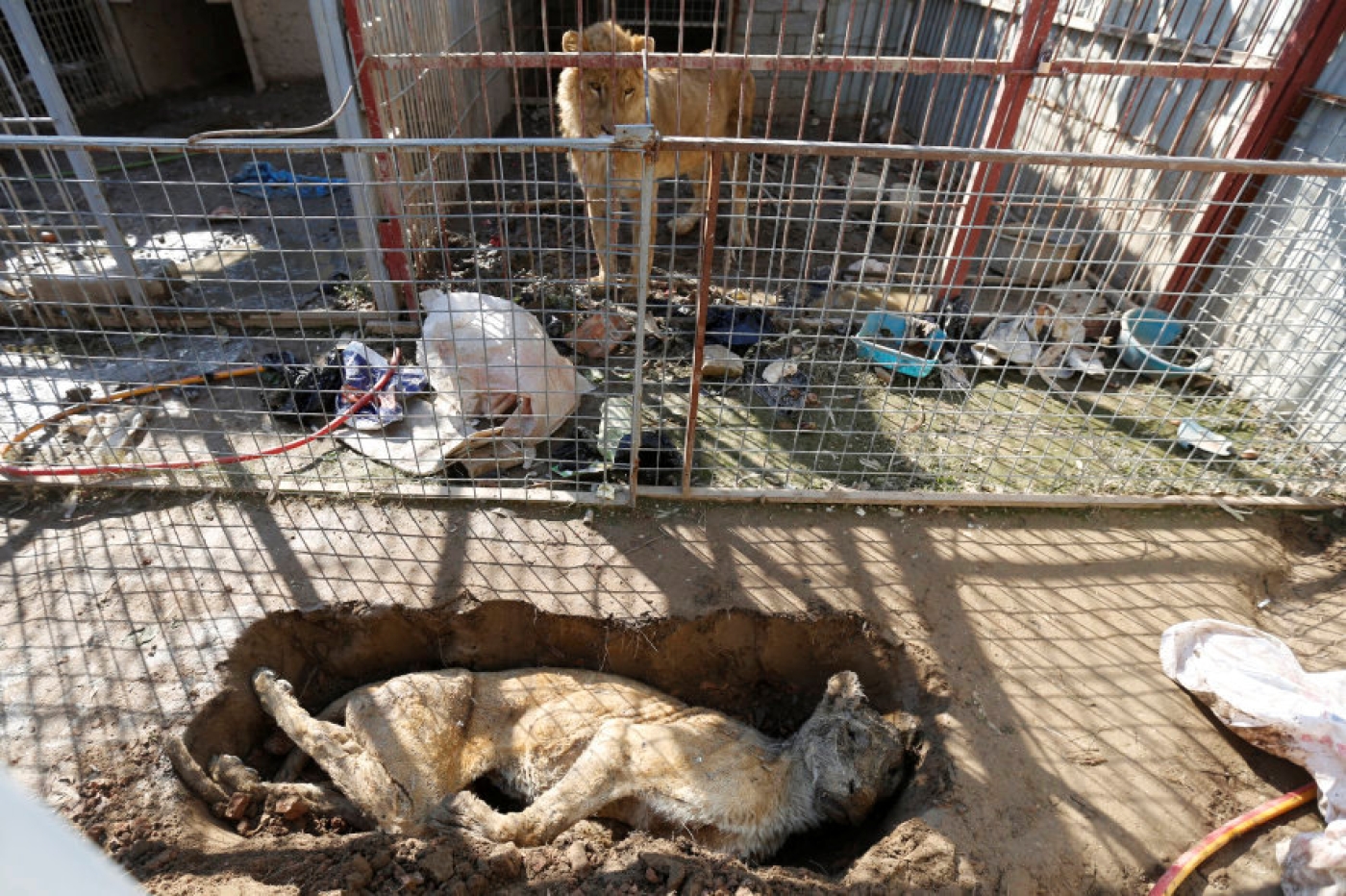 The last lion of Mosul, and its mother buried in a shallow grave next to the cage (Reuters)
By
Tom Westcott

MOSUL, Iraq - The last lion of Mosul paces a tiny, filthy cage in what remains of the city's zoo after Islamic State fighters seized it as a military position, turning it into a target for Iraqi and coalition air strikes.

The starving animal sniffs the air as a local butcher drags a freshly slaughtered lamb and sheep into the small zoo.

Local children gather to watch an extraordinary feeding ritual conducted by volunteers, most of whom have little experience caring for wild animals.

The butcher throws the lamb on top of the cage and the lion stretches its full length to grab the body in its jaws, yanking it roughly down into the enclosure. It devours the animal in minutes.

The butcher tosses the heavier ewe on the ground in front of the cage and the lion's paws slide in the mud as it struggles to tug the sheep through the narrow bars.

This lion and one bear are the last remaining animals in Mosul zoo, a once-popular attraction which had five bears, three lions, a baboon, a family of monkeys, and a range of small exotic mammals and tropical birds.

The lion's mother died recently, and was buried in a shallow grave next to the animals' cage.

For three months, the zoo was on the front lines of Iraq's battle against IS, during which time most of its animals were killed by shrapnel, died of starvation or escaped.

As fighting raged across eastern Mosul, Islamic State fighters took control of the Mumtaz al-Nour Park, which houses the zoo, using it to target the Iraqi army with mortar fire.

For almost three months, park staff were unable to enter the premises and one animal keeper who attempted to check on the animals was so badly beaten by IS fighters that he fled the city.

"We used to clean the enclosures each day and a vet visited every week but, when the war started, we couldn't reach them, first because of Daesh and then because we were scared of the fighting, and every day there were bombs, mortars and drones."

When fighting subsided in the district, the park manger and a few remaining staff found the zoo had been struck by a mortar bomb, killing a baboon and tearing open cages, which helped tropical birds and the monkeys escape. A colony of rabbits managed to burrow their way to freedom.

Many animals, including another lion, had died of starvation and others were eaten by hungry predators in adjacent cages. A pair of bears survived by eating their own three cubs.

"During the war, the monkeys escaped and came to my house. They visited lots of our houses looking for food," said local resident Laith, 32.

"I fed them and we were able to catch them in a net. The father monkey had been hit in the leg with shrapnel from a mortar but it wasn't badly wounded."

He proudly showed a video of him feeding the tame monkeys by hand. They seemed unperturbed by the sound of heavy gunfire in the background.

Laith returned the monkeys to the zoo but, within days, they were taken away by a former animal handler, along with a miniature Spanish pony. He left behind only the fiercest animals, which were then two lions and two bears.

With the park littered with unexploded munitions and a chest freezer packed with unused IS mortar bombs, only a handful of staff checked on the animals, bringing what little food they could.

No longer a priority

But months of siege-like conditions in the area had left local people struggling to feed their own families let alone wild animals, and the zoo's occupants were not a priority. Neglected and desperate, the lions tore off two of one bear's paws through the bars, killing it.

This small and desperate meal proved insufficient for the lion's mother, who died of starvation on Thursday and was buried in a shallow grave just two metres from its cage, which still houses her son.

The loss of two of the zoo's few remaining animals prompted locals to take action and start trying to properly feed them, with hunks or frozen meat, leftovers from the butchers and eventually whole sheep.

Children now visit to throw apples to the bear which often catches them deftly between its jaws. Others hang over the fence reaching their tiny hands grasping crisps and lettuce leaves dangerously close to the animal.

"Every few days we come here. Before, no one came but now lots of people are worried about the animals," said one visitor.

"The bear is a very sad case because it used to be twice this size. And it's awful that it had to eat its own cubs because it was starving to death."

This is the second time the beleaguered animals of Mosul Zoo have been caught up in the conflict against IS.

A more expansive city zoo used to nestle in a leafy riverside stretch nicknamed the "Mosul Jungle", but was hit by a coalition air strike targeting IS targets in 2015, killing and maiming some of the creatures. The remaining animals were then relocated to an enclosure in a corner of the Mumtaz al-Nour Park.

"This was such a lovely park before and we had so many visitors," said park manager Abu Umar, who said the attraction was allowed to function under IS, although it had to be closed during prayer times.

"I invested 250 million Iraqi dinars in this park and now look, in just a few months it has been completely ruined and recently people have been breaking in and stealing things," he said, leading a sad tour from the tragic zoo around a playground, where children still play near unexploded ordinance and cavernous pits caused by air strikes.

"There were only four Deash here in the end. They brought tyres and petrol to set fire to, so the smoke would conceal them from air strikes but all the men in the area came out and stopped them," he said.

"We were terrified if they did that, the air strikes would be worse and all our families would be killed."

He said coalition air strikes killed two IS fighters but the other two escaped, adding that it was ironic that it was Americans who had built the park in 2004 and then, 13 years later, were responsible for destroying it.

"But we also urgently need someone to help us deal with all these unexploded missiles because children still play in the park. We would welcome any help here." 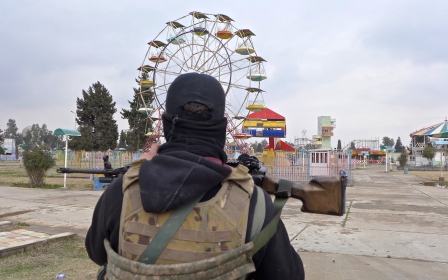 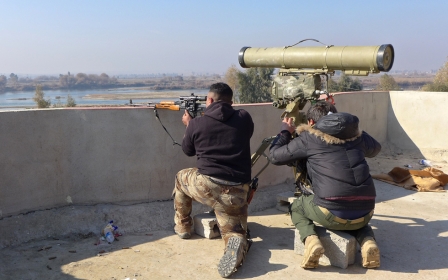 Iraq at War
Dead in the water: IS launches doomed raids across Mosul river