A policewomen lays flowers in remembrance of PC Keith Palmer killed in the Westminster attacks (AFP)
By
Charles B. Anthony

A Muslim-led initiative to raise money for the families of the victims of Wednesday's Islamic State (IS)-claimed attack in London has raised over £22,000 ($17,000) 24 hours since going live.

The fund was launched on Wednesday night by Muddassar Ahmed, a businessman who was trapped in a Westminster building during the incident.

A statement on the fundraising page titled Muslims United for London reads: “The British Muslim community stands with the community during these difficult times and extends their support in raising funds to help with the immediate, short-term needs of the families of Keith Palmer, the other victims and the families of the victims."

Palmer, a police officer, was fatally stabbed by an assailant at the Palace of Westminster, while two other people died after being run over by the attacker as he drove a car onto the pavement on Westminster Bridge.

"While no amount of money will bring back lives lost or take away from the pain the victims and their families are going through, we hope to lessen their burden in some way,” the statement said.

Ahmed, a businessman who was attending a meeting at Portcullis House, an office building opposite parliament that is used by MPs and their staff, told Middle East Eye that he had watched the incident unfold and been trapped for four to five hours as police and emergency services responded to the incident.

“I felt frightened, terrorised and upset, and couldn’t imagine what the victims and their families were feeling,” he said.

The fund was also backed by two members of parliament, Naz Shah and Yasmin Qureshi, who both represent the opposition Labour party.

"It is fantastic that two members of parliament have given support to the campaign,” said Ahmed.

Qureshi said she had been voting in the House of Commons at the time of the attacks and was also trapped with other MPs as parliament was suspended.

“Looking after people is very much part of Islamic philosophy, to help your fellow citizens,” she told MEE.

She said the fund was "the right thing to do".

"Although it won’t bring anyone back, or heal the physical and mental injures, it will hopefully help those affected."

Shah told MEE that she was honoured to have been asked to support the initiative. "In times like this we ask ourselves as human beings, how can we respond emotionally to something. Out of pain, people came together to do something… As British people we stand together."

Mohammed Marikar, an associate director at the Royal Bank of Canada, also helped Ahmed set up the campaign. He said he, Ahmed and Qureshi had come up with the plan over dinner on Wednesday night.

Marikar said that the fund would help to pay the medical bills of foreign nationals injured in the attack.

"And Keith Palmer leaves behind a wife and child. We knew we had to do something to help. We went home and worked until the early hours to get it up online.”

Muslims United for London stated that “100 percent of funds collected through this campaign will go to the victims and the families of the victims most affected by the tragic events".

Ahmed told MEE that Muslims United for London would contact the police to discuss how best to spend the money and said some would likely be donated to a Metropolitan Police fund.

A fundraising effort launched by the Metropolitan Police Federation has already raised more than £547,000 ($438,000), for Palmer's family. 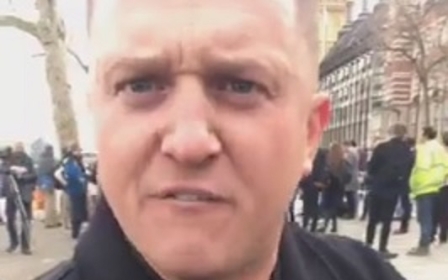 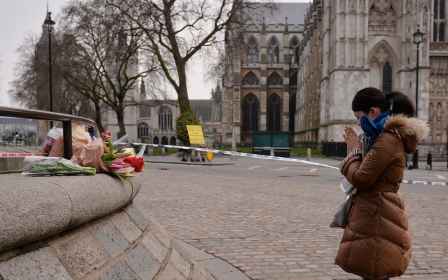