Pilgrims converged from dawn on the Mount Arafat plain and the hill known as Jabal al-Rahma, or Mount of Mercy Saudi Arabia says it has deployed more than 100,000 security personnel to keep pilgrims safe (AFP)
By
MEE and agencies

Around two million Muslims gathered on Thursday on Saudi Arabia's Mount Arafat for the highlight of the Hajj pilgrimage, one of the world's largest annual gatherings.

With temperatures pushing 40 degrees Celsius (104 Fahrenheit) under the desert sun, the pilgrims climbed the hill east of Mecca where Muslims believe the Prophet Mohammed gave his last sermon some 14 centuries ago.

The second day of the Hajj - a five-day pilgrimage which all Muslims must perform at least once in their lifetime if physically and financially able - is dedicated to prayer and reflection.

"I came up here last night and prayed, took pictures and called my family and friends," said Maolana Yahia, 32, who made the trip from Indonesia.

This year's Hajj has seen the return of pilgrims from Iran, despite a diplomatic row between Riyadh and Tehran following a deadly stampede in 2015.

#Hajj can be a cure for the grave maladies that the Islamic Ummah is suffering from. #Hajj4Unity pic.twitter.com/3tT59xxGO7

But thousands who would normally make the journey from neighbouring Qatar are largely absent apart because of the diplomatic crisis in the Gulf.

Helicopters flew around the area as the pilgrims converged from dawn on the Mount Arafat plain and the hill known as Jabal al-Rahma, or Mount of Mercy.

The pilgrims then ascended the hill and took up positions to pray on rocks already heated by the morning sun.

On the concrete pathways linking the plain to the hill, hundreds of thousands of devout Muslims invoked God, as others rested in makeshift tents or on sheets along the side of the road.

Tunisian mother-of-three Fatima Arfawi said she was moved beyond words. "This is the first time I see anything like this, ever," she said. "This day is dedicated to prayer for my three children and my family."

In a hospital opposite the mountain, an area was set aside for people suffering dehydration or heat exhaustion.

"Some pilgrims, for example, forget to protect their heads with an umbrella when they pray," said Bandar Al-Harthi, a nurse at a hospital facing Mount Arafat.

In the evening, the pilgrims will travel to Muzdalifa where they will spend the night before taking part in a symbolic stoning of the devil.

The Jamarat Bridge, where the ritual is held, was the scene of a stampede in 2015 that claimed the lives of nearly 2,300 pilgrims - the worst disaster in the history of the hajj. Tehran reported the largest number of stampede victims, with 464 Iranians among the dead.

The next year, amid heightened political tension between Saudi Arabia and Iran, Iranian pilgrims stayed away from the hajj after authorities from the two countries failed to agree on arrangements and logistics.

Iranian authorities say more than 86,000 Iranian pilgrims are taking part this year, each equipped with an identity bracelet in case of any accident.

Reza, a 63-year-old former oil company official from Iran, said he was torn between the joy of taking part and lingering grief over the stampede. "They've taken more security measures otherwise we would not have come," he said.

At the foot of Mount Arafat, mobile barriers have been installed to control the movement of the crowds.

"They will be moved to enlarge the passages when there are more pilgrims," said Ahmed al-Baraka of the Saudi security forces.

Seated near the barriers at Mount Arafat, eight young women from Ghana who are all related took a brief respite after making their way from Mina, east of Mecca.

Aged between 18 and 30, for some of them, it was their first time away from home.

"This is the first time I leave Ghana," said 25-year-old Khadija. "My husband let me come alone because it is Mecca." 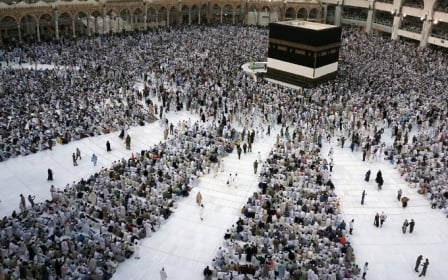 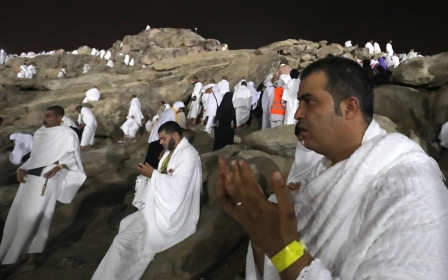 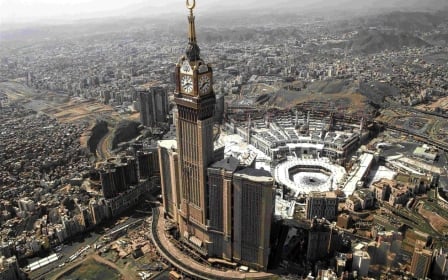