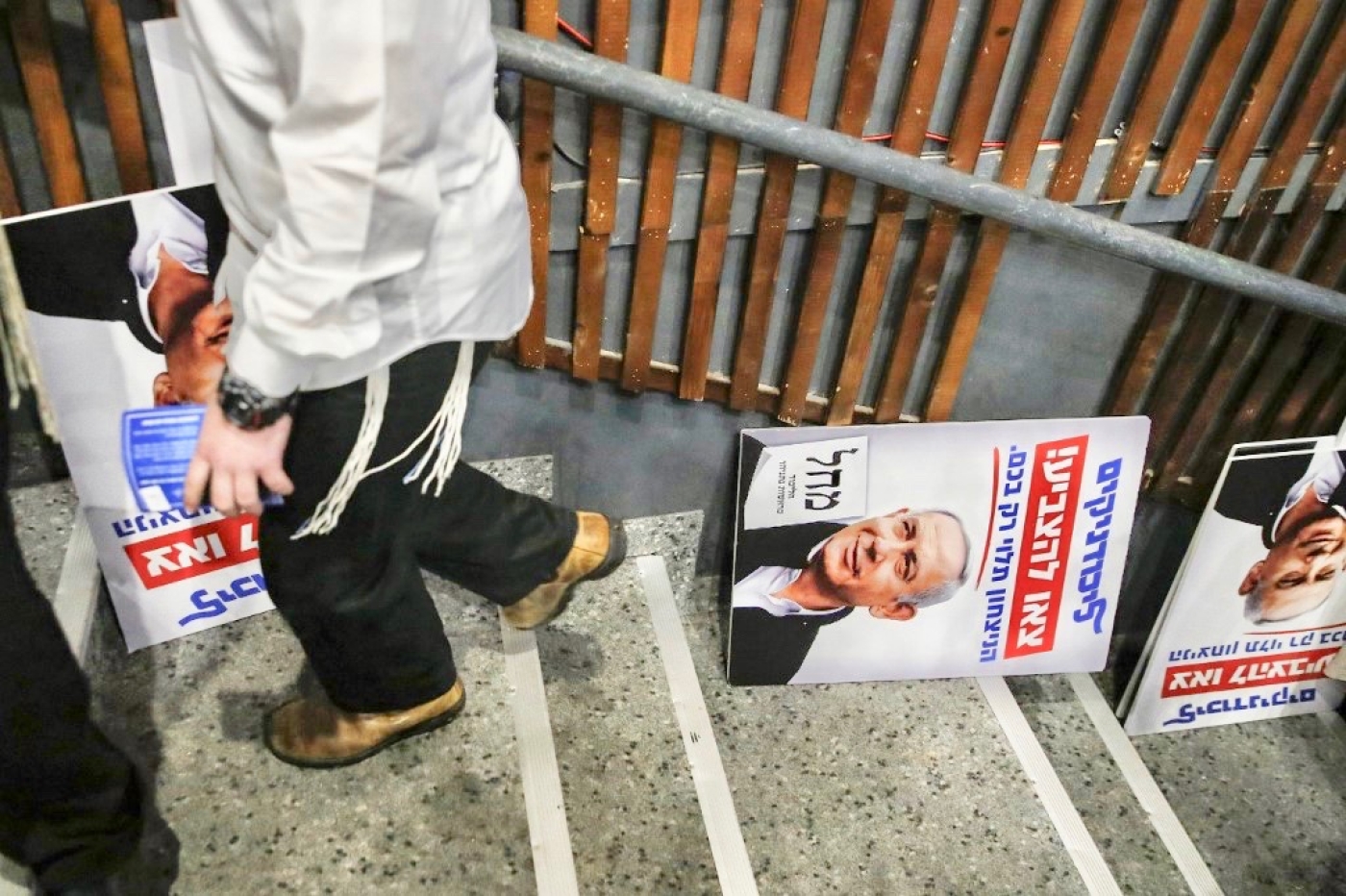 Israeli Prime Minister Benjamin Netanyahu and rival Benny Gantz were wrapping up another bitter election campaign on Saturday, before voters cast their ballots for the third time in 12 months on Monday.

After inconclusive elections in April and September, what Haaretz called the last opinion polls before the 2 March voting put the two opponents neck and neck in a gruelling political triathlon.

Netanyahu, Israel's longest-serving leader, has been charged on several counts of corruption but is battling fiercely to maintain his grip on power, AFP said.

In November, the 70-year-old, who has spent 14 years as prime minister, became the only head of government in the history of Israel to be indicted while in office. He is charged with corruption, embezzlement and breach of trust. According to the poll projections, Netanyahu's right-wing Likud and Gantz's centrist Blue and White alliance would each win 33 seats in the 120-member Knesset, Israel's parliament.

That result would be almost identical to the previous round, after which each leader tried and failed to form a government.

With a country largely jaded by three general elections in less than a year along with municipal polls in between, voter turnout is the great unknown.

In Israel's last election in September, turnout was 1.5 percentage points higher than in April because of an unexpected surge in Israeli Palestinian votes.

Israeli Palestinian parties, united in the Joint List alliance, garnered 13 Knesset seats, making them the third-largest grouping, after Blue and White's 33 and Likud's 32.

This time around they hope to do better still amid Israeli Palestinian voters’ opposition to US President Donald Trump's so-called Middle East peace plan, which is supported by both Netanyahu and Gantz.

The Joint List was projected to net 14 seats, up from 13, in two polls cited by Haaretz.

"We want the fall of Netanyahu because he is the greatest inciter against Arab citizens and the godfather of the 'deal of the century'," Joint List leader Ayman Odeh said, using a common nickname for the Trump plan. The plan endorses the Jewish state's major priorities at the expense of the Palestinians, who gave no input to the Trump initiative and rejected it immediately.

In previously unannounced television interviews aired separately on Saturday evening, Gantz and Netanyahu ripped into each another.

Netanyahu told private Channel 12 that his opponent, a decorated former head of Israel's armed forces, was "not fit to be prime minister" of Israel. "He is weak, he's not a leader," the incumbent said.

The same interviewer earlier asked Gantz if he would join a coalition under Netanyahu if the third round also failed to produce a clear winner.

"There is no situation in which I will sit under Netanyahu as prime minister when he has three charges against him," Gantz replied.

The opinion polls show that even with their respective allies - the right and Jewish Orthodox parties for Netanyahu and the centre-left for Gantz - neither side may be able to gather the 61 seats necessary to form a viable coalition.

There is another new element in this third round - the coronavirus.

Over the past 10 days, electioneering has shared media headlines with the global Covid-19 epidemic, which has reached Israel with four officially confirmed cases of infection.

Israeli authorities have set up a call centre to screen potential cases and reassure the public, and have denied entry to foreign travellers from various countries, most recently Italy.

Internal Security Minister Gilad Erdan has warned against potential attempts to spread false rumours about the outbreak in order to diminish voter turnout.

On the boulevards of Jerusalem and Tel Aviv, posters from the Netanyahu camp urged his supporters to come out on polling day to support their leader, whose graft trial opens on 17 March in Jerusalem.

If he cannot control 61 seats, he will find himself embroiled in frenzied horse-trading to try to stay on at the head of a coalition at the very moment when his trial for corruption begins. Inside Israel
Israel: Lieberman refuses to back either Netanyahu or Gantz as deadline looms