Prime Minister Benjamin Netanyahu confirmed on Monday that Israel has agreed a deal to thaw relations with Turkey and said it would be a huge boost for the economy.

Speaking in Rome after talks with US Secretary of State John Kerry, Netanyahu told reporters: "I think it's an important step here to normalise relations."

Earlier, an Israeli official had said Israel and Turkey reached a deal on Sunday to normalise ties that soured in 2010 after a deadly Israeli raid on a Turkish aid ship heading to Gaza.

Both sides have been seeking a deal in recent months, with Israel in search of a potential customer for its offshore gas exports and Turkey wanting to restore its regional clout.

Netanyahu said he would lay out the deal in detail later in the day, but said it "has immense implications for the Israeli economy, and I use that word advisedly".

"And I mean positive, immense implications," he said.

Kerry also hailed the deal as a "positive step".

Israel has committed to depositing some $20 million in a fund for compensation for the families of Turkish victims of the raid, the Israeli official said, ending all claims against Israeli soldiers.
Netanyahu has also come under pressure within Israel not to agree to the deal if it does not include provisions for Hamas to hand over four missing Israelis, including the remains of two soldiers presumed dead and two civilians believed held alive by Hamas in Gaza.
The Israeli official said Turkish President Recep Tayyip Erdogan agreed to instruct "all relevant Turkish agencies to help resolve the issue of Israel's missing citizens".
The deal is to result in the restoration of ambassadors, the Israeli official said.
The talks to restore ties, ongoing for months, have been accompanied by a change in tone from Erdogan.
Erdogan, a stout defender of the Palestinian cause, in July 2014 accused Israel of "keeping Hitler's spirit alive" over its offensive in the Gaza Strip that summer.
He has more recently said that "we, Israel and the Palestinians and the region have a lot to win from a normalisation process".
Aside from an apology for the 2010 raid, and compensation, the third and thorniest issue laid down by the Turkish side before the Sunday deal was the lifting of the Israeli siege of Gaza.
It now appears that an easing rather than full lifting of the blockade has been negotiated by the two sides.
Critics of the deal in Turkey have claimed that by just easing the blockade, Israel is reverting to the situation as it was pre-2010 that led to the Mavi Marmara expedition in the first place.

“It looks like the government has given up on its principles and values. It will lose support as a result,” said Ismail Bilgen, whose father was one of those killed on the Mavi Marmara.

“The Justice and Development Party [AKP] enjoys great support due to its resolute principled stance on issues but this move is in total contradiction to that.”

However Ahmet Uysal, a professor of Middle Eastern studies at Marmara University, said restoring ties with Israel is a strategic necessity and should be considered a positive development at any rate.

“Regional developments meant that Turkey found itself besieged on all fronts especially when the crisis with Russia is taken into account. Restoring ties with Israel became important to release some of the pressure on Turkey,” Uysal told MEE. 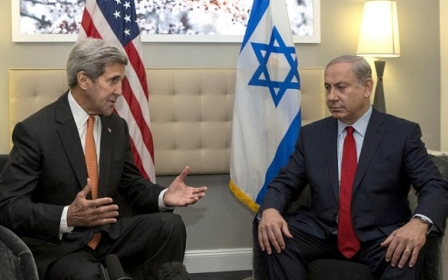