At least 20 killed in blast on Egyptian capital's Nile Corniche Road, with the Hasm militant group responsible according to the interior ministry 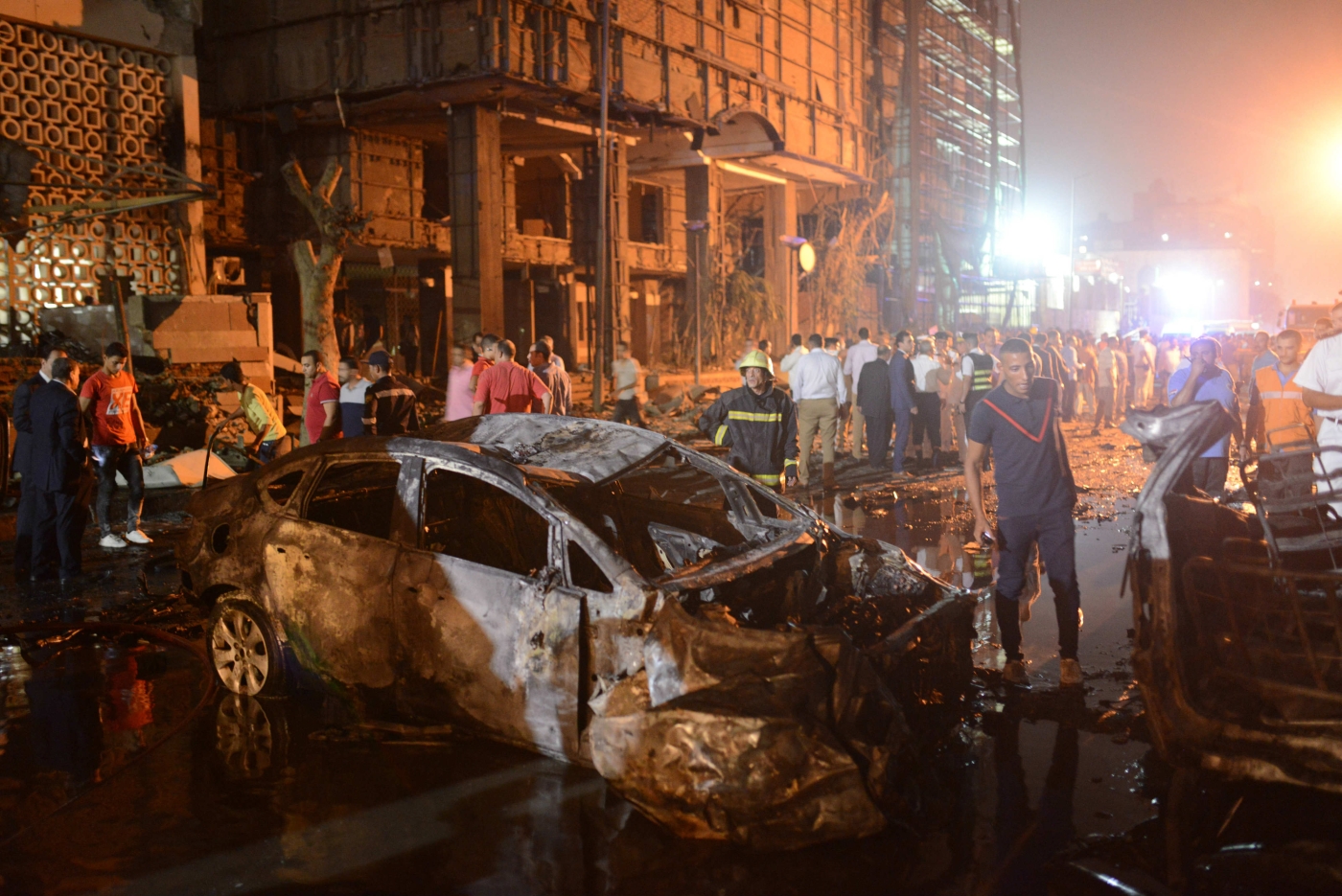 Shortly after the explosion, blazing cars could be seen in the roadway as firemen and passers-by struggled to help the injured (MEE/Jonathan Rashad)
By
MEE and agencies

An explosion caused by a speeding car that killed at least 20 people in a midnight blast in Cairo was a "terrorist incident", Egyptian President Abdel Fattah el-Sisi said on Monday.

The interior ministry said investigations at the site of the blast "revealed that it was a vehicle reported as stolen in Monofeya several months ago, and a technical examination indicated that the vehicle carried an amount of explosives that led to the blast", state-run Ahram daily reported on Monday.

The ministry accused Hasm, a militant group allegedly behind a number of terror attacks in recent months, of being responsible for the bombing.

Egypt's military and police forces have for years been battling to eradicate a resilient militant insurgency that has taken root in the country's northeastern Sinai Peninsula.

Although the militants have largely targeted government forces and officials, hundreds of civilians have also fallen victim to their attacks in Sinai and beyond.

The blast, which bellowed throughout nearby neighbourhoods, was first believed to have been the result of a car driving at speed against traffic and colliding with other vehicles on the busy road. However, residents of nearby areas doubted it was a regular accident.

Shortly after the explosion, blazing cars could be seen in the roadway as firemen and passers-by struggled to help the injured.

"We heard something that shook the entire workplace, which was really far away from the explosion scene," Ahmed Mostafa, one of the firemen at the scene, told Middle East Eye.

"Once we arrived to the scene we were told that it was not a bomb and the fact that it was a vehicle colliding with other vehicles.

"I do not think that was the case though. It was really loud and it sounded like a bomb," Mostafa, 37, added.

One local resident, Salwa, told the Reuters news agency that bodies had been fused together by the explosion and it was hard to believe it was the result of a car crash.

"There was a sound of an extremely loud blast. It was no way two cars crashing. The car must have been rigged with explosives," she said.

A Middle East Eye reporter on the scene saw a woman repeatedly saying:  "Why would my son suffer twice in his life, from a cancer sickness and then this."

Social media users posted footage of flaming cars at the scene and of patients being evacuated from the cancer institute.

Images of the institute's exterior showed massive damage, with tiles that lined the external walls fallen off and shattered.