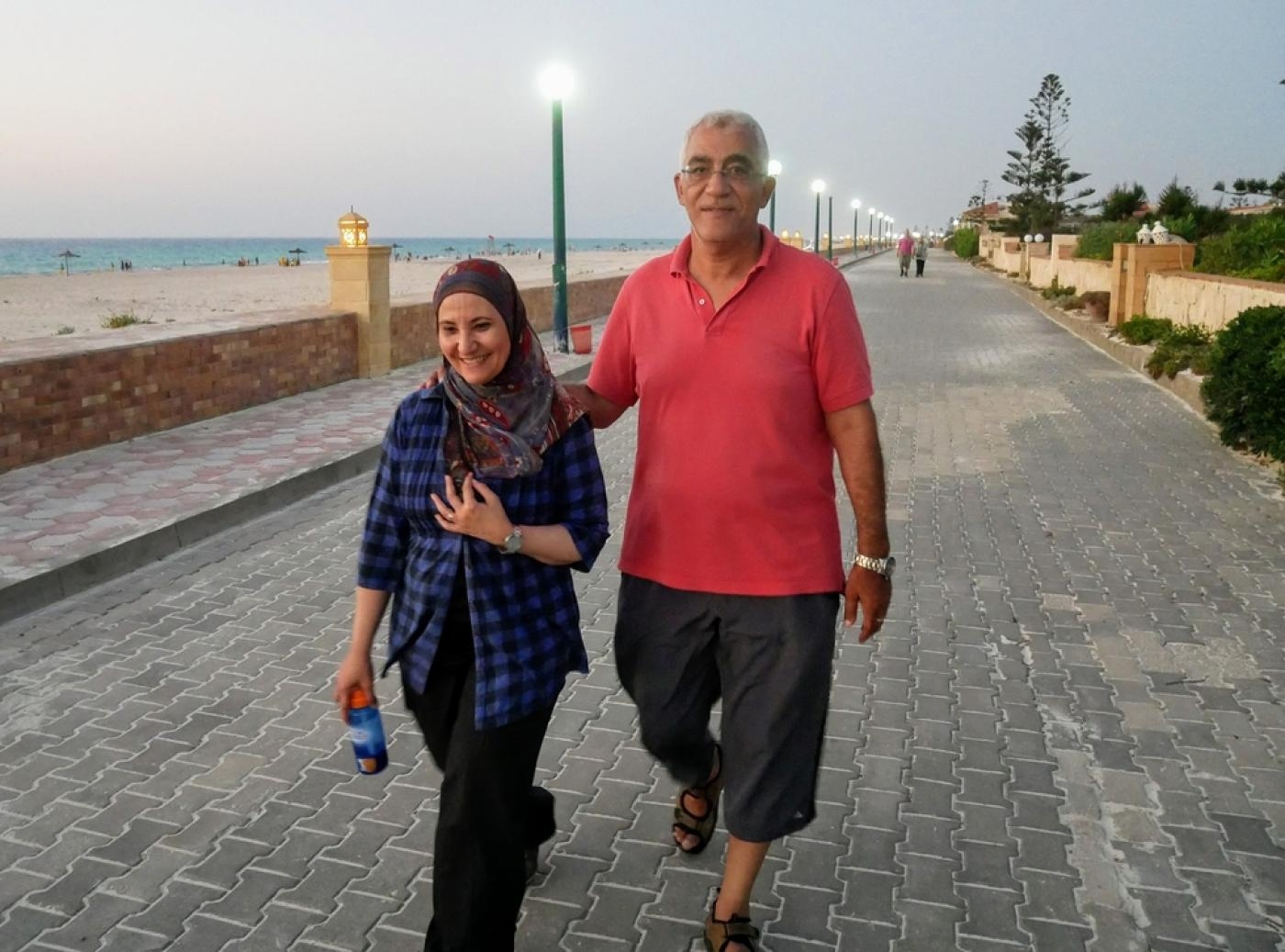 The daughter of Qatar-based imam Yousef al-Qaradawi has been granted conditional release by an Egyptian court after two years of imprisonment without formal charges, her family said.

However, a source close to the family told Middle East Eye on Wednesday that Ola al-Qaradawi has not been released from prison hours after the court's order. It remains unclear when she will be freed.

According to statement by her family, after she is freed Qaradawi must report to a police station three days a week and show up to court every 45 days.

Qaradawi was arrested with her husband Hosam Khalaf in 2017, shortly after a diplomatic feud broke out between Qatar on one side and Egypt, Saudi Arabia, the United Arab Emirates and Bahrain on the other.

Khalaf and Qaradawi were accused of links to the now-banned Muslim Brotherhood, but never presented with the evidence against them or given a chance to stand trial.

The couple's supporters have insisted that the accusations are politicised and linked to the diplomatic impasse between Cairo and Doha, not to any actual criminal offence.

Pre-trial detention guidelines in Egypt allow the imprisonment of suspects for as long as two years without official charges.

Khalaf has yet to appear before a court after passing the two-year mark in prison. His hearing was postponed because of security measures for the African Cup of Nations, which is being hosted by Egypt, the family said.

Qaradawi had been held in solitary confinement under dire conditions for much of her detention, according to her family.

On Tuesday, Free Ola and Hosam Campaign, an advocacy initiative, welcomed the news of the decision to release Qaradawi but called for granting her full freedom as well as releasing Khalaf.

"While we hoped for full justice today, my children and I are relieved that my mother will be released," Aayah Hosam, the couple's oldest daughter, said in a statement.

"We are grateful to God and we are hopeful that this is the first step towards her full freedom. Ola deserves to be with her children and family and should be given a full and unconditional release. I pray that my father will be released without delay as well."

Hosam, a US citizen, had been leading lobbying efforts to convince American policymakers to push for the release of her parents, who had been granted US residency before their arrest. Late last year, 46 members of the US Congress wrote a letter to Secretary of State Mike Pompeo to push for the release of the couple.

In a video message released on Monday, Hosam called on the Egyptian authorities to comply with their own laws that limit pretrial detentions to two years and release her parents.

She lamented that her own daughters are growing up without their grandparents and highlighted numerous challenges that have arisen in her parents' absence.

For example, Khalaf's mother died while he was in detention.

He was not able to visit his mother when she was sick, and not only did he miss her funeral, but he did not find out about her death until weeks after the fact because of restrictions on communication with the outside world.

"He had to go through that grief alone. No one was there to comfort him, nor was he outside to comfort anyone of us," Hosam said.

Several human rights organisations have condemned the detention of the couple, including Human Rights Watch and Amnesty International.

"For the last 732 days Ola has remained in solitary confinement, subjected to the worst conditions known in her prison," the Free Ola and Hosam Campaign said in a statement on Wednesday.

"Hosam has also remained in detention and denied all his rights, even the most basic privileges other detainees receive."

The campaign decried the failure of the Egyptian legal system, which critics of President Abdel Fattah el-Sisi say has become a tool to brutally crush dissent.

"Both have been routinely renewed every 45 days without charge," the campaign said of the couple. "There is no investigation and no evidence has been presented to the courts. Their lawyers have never been given a single file on the case."